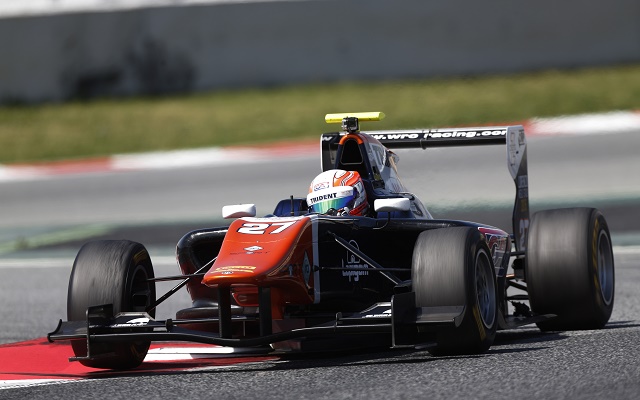 The vast majority of the session was controlled by Esteban Ocon and improvements after an early flurry of activity were seemingly few and far between.

But after Marvin Kirchhofer spun off, bringing out the red flag in the closing stages, a number of drivers picked up the pace.

Jenzer’s Matheo Tuscher vaulted into first with two minutes to go, only to be overtaken by Tunjo a few seconds later.

But Tunjo himself would have to settle for second, with Ghiotto denying him at the final attempt.

Tuscher ended up third, ahead of Ocon and fellow FIA F3 graduate Antonio Fuoco. Another newcomer – Campos Racing’s Alex Palou – followed them in sixth after remaining second to Ocon for most of the practice.

Ralph Boschung and Mitch Gilbert were separated by just 0.009s in seventh and eighth, while Jimmy Eriksson took ninth despite limited running. Alex Fontana rounded out the top ten.

Kirchhofer wasn’t the only one to hit trouble during the session, with Arden’s Kevin Ceccon stopping with seeming engine problems.