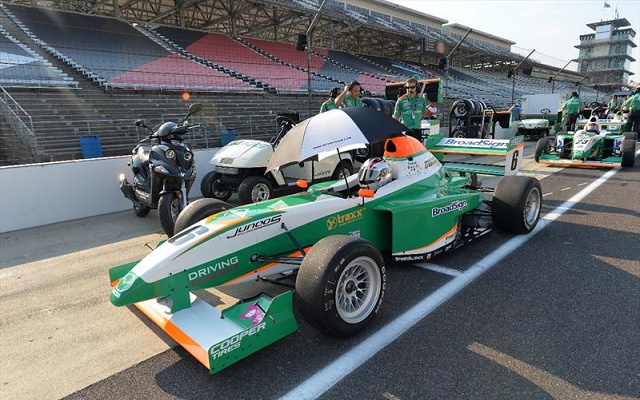 Buret’s fastest time was two-tenths ahead of that of?Santiago Urrutia, the NOLA race winner?who currently lies second in the championship standings for Team Pelfrey.

Weiron Tan, who won yesterday’s race from pole position, will now line up 5th next to Patricio O’Ward, who celebrates his 16th birthday this weekend.

Behind the all-rookie lockout of the first three rows on the grid, Juncos Racing teammates?Garrett Grist?and?Jose Gutierrez will make up the fourth row, while the fifth hosts?Victor Franzoni, the Brazilian USF2000 driver making his Pro Mazda debut this weekend, and champoionship leader?Neil Alberico, who now holds an eleven-point cushion over Urrutia going into the second race this afternoon.

Bobby Eberle was the fastest of the expert class field, and will line up 18th in a field of 21 entrants – the largest Pro Mazda field of the season to date.