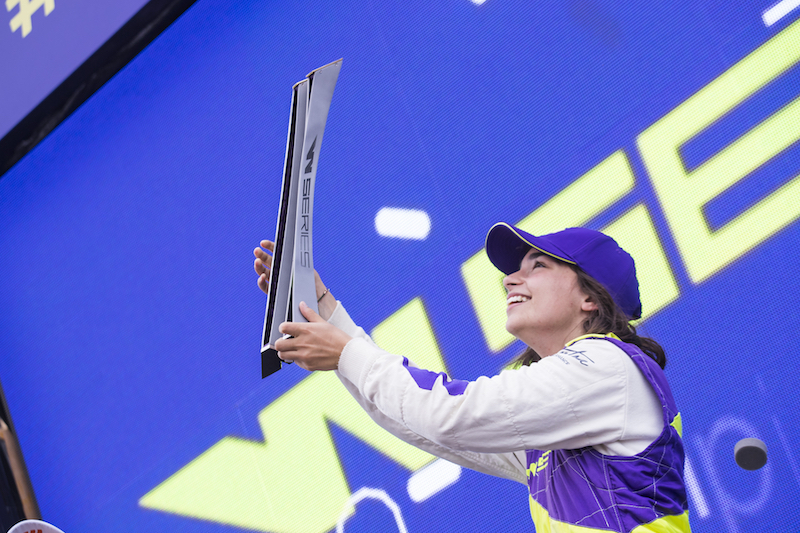 W Series champion Jamie Chadwick will return to Formula Ford 1600 next month after signing a deal with race Graham Brunton Racing to race in the Walter Hayes Trophy.

It will be Chadwick?s second taste of the Silverstone-based event, having made it to the final with Scottish team GBR in 2017.

The Williams Formula 1 development driver, who was also MRF Challenge champion this year and is an Aston Martin Autosport BRDC Award finaliest, said she was keen to make the WHT a permanent fixture in her career.

?I absolutely loved the first time I did it two years ago, and I always said I wanted to make sure I raced in it every year,? Chadwick told Formula Scout.

?Unfortunately last year it didn?t work out, but I am really glad I am able to be back with Graham this time around.?

Despite engine issues hampering her progress in the 2017 final, Chadwick impressed on her first outing in a manual car which she described at the time as ?mega fun? and ?an essential stepping stone? for young drivers.

?The cars offer such great racing. They are cheap to run and they really do give you all the lessons you need to go racing. A manual gearbox, less aero, heel and toe and a clutch, so it?s something I?d definitely recommend.

?It was a no-brainer to come back with Graham, I feel like I can do better than the first time. I?m doing this for fun essentially, but it?s going to be very competitive and I can?t wait.?

?We are delighted to welcome Jamie Chadwick back to FF1600 and the Walter Hayes,? said GBR team manager Craig Brunton.

?To have her working with Logan is going to be mega as I think they will work well together. Logan is excited at the prospect of working with a fantastic role model as Jamie.?

The Walter Hayes Trophy takes place on November 2/3 on Silverstone’s National layout, and is expected to attract more than 100 entries from across the globe.