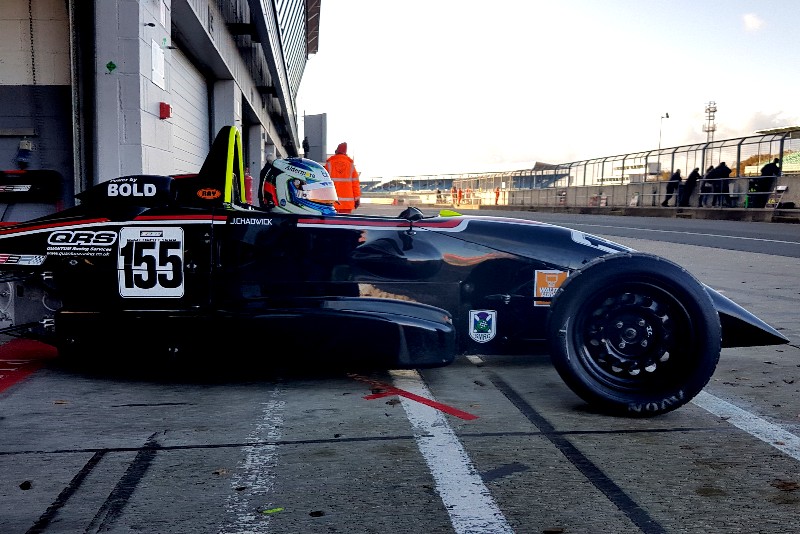 W Series champion Jamie Chadwick has revealed during her Walter Hayes Trophy return that she could race in Japanese Formula 3 next year.

The 21-year-old, who also won the 2018-19 MRF Challenge title, is confirmed to be defending her W Series crown and is looking to race in another single-seater series alongside.

She drove in Euroformula Open free practice at Silverstone in September, and had a second taste of the now retired Dallara F317 chassis with Double R Racing last month.

“A few weeks ago I did a day at Pembrey with Double R Racing,” Chadwick told Formula Scout.

“It was building towards the [Aston Martin Autosport BRDC] young driver award more than anything else, but we’ll see [if it leads to racing]. I did my best [in AMABA]. I didn’t leave disappointed. It’s going to be tough to win, the level is pretty high.

“I could potentially race. We’ve got to look at calendars. W Series it still announcing a few dates. But if we can get a programme together, it will be very fun to do that, or maybe Japanese F3. I’m talking to a few teams there, so we’ll see.

Euroformula and Japanese F3, to be renamed Super Formula Lights for 2020, will both introduce the halo-shod Dallara 320 next year. While the new car can be bought as a bodykit to add to the F317, none have made available for delivery so far.

W Series has also announced six rounds for its second season next year, but there are plans for at least one addition to the calendar – not necessarily taking place in Europe.

The revelation came during last weekend’s WHT, which Chadwick was contesting with Scottish team Graham Brunton Racing. Chadwick qualified and finished eighth in her heat, which took place in varying weather conditions at Silverstone.

“It’s been a bit tricky. We were really quick on Thursday testing in the dry, we were quite quick in the full wet on Friday. But the intermediate greasy conditions haven’t really suited GBR much at all.”

In her semi-final, Chadwick battled through to 13th, but departed the final early in a crash that led to a red flag.

“I got tagged around at Luffield. Somebody showed their nose and I didn’t quite see it. Got tagged around and I thought that was the worst of it, but obviously there’s so many cars on this grid – I was unsighted by Jamie Stanley coming through, he came round and T-boned me.

“It was a bit unfortunate. It was an enjoyable race; it was chaos, as ever.

Chadwick is already planning a WHT return in 2020, and to add the Formula Ford Festival if it fits her schedule.