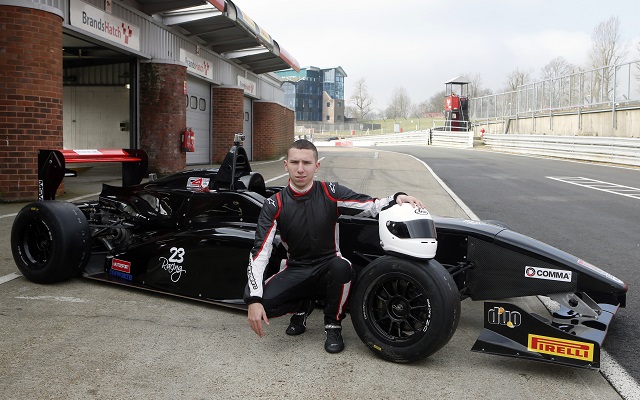 The BRDC F4 Championship has announced its newest addition to the 2015 grid in the form of James Reveler and the 23 Racing squad.

18-year-old Reveler steps up from karting, in which he won the Lightweight Sprint Champions Club 100 title in 2013 and then Kent Karting Championship in Rotax Max last year.

?I am delighted to be joining a series as competitive as the BRDC Formula 4 Championship,” he said.

“There’s a vast number of highly experienced and fast drivers so it will be a steep learning curve for me. However, I hope to develop as a racer throughout the year and post some competitive results.?

23 Racing was established by Dan Woodrow in 2008 as DW Racing and has competed in Formula Ford Duratec and Fiestas.

?I have been watching the BRDC Formula 4 Championship with interest since its inception,” said Woodrow.

“This season was the perfect opportunity to finally get on-board and with the new car arriving in autumn, we are looking to establish ourselves in the series ahead of its introduction. We are very much a family set-up and Formula 4 suited us perfectly with its controlled specifications and level-playing field and we are very excited for the year ahead.?

Daniel Abt gets LMP1 campaign with Rebellion team