Daniel Abt gets LMP1 campaign with Rebellion team 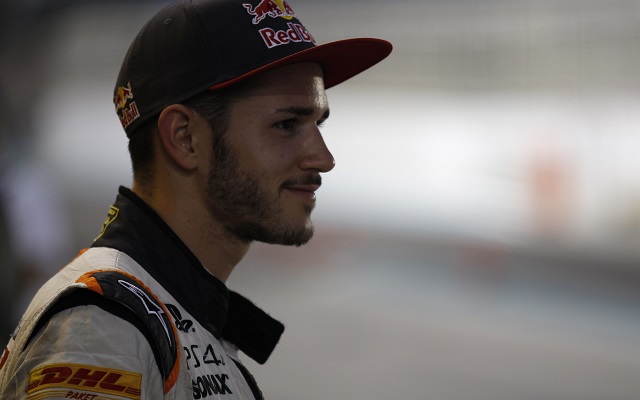 Single-seater ace Daniel Abt will compete in the premier class of the World Endurance Championship this year after securing a deal with the Rebellion Racing team.

The German will share one of the Swiss entrant’s two LMP1 cars with fellow new signing Alexandre Imperatori and team regular Dominik Kraihamer.

Winner of the ADAC Formel Masters title in 2009, Abt then spent two years in Formula 3, finishing runner-up in the German cup and seventh in the Euro Series.

Arguably the highest profile success of his career-to-date came in a single season of GP3 in 2012, when he finished second and missed out on the title by just two points at the final race.

Two difficult seasons in GP2 followed, yielding a best result of fifth (which he achieved on four occasions).

Abt has been racing in the inaugural season of Formula E with his family’s Audi-linked Abt Sportsline team.

?I?m proud to be contesting the WEC with Rebellion Racing,” he said.

“This additional programme alongside Formula E is an enormous boost for me: I?ll drive a closed cockpit sportscar for the first time, share driving duties with two other team-mates and also make my debut at Le Mans in the 24 Hour race. Le Mans is an enduring motorsport legend ? it?s a fabulous feeling to know that I?ll be there this year.

“Even though the majority of this will be new to me, as far as power and downforce is concerned my experience from GP2 will certainly help in sportscars. On top of this, I have a strong team and experienced team-mates at my side. Formula E and now WEC ? this a fantastic combination which I?m really looking forward to.?

Ameya Vaidyanathan to also race in MSA Formula for JTR