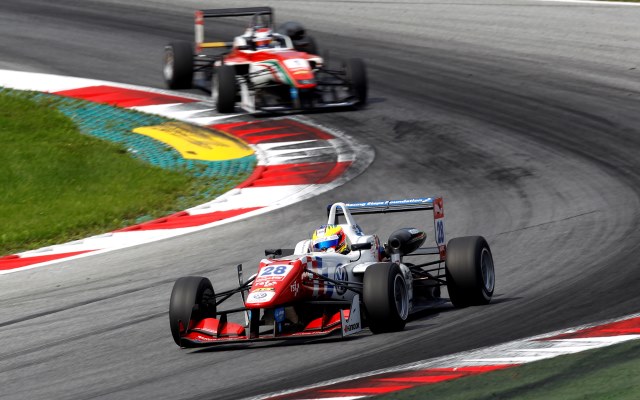 FIA F3 European Championship racer Jake Dennis has moved from Carlin for Prema for his second year in the series.

Racing Steps Foundation driver Dennis finished ninth in the 2014 standings as a rookie with podiums in Pau, Spa-Francorchamps and Spielberg.

For next season he will join Italian outfit Prema, who have won the last four drivers’ titles with Roberto Merhi, Daniel Juncadella, Raffaele Marciello and Esteban Ocon.

“I’m delighted to learn that I have retained the backing of the Racing Steps Foundation for a second year in the European Championship,” said the 19-year-old, who won the Intersteps and Formula Renault 2.0 NEC titles in 2011 and 2012 respectively.

“It’s where I want to be, for sure. I learned an awful lot in my rookie season and am extremely grateful to all those helped me along the way.

“I now look forward to returning to the series with Prema which has a fantastic pedigree in F3. This year I finished third in the rookie standings and, but for a few mishaps along the way, would have finished higher.

“Hopefully next year, with a crack squad like Prema, I can show what I know I?m capable of and be in the hunt for the title from the word go.”

Team manager Rene Rosin added: “Dennis showed he is the right driver for us, the one that can help Prema to stay on top for the fifth straight year.

“Jake is aggressive, but also smart, and quick on every type of racetrack. We will do our 100% to put him in the position to accomplish the feature and I thank the Racing Steps Foundation for trusting us with Jake.”