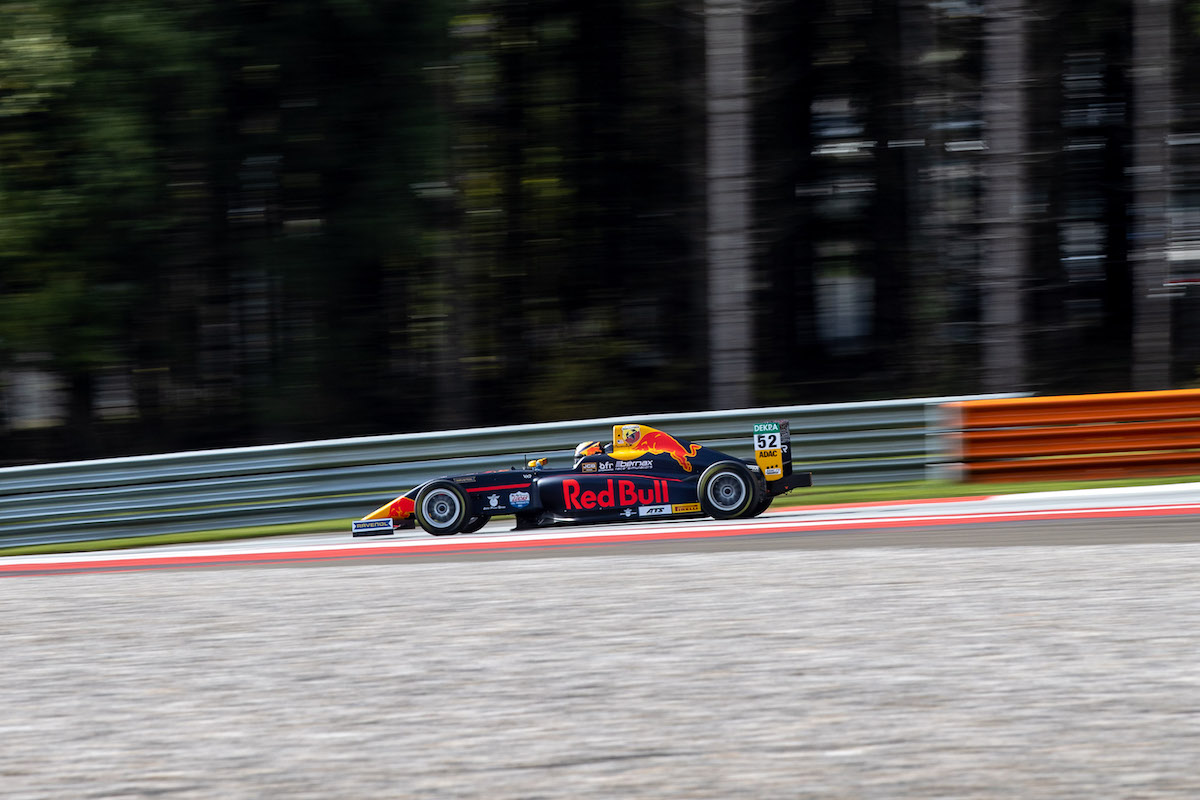 Jak Crawford picked up his second ADAC Formula 4 victory of the season at the Red Bull Ring, completing a dominant weekend in Austria for Van Amersfoort Racing’s Red Bull juniors.

Crawford driver came through from seventh on the reversed grid to snatch the lead mid-way through the race.

Once ahead, Crawford checked out, finishing more than 4.5 seconds ahead of the battling Elias Seppanen and Victor Bernier.

Eighth placed in the second race of the weekend put Erick Zuniga on pole position for race three. The Mucke Motorsport driver didn’t get the best getaway, allowing Vlad Lomko and Seppanen to come through, but then soaked up the pressure as he tried to defend third place.

Zuniga built a train of cars as he held of Kirill Smal, allowing Lomko and Seppanen to get away at the front of the order.

Seppanen soon took the race lead and Lomko came under pressure from Crawford once the VAR driver finally found a way past Zuniga.

It took a handful of laps for Crawford to find a way past Lomko, but the move on Seppanen appeared much easier as he swept past the US Racing run driver.

Within half a lap, Crawford was 0.5s up the road, and would be untouchable throughout the second half of the race.

Seppanen came under pressure from Victor Bernier late in the race. Bernier spent much of the race stuck behind Zuniga before he finally got through, forcing Zuniga wide in the process. He got alongside Seppanen multiple times but each time Seppanen was able to hold the racing line and kept Bernier behind him.

He finished 0.455s ahead of Bernier to take second, while Lomko held off Tim Tramnitz to finish fourth.

After his wins in races one and two, Jonny Edgar had a much harder time climbing up through the order than his team-mate Crawford. He managed to stay out of trouble, but did receive a black and white warning flag for exceeding track limits late in the race.

He became stuck behind Smal in the closing lap, with Ollie Bearman and Josef Knopp close behind. Such was his advantage at the start of the race, he still holds a healthy lead at the top of the championship order, but his seventh-place finish means Crawford cuts into his advantage.

Joshua Duerksen spent much of the race running sixth before he was handed a drive-through penalty for exceeding track limits and dropped to the back of the order. The incident moved Zuniga back into the top 10 after his earlier trip through the gravel.