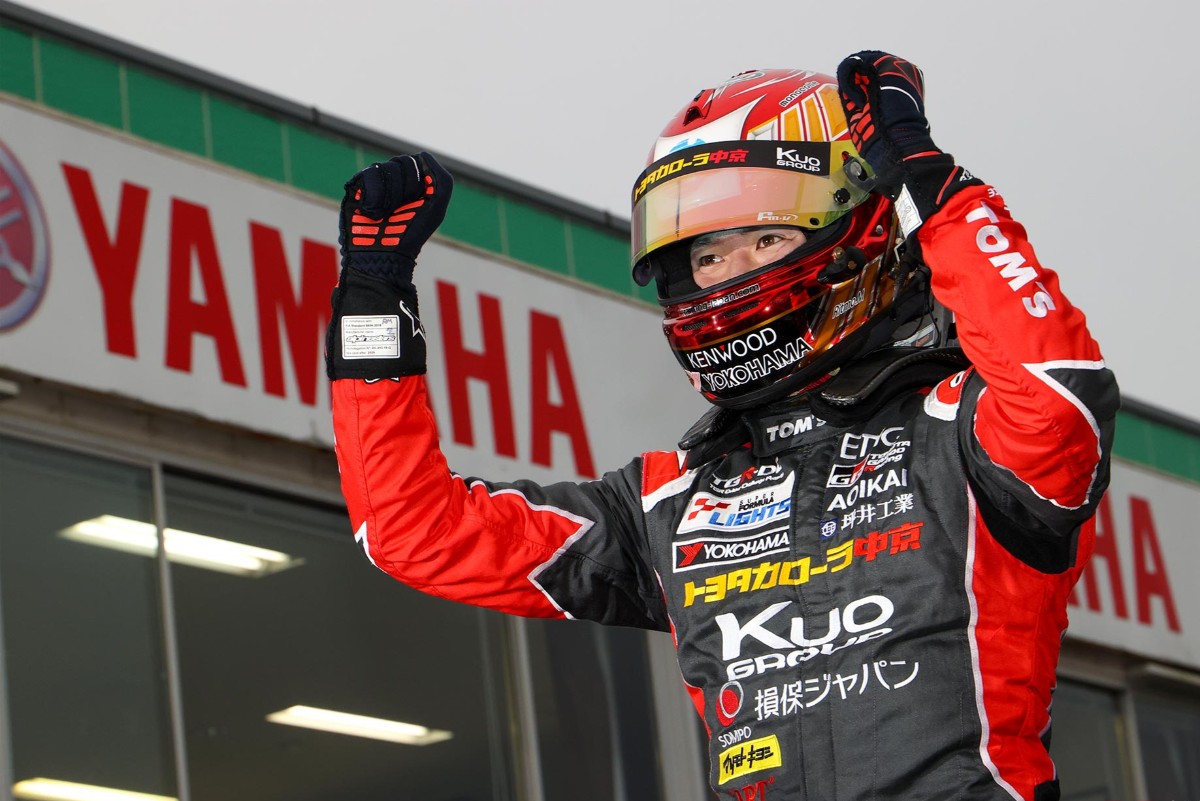 The TOM’S driver was beaten in the wet qualifying session by B-MAX Racing’s Sena Sakaguchi, but had the better of his title rival on a far drier track in the first race of the weekend.

Sakaguchi wheelspan off the line on the damper side of the track, allowing Miyata to take the lead before the first corner as his team-mate Kazuto Kotaka fended off to RS Fine’s Shunsuke Kohno for third.

Miyata immediately pulled away, and opened up a gap of 9.596 seconds over Sakaguchi in the 26-lap race. A further six seconds back was Kotaka, who initially kept with Sakaguchi but ended up having to be wary of Kohno again late on.

The only other driver not to be lapped was B-MAX team boss DRAGON, who finished a career-best fifth. The series veteran, who has raced full-time in the series in 2013, therefore claimed his first points on his 128th start.

Sakaguchi mae better use of pole in race two, immediately swiping across to defend from Miyata. Squeezed between Sakaguchi and the pitwall, Miyata briefly got his nose ahead before running over the Turn 1 kerbs lost him momentum and freed Sakaguchi into the lead.

A queue of cars formed behind Miyata for the rest of the lap, with Kotaka claiming third from Toda Racing’s Teppei Natori at the start of lap two. A loose moment through S-Cure enabled both Natori and Kohno to draw alongside, with Natori successfuly reclaiming the position at the next corner.

Natori and Kotaka lost several seconds to the front two in the proccess, then continued to battle through to Horseback Corner, where Natori ran Kotaka wide and he fell behind Kohno.

Kohno pressured for third at the start of lap three, and the closest he got to passing Natori as he shadowed the Honda junior for the rest of the race.

The lead battle opened up in the early laps, with Miyata closing back in late on but still finishing 1.454s behind.

Miyata started race three from pole and led lights-to-flag, with the podium positions set on the opening with Sakaguchi in second and Kotaka in third.