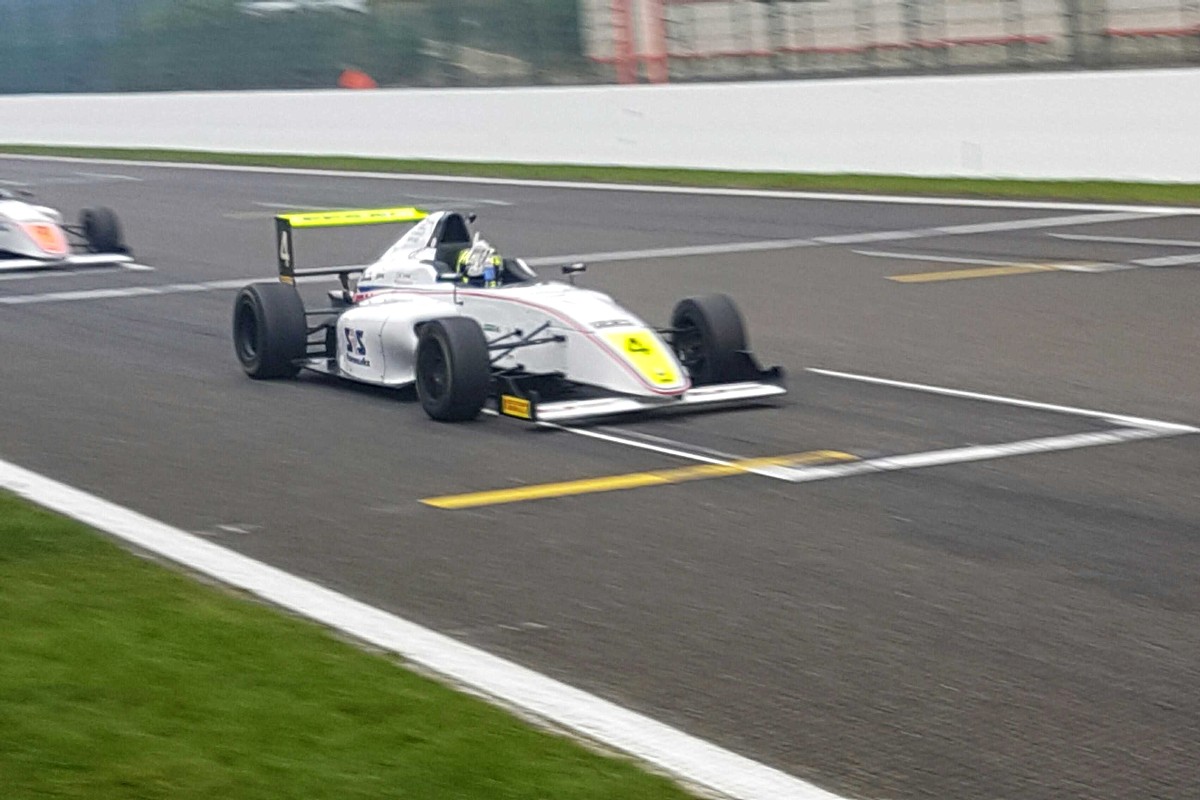 Honda junior Ayumu Iwasa strengthened his grip on the French Formula 4 title lead with his eighth win of the season ar Spa-Francorchamps.

The Japanese driver shadowed poleman Sami Meguetounif through most of the race, falling as far back was 1.775 seconds before drawing the Frenchman in.

At the start of the seventh lap of nine there was less than half a second between the pair, enabling Iwasa to make use of the slipstream down the long Kemmel Straight. He ended the lap in the lead, and, while he did briefly pull away, Meguetounif responded with fastest lap on the final tour but couldn’t stop Iwasa from winning.

Ren Sato made up two spots on the opening lap to finish third behind them, and is now 57 points behind Iwasa with two rounds to go.

Isack Hadjar kept himself in title contention by finishing fourth after charging up the order from the back of the grid, and was alongside Sato as they met the chequered flag.

Valentino Catalano and Marijn Kremers had mistake-free runs to fifth and sixth, eventually shaking off the challenge of Loris Cabirou behind.

Eighth place changed hands on the final lap, with Lev Lomko and Rafael Villagomez both passing Owen Tangavelou through the final corners to demote the Frenchman to 10th.