Jagger Jones on pole for USF2000 opener at Indianapolis 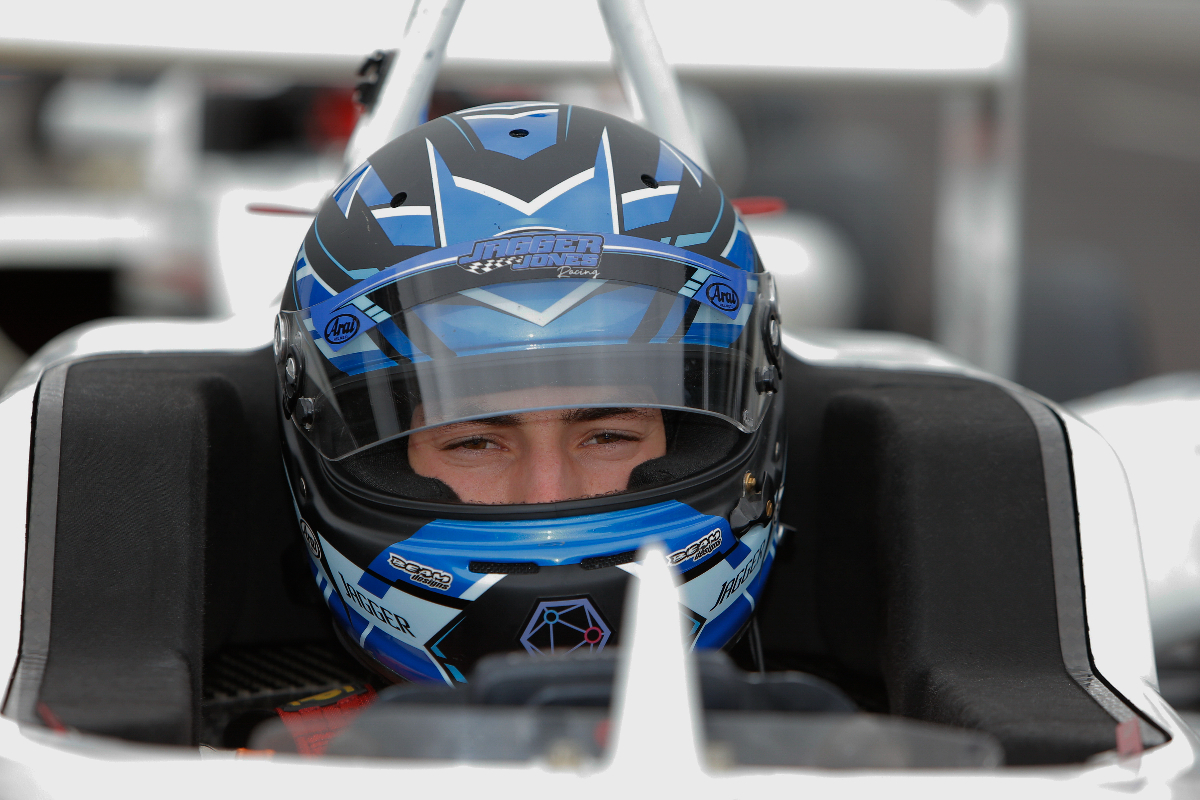 The sole qualifying session was split into two by a red flag stoppage caused by Jay Howard Driver Development’s Jorge Garciarce, and it was Legacy Autosport’s Simon Sikes who was on top after the first flying laps.

He was edged by Jones and then Cape Motorsports’ Michael d’Orlando, with Thomas Nepveu and Nicky Hays slotting into third and fourth in the opening five minutes.

Pabst Racing’s Jace Denmark was next to go the top by becoming the first driver to lap in the 1m25s and just pipping an improving d’Orlando, then Velocity Racing Development’s Quinn showed his ominous free practice pace by sneaking in a 1m25.7735s lap to go fastest before red flags came out.

There was a break of five minutes before qualifying restarted, and another four minutes before improvements were posted as Pabst’s championship leader Myles Rowe rose to third. He was quickly knocked back down the order as Jones set a 1m24.4479s to go fastest ahead of Nepveu, d’Orlando, Quinn and Bijoy Garg.

Jones got even faster after, meaning when Quinn posted a 1m25.4910s with a minute to go he was still on provisional pole by 0.0656 seconds.

Nepveu couldn’t find any more laptime with his final effort and so Jones was guaranteed pole and with the top three covered by less than a tenth of a second. The top 20 were within a second, with JHDD’s Danny Dyszelski the last of those cars. In addition to Garciarce’s issue, his other team-mate Yeoroo Lee spun at turn one shortly after the restart.

An impressive 11th was the camoeing Chase Gardner, who is debuting with DEForce Racing this weekend then doing a test-only programme ahead of a planned campaign in 2023, and two positions ahead of him was fellow first-timer Joey Brienza.

The fastest laps from qualifying set the grid for race one, while drivers second-best laps will be used to set the race two grid unless they set a faster lap during the opening race. The same applies for setting the race three grid.