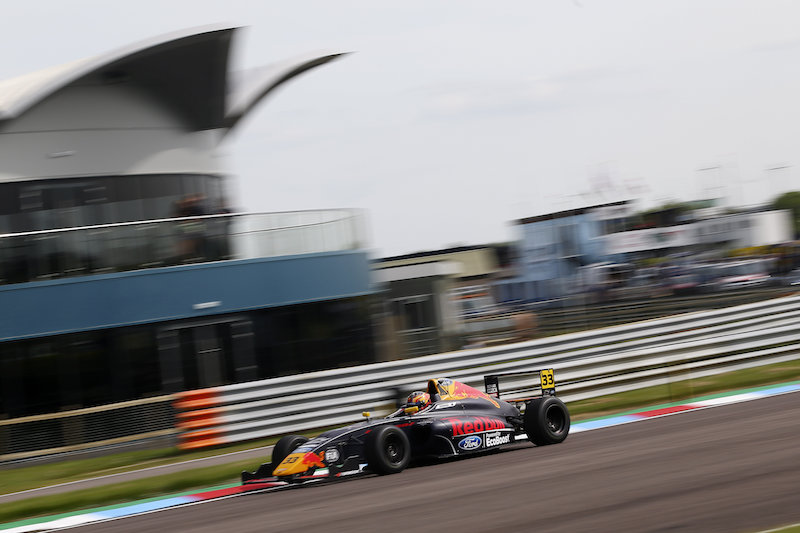 Jack Doohan claimed his first car racing win while Ayrton Simmons reclaimed the lead of the British Formula 4 standings in the final race of the weekend at Thruxton.

After running behind team-mate Dennis Hauger early in the race, Doohan managed to get ahead and distance himself from the battle for P2.

The Red Bull Junior left the rest of the field behind, eventually finishing almost seven seconds ahead of Simmons.

As Doohan pulled away, Hauger was joined by Simmons, Patrik Pasma, Sebastian Alvarez and Kiren Jewiss in the battle for second.

The positions seemed to swap places at every opportunity, with Pasma, Simmons, and Hauger all occupying the runner-up position at some point.

A move around the outside of both Hauger and Pasma put Simmons in second late in the race, and the JHR Developments driver was able to make a small gap to the Arden drivers.

Simmons finished just under a second ahead of Hauger, reclaiming the championship lead in the process.

Pasma finished fourth ahead of Jewiss and Sebastian Priaulx, who managed an impressive recovery drive after starting outside the top 10.