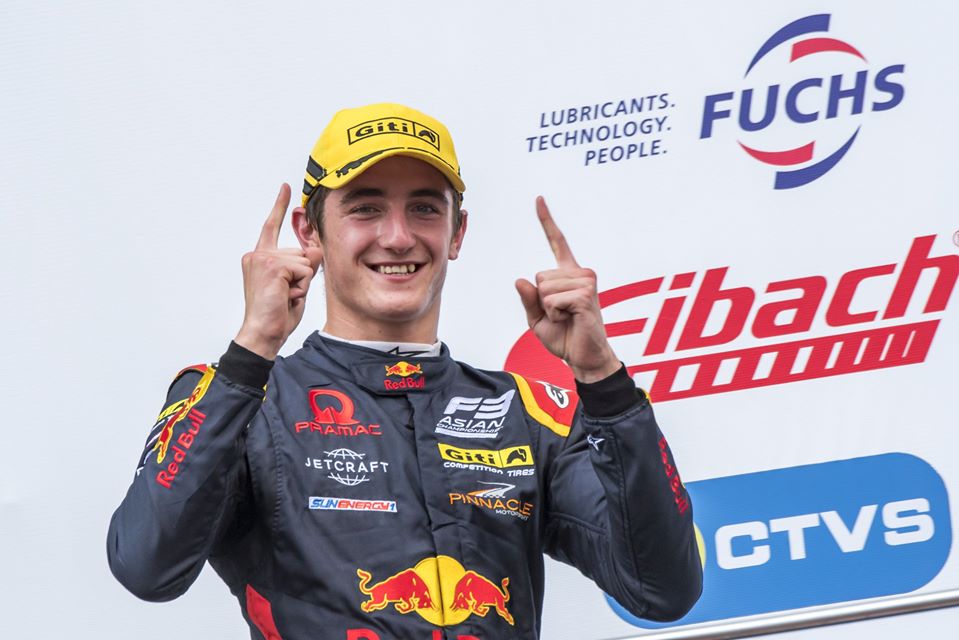 Jack Doohan stormed to victory in all three Asian Formula 3 races at Sepang to close the gap on points leader Joey Alders.

Pinnacle Motorsport?s Doohan headed into the weekend 48 points behind BlackArts Racing?s Alders, and has narrowed it down to 15 ahead of the season finale.

The Australian started the weekend by taking a double pole, with reigning champion Ukyo Sasahara joining him on the front row. Alders could only qualify seventh for the first race, but improved to third on the grid for race three.

Race one started wet and two formation laps were required, but it was only the returning Miki Koyama who was brave enough to switch to slick tyres.

Doohan held the lead from the start, with Nikita Mazepin in second while his Hitech GP team-mate Sasahara dropped down the field. Alders went the opposite way and it didn’t take long for him to catch Jamie Chadwick in third.

After passing Chadwick, Alders pinned down Mazepin for second. The Russian soon fell behind Chadwick and Pietro Fittipaldi too. Doohan won with 2.107 seconds in hand, as Chadwick recorded her first podium. Koyama?s gamble failed as she finished a lapped 10th.

Alders started at the front in race two, but Doohan wasn’t far behind the first time they went into the slippy first two corners. On lap four of 15, he made his way past at Turn 4 and romped to another win.

A four-way battle soon emerged with Alders, Chadwick, Mazepin and Sasahara fighting for the podium.

Alders fell back to a disappointing eighth, while Mazepin bettered Sasahara and Chadwick for second place.

Doohan blitzed the race three start, as Sasahara stalled. It was once again Alders in second, but he couldn’t get near his title rival.

A fast start took BlackArts’ Yu Kanamaru to third, and he held the position comfortably until a late Mazepin charge which carried Fittipaldi in his wake. Chadwick finished behind them in sixth.

Thomas Luedi’s now leads the Masters Class points due to absent opposition, while all four Malaysian drivers entered for the weekend – Najiy Razak, Alister Yoong, Dominic and Gilbert Ang – retired from race one and skipped the other two.