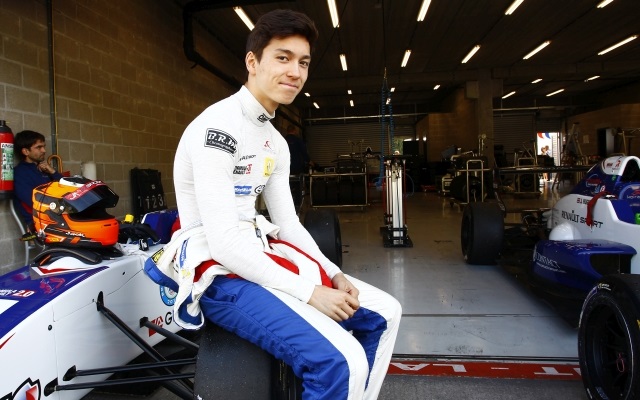 Impressing in three different campaigns and two cars during his first couple of single-seater seasons and being nominated for the prestigious Mclaren Autosport BRDC award, Jack Aitken had quite the recognition already at the end of 2013.

In the following year he became an even bigger name on the junior scene after emerging as frontrunner in the ever-competitive Eurocup category. Things did not start smoothly though, as the early rounds went by without any success for him and for his similarly promising teammates at Fortec.

“The school was not helping but for sure we were missing something in the car because we had three good drivers in me, [Matt] Parry and [Martin] Rump and we were all struggling,” he recalled.

“In the second half of the season when we did sort the car out we were mega and we were fighting for wins.”

Indeed, Aitken’s pace suddenly skyrocketed from the fourth round onward. He qualified into the top six five times out of eight occasions and converted those into four podium finishes. He was the second-best in the field in that regard behind champion Nyck de Vries and could have also been runner-up in the standings if not for the slow beginning.

His status as a title favourite for the forthcoming season was boosted even more after his visit to America in the winter to contest the Pro Mazda Winter Series.

“I’m quite good friends with Team Pelfrey who ran me in all of the races I’ve done over there. We went to the final round in August to get a taste of America because I know some guys I know went over there, like Jack Harvey who really enjoys it,” explained Aitken.

“To warm up for the Eurocup season we thought it’d be a good idea to be in the Winter Series, then we went out there and won the championship so it was quite successful.”

Despite all the good results though, Aitken has no intention moving there in the near future and the reason is quite obvious. “The new Indy Lights car is quite impressive but at the moment we’re still looking to move forward in Europe because I feel like that’s where the best competition is.”

He might just have a point – more than half of this year’s Mazda Road to Indy races were won by recent European graduates. 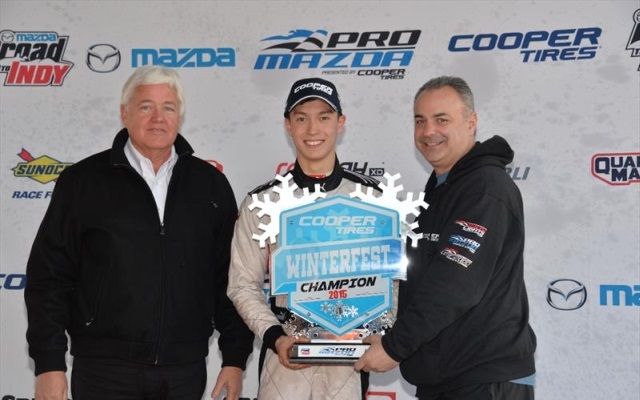 Another notable event over the winter was his departure from Fortec Motorsports, the team he’d spent the first stage of his career with. In 2012, he joined the squad in the now-defunct Intersteps championship, which Aitken speaks highly of.

“It was not a bad quality at the front but we often struggled to get more than ten cars on the grid which is never good and it was hard to show that to the people. The car itself, the BMW, was always a good car to learn the basics. If I had the choice back then again, I’d still do that than say, Formula Renault.”

2012 also saw the beginning of a three-year-long partnership with Matt Parry, who entered and won Intersteps with Formula Ford experience under his belt. Aitken spent the majority of that and the next season of Formula Renault 2.0 NEC closely behind Parry but in Eurocup, when it really mattered, the tables were turned.

“Matt was always a year ahead of me and when I first joined Fortec he was actually a really good reference to drive and bring myself up to his level. By the end of 2013 and when the Eurocup came last year I was up to his level and then beating him.”

For 2015, they both joined the ranks of Koiranen but in different series. While Parry switched to GP3, Aitken stayed in Eurocup for his third season in a Formula Renault 2.0 car. He, again, did not have the best of starts however.

First he was one of the victims of Martin Kodric’s safety car incident while running second at Aragon, then being forced out to suffer front wing damage from third at Spa, he ended the first two rounds of the championship with a best finish of seventh.

Fortune finally took his side in Hungary as a second place finish and a penalty to original winner Louis Deletraz meant he could take his first Eurocup victory of the year. Although he could not challenge for another one the following day, the fourth place he scored was still better than anything else he’d managed prior to this round. 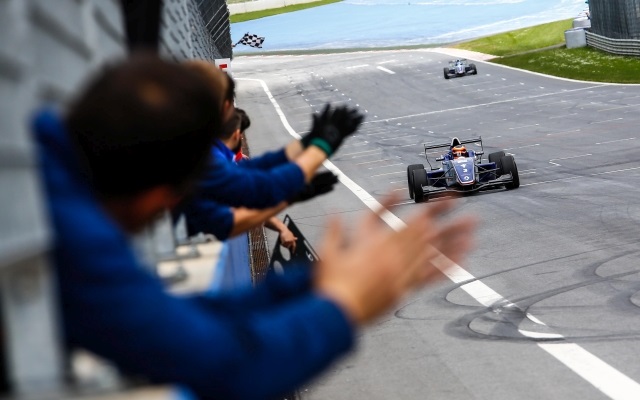 Aitken became a multiple Eurocup race-winner and, just like last year, he triumphed at the Hungaroring.

“For sure I like this track; it’s very technical and it really separates the good drivers from the bad,” said Aitken. “We were hoping that we would’ve won a race before this weekend, we had the chance at Motorland, we had the chance at Spa but bad luck in both of those races meant we didn’t get the results. This year pace-wise we were as quick as anyone, we have been since the start of the season.”

Thanks to the competitiveness of the series, he is still only eighth in the standings but only 28 points away from second, which is currently taken by teammate Jake Hughes.

“We’re just taking it race-by-race as always, it’s the case of not thinking too much about ‘I mustn’t retire’ or ‘I have to win’. It’s finding a good balance,” summarized Aitken.

The 19-year-old is also taking part full-time in Formula Renault 2.0 Alps where things are going much better at the moment.

“This year is supposed to be maximum attack on Formula Renault and part of that is the Alps championship. There hasn’t been any bad luck we can complain of so far. We’ve had some really strong results, we’re leading the championship so that’s going fine,” said Aitken. “It’s good to have the extra track time and not to have such big breaks between the races.” 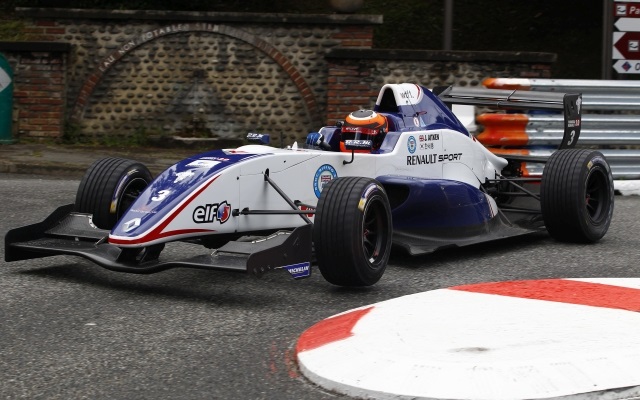 Currently completing his third season in Formula Renault 2.0, Aitken is aiming for a new challenge next year.

“I don’t think I would be doing F3 next year,”, revealed Aitken. “It’s not a big enough step from Formula Renault for me. I would like to step into something bigger like Formula Renault 3.5, GP3 or even GP2. It’s a big step but if you prepare yourself correctly then it is possible and people have shown it’s possible.

“The new FIA points system has obviously had quite a big effect and we’re already seeing Formula Renault suffer, which is a shame because it’s a great car and it’s always been super-competitive.”

As for the long-term plans, his objective is to race in Formula 1, just like for most others in the junior single-seater ladder.

“You always set your sights on Formula 1, that’s what I wanted to do since I was a kid but you have to be realistic as well, it’s getting harder and harder for drivers to come up on talent alone. If you can get a paid drive it’s always going to be a better result than nothing.” 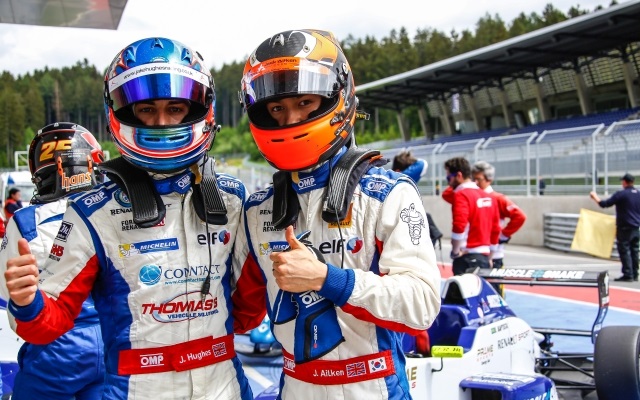