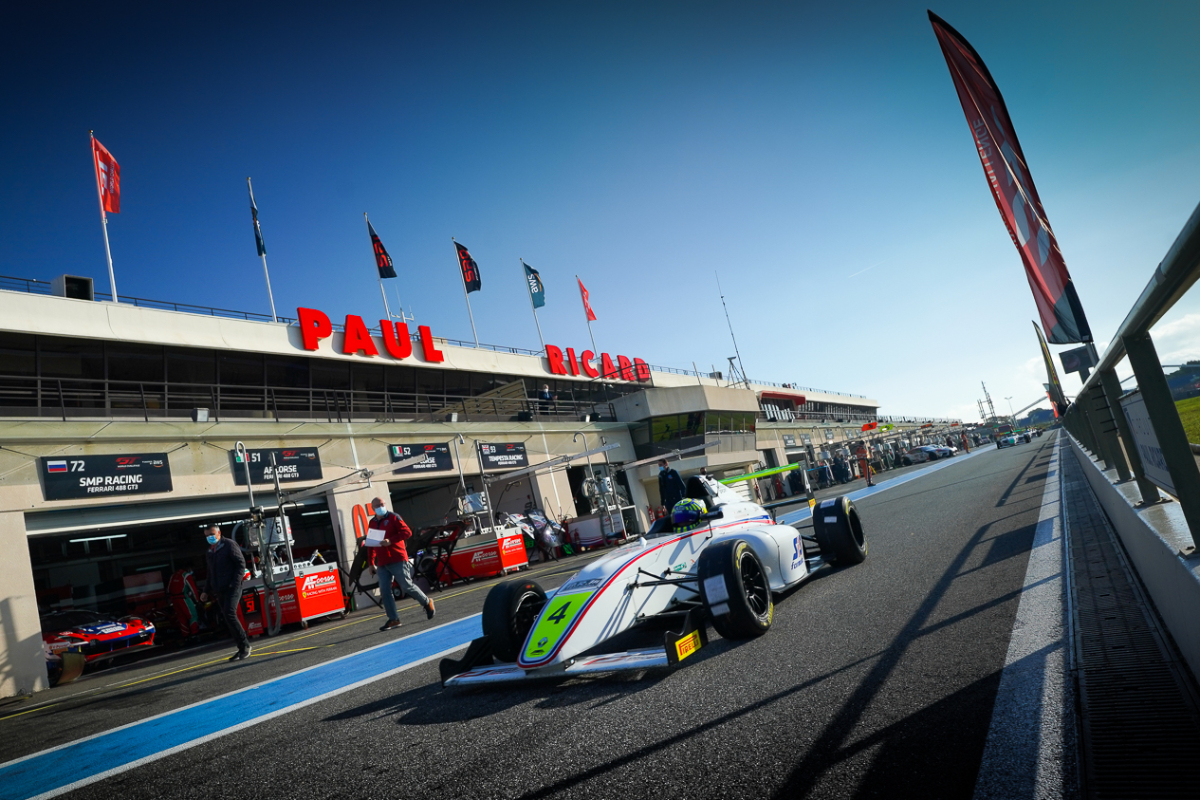 Honda junior Ayumu Iwasa will go into this weekend’s season-ending French Formula 4 races with a double pole position and the 2020 title.

French F4’s points system meant Iwasa, who has a substantial points lead, only needed to take part in Friday’s on-track action to seal the title, but he claimed an additional two points with a double pole.

He finished qualifying with a 0.263-second advantage over Isack Hadjar in second place, and that gap was identical when each driver’s second-best laps were used to determine the grid for the final race of the weekend.

Sami Meguetounif was third fastest overall, but his second-best effort was only good enough for fourth behind the other Honda junior Ren Sato – who had been the only driver able to beat Iwasa to the title prior to the weekend.

With Iwasa taking part in the final round, his total score for the season with his worst round dropped can now be no less than the 321 he entered the weekend with – 32 points more than the sum that Sato can now reach.

A surprise fifth was Esteban Messon. The French teenager made his single-seater debut in 2019’s Paul Ricard season finale, in a year during which he became French Junior Karting champion.

This year he stepped up to senior karts and again prioritised France’s national championship until switching back to car racing for this weekend.

Valentino Catalano, currently fifth in the French F4 points, was only ninth fastest.

Where Formula Renault is headed next, and how it got there