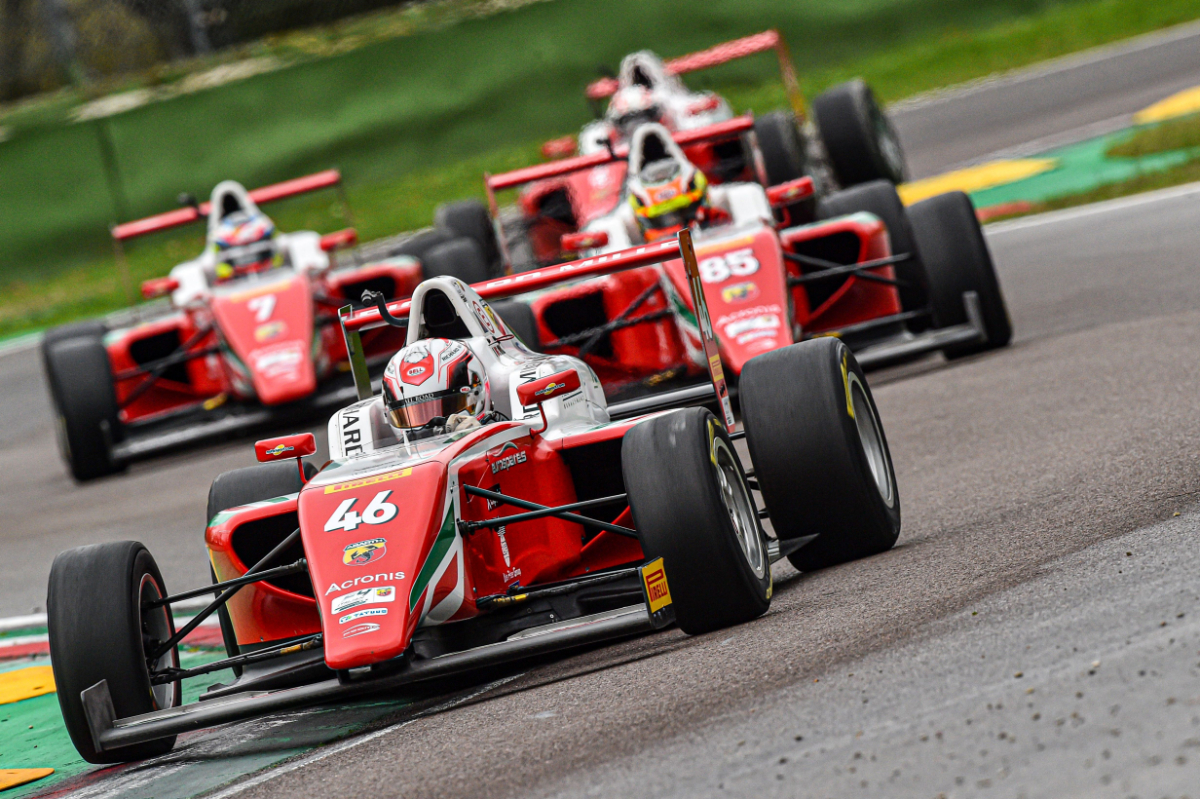 Crawford was on top in the first of Friday’s two sessions, which took place in the wet. He managed a 2m01.472s lap to put himself 0.055 seconds clear of Mini in second.

It was a stop-start session, with multiple drivers falling foul of the difficult conditions. There were two full course yellow periods, one as Vittorio Catino fell off the track at Turn 12 and later as Andrea Rosso ran into difficulties at Turn 3.

The session was red flagged after Rosso’s incident in the final few minutes.

Mini had been finding improvements despite the difficult conditions, setting quickest split times in the first and third sectors before the red flags.

He continued to set the pace in the drier FP2 session, when he managed a 1m48.228s lap, 0.168s faster than VAR title rival Francesco Pizzi, with Cram Motorsport’s Rosso – another title rival – a further 0.006s back.

Hamda Al Qubaisi was one of a number of drivers to stop on track in FP6, briefly bringing out the red flag again. The session resumed, only to be stopped again as Prema’s Gabriel Bortoleto came to a stop on track.

Pietro Armanni, making his single-seater debut with BVM Technorace this weekend, also had an off that required a FCY. Iron Lynx’s Yaroslav Shevyrtalov and Mucke’s Diego Contecha will also be contesting their first event in cars, while Cram’s Nicolas Baptiste is making his first series appearance.