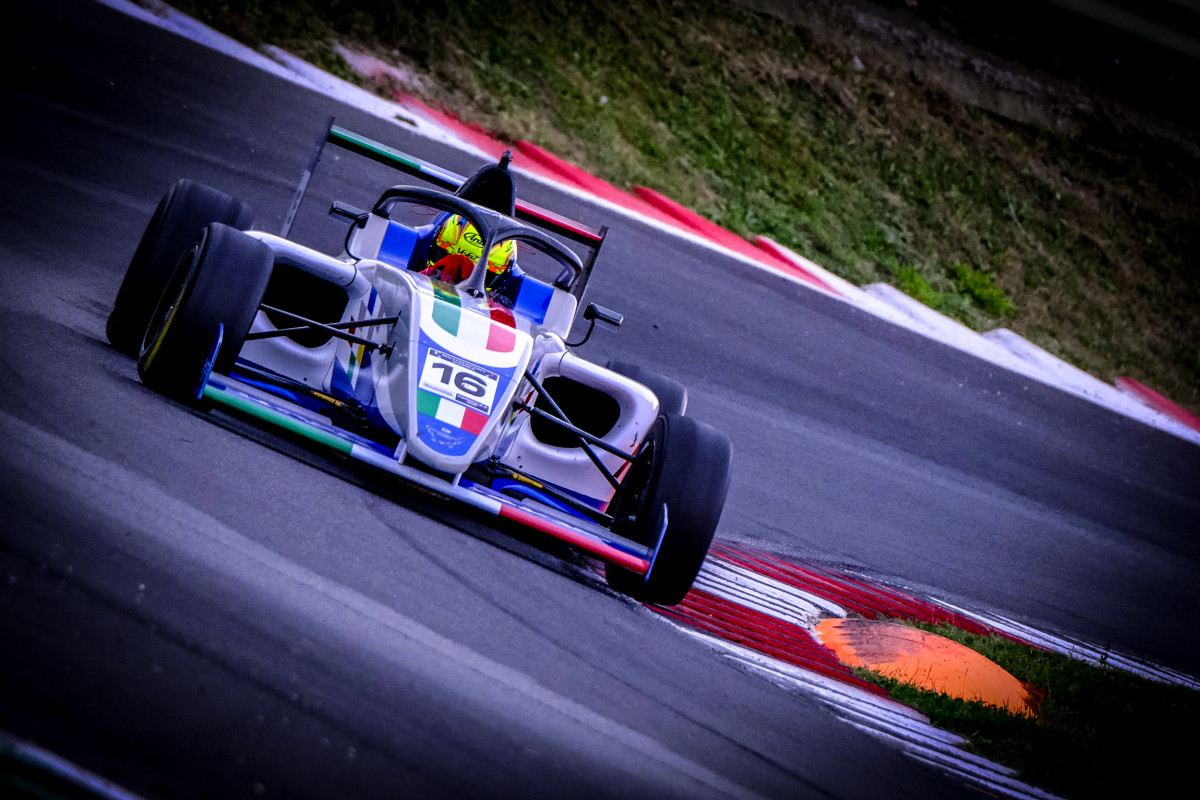 Andrea Rosso claimed the gold medal for Italy in the Formula 4 Cup at the inaugural Motorsport Games at Vallelunga, winning the main race on a drying track.

Rosso, a veteran of just four events in Italian F4 this season, has impressed throughout the weekend on home ground, but he lost his win in Saturday’s qualifying race after a post-race penalty for passing Ido Cohen under yellow flags.

That put Israel’s Cohen onto pole position for the main race, and after two formation laps in the moist conditions, he kept the lead at the start even though Rosso did get alongside him.

Cohen opened up an advantage of 1.3 seconds during the first half of the race, but Rosso quickly upped his pace and was onto his tail with 10 minutes to go.

Heading into the final corner, Cohen moved to defend the inside, but this caused him to run wide, putting a wheel into the gravel trap and allowing Rosso to sweep past.

Behind, Nicholas Baert crashed at the same point out of 12th place, triggering a safety car.

At the restart with three minutes to go, Cohen again ran wide through the final corner, giving Rosso a one-second advantage already as he crossed the line.

Four drivers got past the struggling Cohen in the subsequent lap, led by German driver Niklas Krutten.

Krutten – who had struggled to keep pace with the top two earlier on – set the fastest lap on the final tour as he tried to chase Rosso down, but the 16-year-old Italian held on.

William Alatalo took the bronze medal for Finland in third after spending almost all of the race on Krutten’s tail.

Spanish driver Belen Garcia – set for W Series in 2020 – took an impressive sixth from 12th on the grid, having been part of a pack who spent the first part of the race stuck behind Malthe Jakobsen, who dislodged his front wing in the early skirmishes and eventually pitted for repairs.

Cohen ended up eighth behind Hungary’s Laszlo Toth, and was hit on the final lap by Kazuto Kotaka, who went off into the gravel as a result.