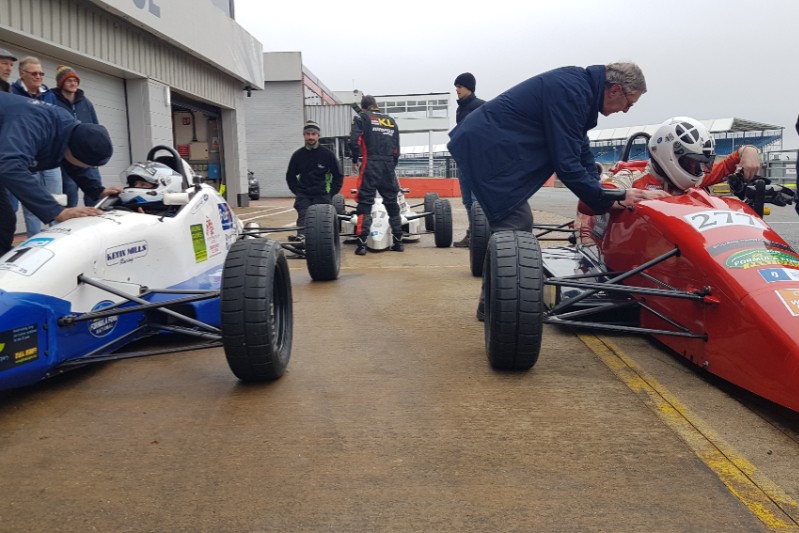 Michael Moyers and Joey Foster eased their way into the Walter Hayes Tropy semi-finals after dominating the Last Chance Race as Silverstone from the back of the grid.

Kevin Mills Racing’s Moyers took victory, by 0.313s ahead of Foster, as the pair continued their recovery from their collision in yesterday?s second heat, having started from 21st and 22nd respectively.

Neil Tofts took the lead at the start from polesitter Matthew Wrigley, with Thomas Johansson gaining two spots to run third. Foster moved up to 10th by the end of the first lap, with Moyers climbing to 12th.

As the cars approached the end of the third lap of 10, Foster and Moyers had already caught the leading trio.

Foster and Moyers assumed first and second spots on the next lap and then pulled away from the field.? The pair enjoyed a close battle for the remainder of the race, with Moyers taking the lead at Brooklands on the penultimate lap.

Don Hardman Racing’s Foster drew alongside Moyers at Luffield on the final lap, but Moyers held on to win.

Tofts finished in a lonely third place for Enigma Motorsport, 13s behind, with Johansson benefiting from Wrigley spinning at Copse to take fourth. Wrigley rejoined and finished the race in ninth.

Alex Gillespie, who took third in the earlier Progression Race behind Moyers and Foster, came through from 23rd on the grid to finish in fifth for KMR after a warm-up lap scare, ahead of Foster’s team-mate Rick Morris.

Jaap Blijleven was one of a number of spinners during the race, but the Dutchman recovered to finish 17th and secure a semi-final place.