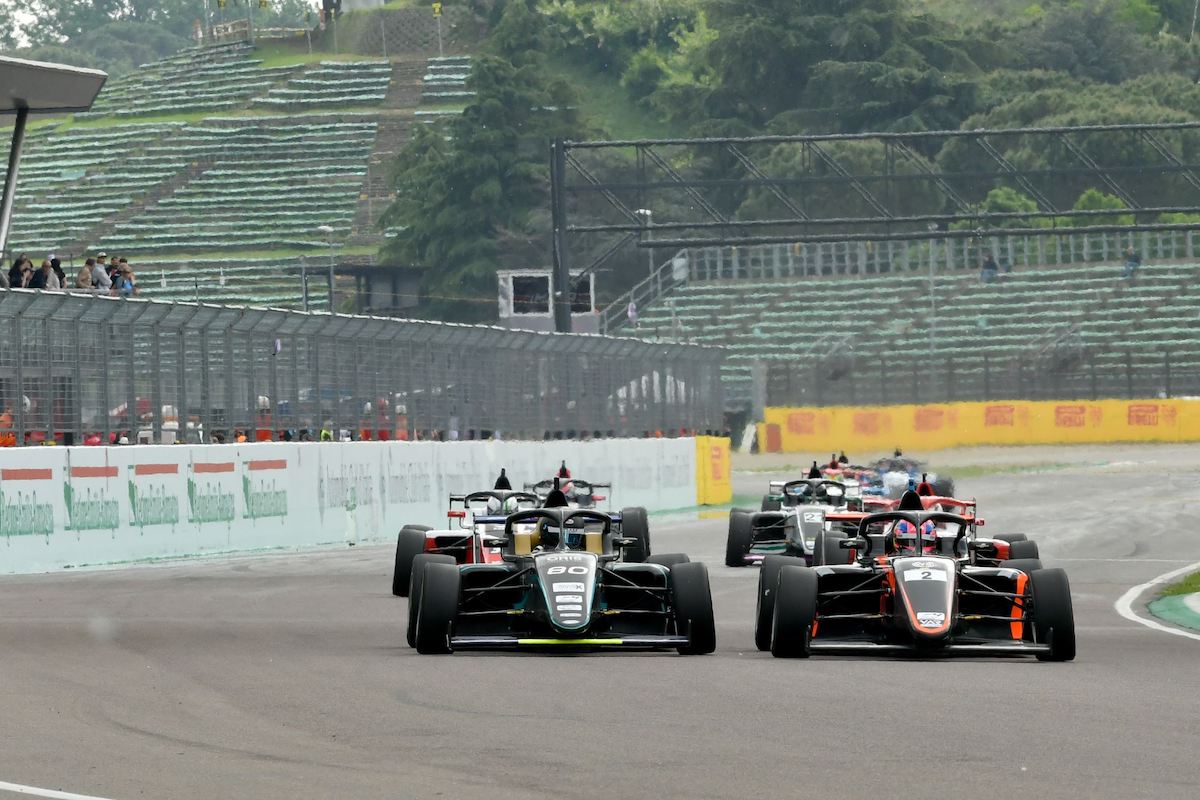 The Italian Formula 4 Championship will have three races as usual after all at Vallelunga this weekend after some late drop-outs brought the field back within the circuit’s capacity.

The field had been set to grow from 36 to 39 cars this weekend and with Vallelunga only having capacity for 37, organisers had been set to split the field into groups for the first time since 2016 with four races originally scheduled.

However, absences from both Van Amersfoort Racing driver Arias Deukmedjian and Jenzer Motorsport’s Alex Partyshev mean the schedule has been reverted to three races.

A 38th car did take part in Thursday’s test sessions in the hands of Niko Lacorte with Iron Lynx, but he will not compete until later in the season.

The split-field format could still be required should the field grow again for the next round at the Red Bull Ring, which also has capacity for 37 cars.

Two drivers will make their debuts this weekend with British F4 driver Adam Fitzgerald replacing Marcos Flack at R-ace GP and Nelson Neto, who took part in the inaugural Brazilian F4 round last month, coming in for Ricardo Escotto at Cram. AS Motorsport duo Giovanni Maschio and Manuel Quondamcarlo return after missing the trip to Spa.

Thursday’s test was split into two sessions of four hours, with Prema’s Andrea Kimi Antonelli recording the fastest time of 1m34.725s around midway through the morning.

Alex Dunne had set a series of quickest laps in the first hour of running and his best was only 0.055 seconds slower than Antonelli’s effort.

Championship leader Rafael Camara was third fastest in the morning and narrowly improved upon his time in the day’s final hour of running to top the afternoon ranking, remaining third overall.

He was followed closely by Dunne’s US Racing team-mates Marcus Amand, Nikhil Bohra and Kacper Sztuka.

The final driver to get underneath 1m35s was Taylor Barnard, who took fourth in the afternoon session after his PHM Racing team missed the morning running entirely.

Antonelli and Dunne took sixth and seventh in the afternoon session ahead of Prema’s James Wharton and Charlie Wurz. Martinius Stenshorne was the fastest VAR driver in 10th, with his best time matched to the thousandth of a secod by Iron Lynx’s Ferrari junior Maya Weug.