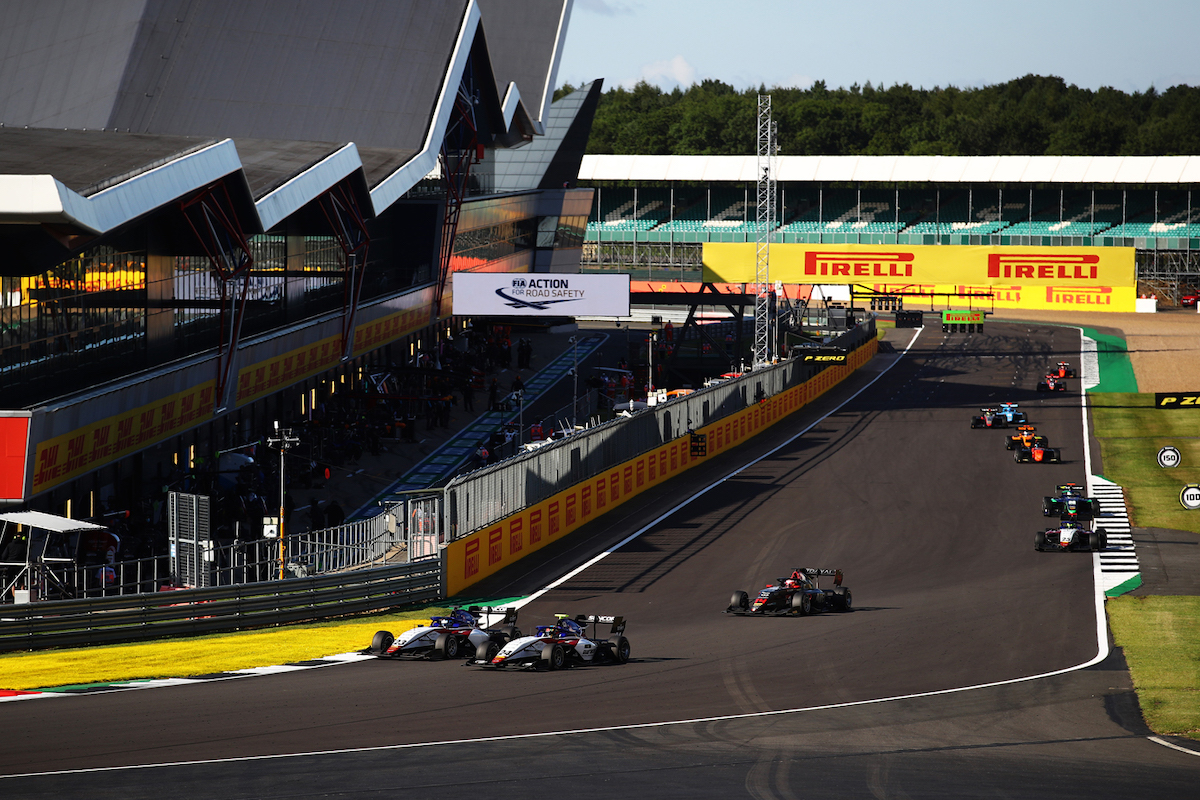 FIA Formula 3 drivers say a relative lack of experience at Silverstone could be a key factor when the championship returns to the British circuit this weekend after a year away.

The format the championship adopted in 2021 with three races per round and fewer events meant Silverstone was left out of the calendar, but the switch back to two-race events in 2022 has enabled its return.

With fewer continental series making the trip to Silverstone post-Brexit, very few of the F3 drivers have therefore raced at the circuit, a fact the championship top three highlighted in response to Formula Scout in Thursday’s pre-event media roundtable.

“Silverstone is very technical, [it is] very hard to get a lap right, so it’s going to be challenging,” said Prema’s Jak Crawford, who did do a day’s testing at the track in GB3 machinery last month to familiarise himself.

“As well, with these cars, we didn’t race here last year. So, it’s been two years since F3 has raced here. So, I think there are differences to be made with the car as well.”

Championship leader Victor Martins hasn’t raced at Silverstone since Formula Renault Eurocup rounds in 2018 and ’19, and the ART Grand Prix driver highlighted the importance of making the most out of the 45-minute practice session.

“I think it will be quite challenging with the experience that we have from this track,” he said. “Because as Jak said, we didn’t come here last year and I think many drivers don’t know [the track] or maybe they came here two years or three years ago. So, I think it will be important from free practice to get the feeling with the car, with the track. Because it has been again a month without racing.

“In the end, as he [Crawford] said again to get the lap right, to put everything together, there is a lot of high-speed corners, a lot of compromise that you need to find to find the last tenth or the last details. And after, I think during the races maybe [there is] a lot of graining, which has been a problem in the past.”

Roman Stanek is one of the few drivers with F3 experience at Silverstone, taking part in the two rounds held there in 2020. But the Trident driver said he doesn’t think that previous experience will make the difference.

“Obviously, it’s a help for me because I already know a bit the track,” he said. “But I think today with the sim stuff, we are driving the simulator and we do a lot of work before each event. We don’t even have to be on the circuit and we can be straight-away fast.

“Of course, it’s a help and I’m happy that I was able to race here and I have a bit of advantage now. But on this level, I think it’s enough when you do one or two push laps. You already know the track and you are already in the rhythm.”