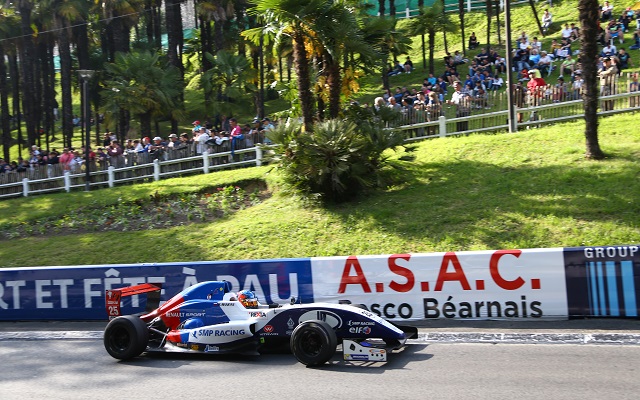 Isaakyan converted his pole for Spielberg race one into a victory which ended Nyck de Vries‘ previous streak of four wins in a row.

The Russian’s pole position would prove more contentious than his victory as the name of the poleman for the race changed multiple times in the span of a couple of hours.

Charles Leclerc initially topped Group B of the qualifying and secured provisional pole, but would soon lose his two best laps due to track limits infractions, which sent him down the grid order.

Simon Gachet was then deemed the polesitter, having initially placed second in Group B. However, his now benchmark lap time would be voided – as were all of his other lap times – when his car was found to have been underfueled for qualifying.

Koiranen’s George Russell, who impressively beat experienced teammate de Vries to the top of Group A, was briefly set to take pole, but would likewise be penalized for a narrow track limit infringement. As such, it was finally Isaakyan who took first on the grid of the race.

The SMP protege got a solid start off the line, leading Koiranen duo of Russell and de Vries into turn one. The Dutchman, who won all the season’s races up to that point, battled it out with his rookie teammate over the opening lap, before finally managing to secure second and setting out after Isaakyan.

The safety car came out after the opening laps to remove a stranded car from the exit of the Castrol Edge corner. When the race resumed, de Vries managed a good restart to close in on Isaakyan, but the Russian managed to fend him off and soon pulled out a somewhat solid gap.

The McLaren junior would get another chance to take the lead later on in the race, but, again, Isaakyan kept cool and kept the Dutchman at bay.

On the penultimate lap, de Vries was overtaken by Russell and came under pressure from Fortec’s Charles Leclerc, while Isaakyan cruised out front.

The JD Motorsport driver crossed the finish line in first after 16 laps, delivering his first win in Formula Renault. Russell arrived to his maiden podium in second, while de Vries held off Leclerc to take third.