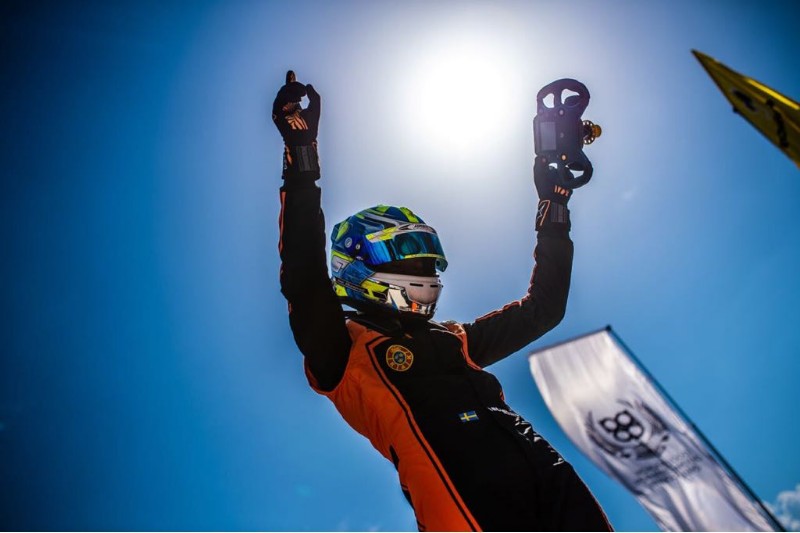 Isaac Blomqvist leads the championship after the first three Formula 4 North European Zone races, but it was gamer Freek Schothorst who stole the headlines at Smolensk.

Schothorst made it to the final of?McLaren’s World?s Fastest Gamer last year, and is a member of the crack Team Redline on the iRacing platform. His elder brothers Stiejn and Peter are both sportscar drivers, but Schothorst had no on-track experience prior to this weekend.

He finished on the podium twice, and is fourth in the standings. The man on top is MP Motorsport team-mate Blomqvist.

Swedish karting graduate Blomqvist won from pole in the opening race, but actually spent the early part of the race mired in the midfield after a poor start.

Ivan Berets, who finished in the points once last year, inherited the lead but couldn’t hold back Blomqvist, and finished just under a second behind. Schothorst was third, despite struggling for pace.

A poor start by Lappalainen promoted Blomqvist to an immediate second, and when Berets slowed with mechanical issues they both moved up a position. Berets finished a minute behind in 12th, and his demise helped Jesse Salmenautio take Kart In Club Driving Academy’s first F4 podium.

Worsening weather meant the track was slightly wet for the final qualifying session and race of the weekend, where Berets put his race two disappointment behind to deliver the most convincing display of the weekend.

The SMP Racing driver took pole by 0.071 seconds from team-mate Pavel Bulantsev, and then took an assertive victory by over four seconds from Lappalainen.

Schothorst took his second podium of the weekend in third. The Dutchman started in eighth but didn’t take long to rise into the top four. A striking move on Mikhail Belov secured him third, with Belov failing to add to the sole podium that took him to eighth in the standings last year.

Fifth place for Blomqvist meant he only has a seven point lead over Berets, with Lappalainen between them and Schothorst in third.