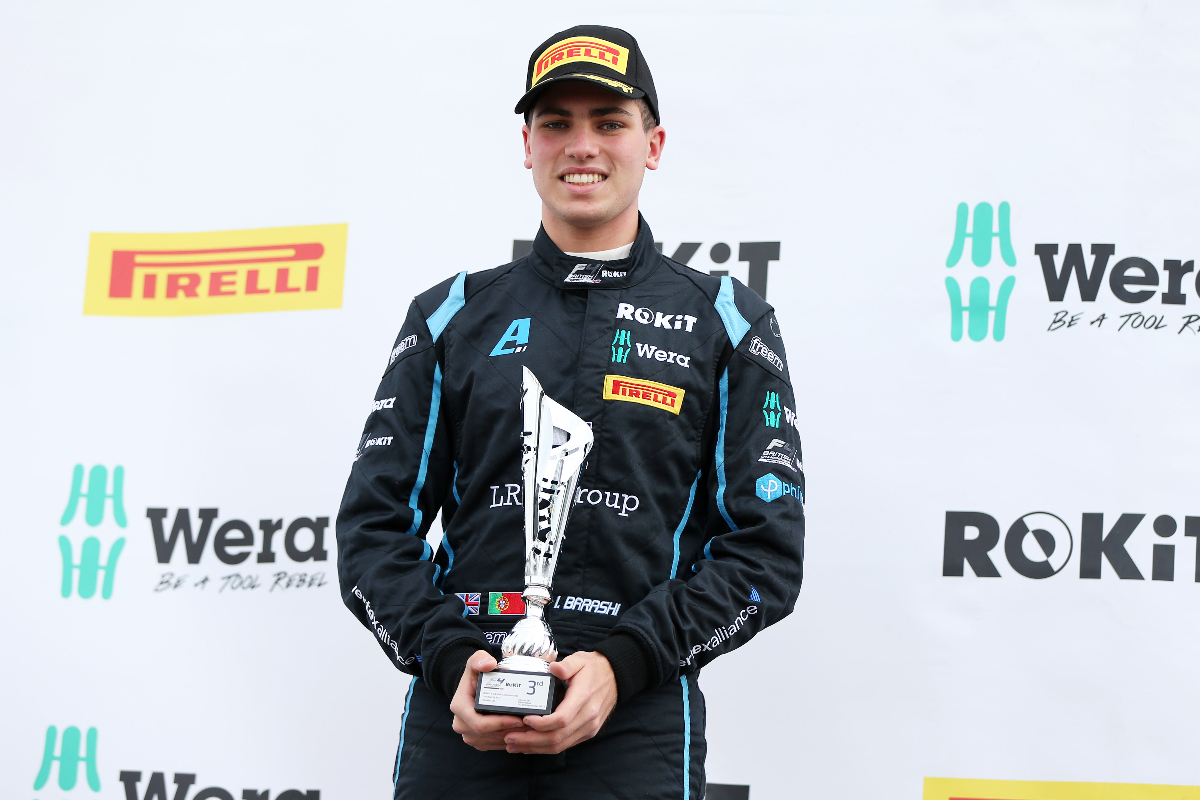 Isaac Barashi will follow up his end-of-season appearances in British Formula 4 with Argenti Motorsport by doing a full campaign in the championship with the team next year.

The 17-year-old, who races under multiple nationalities, tested with several F4 teams through 2022 before joining Argenti for the final two British F4 rounds. He claimed a best finish of eighth, which also earned him a podium in the rookie classification.

He is Argenti’s second signing for 2023, alongside Australian rookie Patrick Heuzenroede.

“I feel extremely grateful and excited to be racing in the 2023 British F4 season with Argenti Motorsport,” said Barashi.

“They have helped me throughout by whole motorsport journey which only started last year, I feel very lucky to have their help coming into the 2023 season.

“Taking part in the last two races of the 2022 season has helped me gain confidence and an understanding as to what happens on a race weekend. I feel it went well, scoring a good number of points and picking up a rookie trophy on my debut race at Silverstone was a huge achievement.

“My testing programme with Argenti has helped me massively to get familiar and up to speed with British tracks. Heading into the 2023 season my goal is to stay consistent and score points in every round, I want to be fighting for the championship title.”

Argenti team principal Michael Meadows added: “It’s great to have Isaac with us for 2023. The plan was always a test programme and two events in 2022 to warm up for a full campaign. He’s been with Argenti for a long time and has shown a lot of progress. We are excited to continue this in 2023 and build on the strong foundations laid this year.”