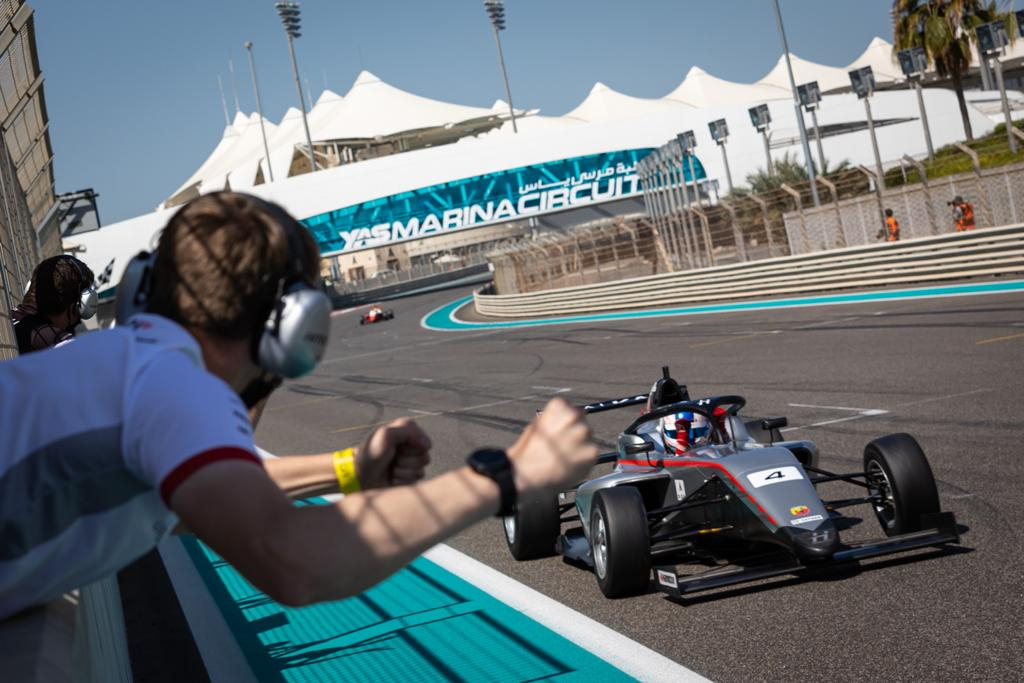 Two races will be held over the weekend, with race one on Saturday and the second race on Sunday before the Formula 2 season finale.

Dunne will line up for Hitech GP, the team that took him to this year’s British F4 title. He will be joined in a four-car line-up by three drivers already signed for British F4 campaigns in 2023 with the Silverstone-based team: Jimmy Piszcyk, William Macintyre and Kanato Le.

Piszcyk was second in this year’s Australian Formula Ford championship while Macintyre and Le move up from the Ginetta Junior series. Macintyre took two podiums in GB4 in a series one-off while Le will be making his single-seater debut.

Carlin will field New Zealander Louis Sharp and Australian karter Costa Toparis at Yas Marina. Sharp impressed in British F4 in 2022, coming fourth in the championship despite having to miss the opening round, and set the pace at the series’ post-season test at Snetterton.

Toparis represented his country at the FIA Motorsport Games held at the end of October at Paul Ricard, finishing 13th in the F4 category.

The British teams will be joined on the grid by two local teams, Xcel Motorsport and Yas Heat Academy, a brand-new team established by Abu Dhabi GP venue Yas Marina Circuit to help develop F4 in the region.

Viktoria Blokhina followed her outing in F4 UAE with a full season the Italian F4 championship in 2022. She will be joined by Emirates-based karters Sebastian Murray and Federico Rifai in Xcel’s line-up

Yas Heat Academy will field 15-year-old karters Keanu Al Azhari and Matteo Quintarelli for their single-seater debuts, with both having earned their seats by winning an Xcel-run shootout.

Abu Dhabi Racing by Prema, winners of the corresponding race in 2021 with Charlie Wurz, is absent from this year’s provisional entry list.