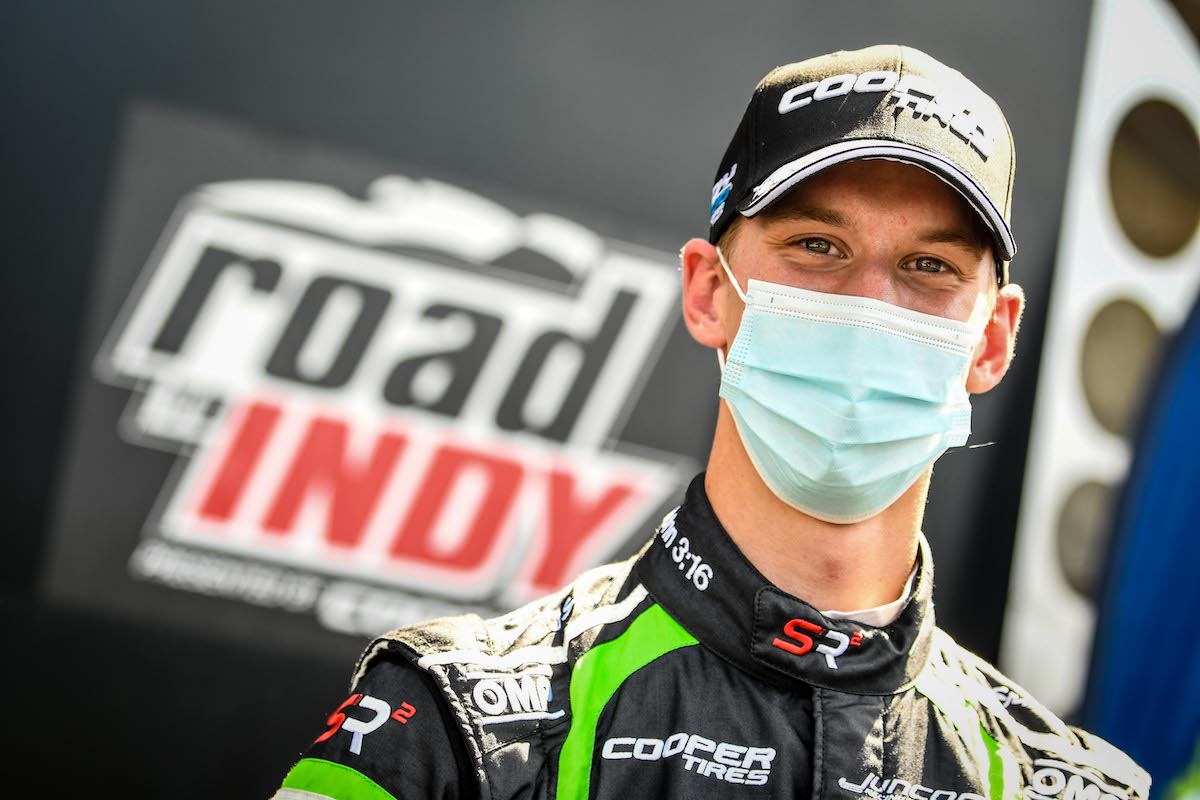 Indy Pro 2000 champion Sting Ray Robb will spend a third season at Juncos Racing as he moves up to Indy Lights with the team this year.

The last two of Robb’s four IP2000 campaigns were with Juncos, with his 2020 season resulting in seven wins and a first single-seater title.

The 19-year-old American has already tested with the team in one of its Dallara IL-15 chassis that has yet to be upgraded to feature the halo cockpit protection device.

“What a great start to 2021 – securing a much coveted seat with Juncos Racing and my first ride in the awesome Indy Lights car,” said Robb.

“Working with Ricardo Juncos and the rest of the outstanding Juncos team to challenge for the Indy Lights championship would be a dream come true for any young driver.

“I’m so excited to be returning to Juncos for my third season with the team. The chemistry that the team and I have had through the past two seasons will undoubtedly play a key role in our results for the upcoming Indy Lights season.”

Robb is the first signing for the team, which ran Spencer Pigot and Kyle Kaiser to Indy Lights titles in 2015 and 2017 respectively.

“We are thrilled to announce Sting Ray will continue his work with Juncos Racing for a third season as he moves up to the Indy Lights series,” remarked team owner Ricardo Juncos.

“Sting Ray has grown so much with our programme over the past two years. His consistency throughout 2020 and domination of the second half of last season in Indy Pro 2000 led to winning the championship.

“We have built great chemistry both on and off-track with him and look forward to continuing our work as he goes for the Indy Lights championship this year.”

As a result of winning the IP2000 title, Robb’s Indy Lights seat is paid for via the Road to Indy’s scholarship prize system. He’s also guaranteed an IndyCar test at the end of this year.