written by Roger Gascoigne 1 May 2022 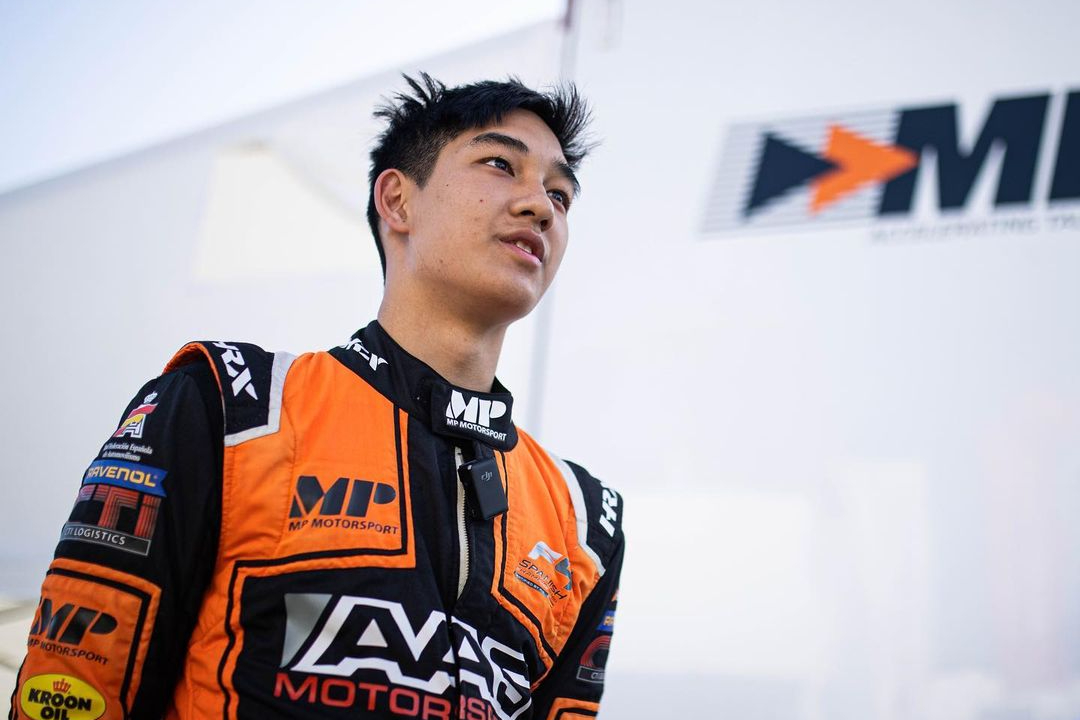 Tasanapol Inthraphuvasak took victory in the second Spanish Formula 4 race of the weekend at Algarve for MP Motorsport, quickly escaping from his duelling pursuers for a comfortable maiden win.

His team-mate Tymoteusz Kucharczyk was second on the road but a two-second penalty for exceeding track limits dropped him behind Camps Racing’s Filip Jenic in the final classification.

Confusingly, though chronologically the second race of the weekend, the race was actually run to the 25 minutes-plus-one lap designation for the longer race three, and used its grid.

Poleman Inthraphuvasak made an excellent getaway as fellow front-row man Nikola Tsolov again made a poor start, dropping to ninth on lap one.

As Hugh Barter dived to the inside of Tsolov into turn one, both Kucharczyk and Jenic went around the outside of the pair to move into second and third.

Barter quickly disposed of Jenic as he and Kucharczyk began to haul in the leader at the end of the fourth tour. Kucharczyk had a look into turn one, but a lock-up into the hairpin allowed Barter past.

As the duo lost time looking for a way past Inthraphuvasak, Jenic was able to latch onto the group. As they crossed the line at the end of lap eight, Kucharczyk and Jenic swept either side of Barter into turn one.

The leader was now clear in front, building up a gap of over two seconds, and although Kucharczk closed up in the final laps he was never close enough to mount a challenge.

Tsolov was the quickest driver on track as he fought through the field, and finished just 1.1s behind Barter in fifth.

An incident between MP’s Christian Ho and Drivex School’s Bruno del Pino on the penultimate lap while the fought for the last points positions meant the race ended with waved double yellow flags at turn eight, and ahead of them were the MP trio of Suleiman Zanfari, Valerio Rinicella and Miron Pingasov.