written by Steve Whitfield 1 May 2022 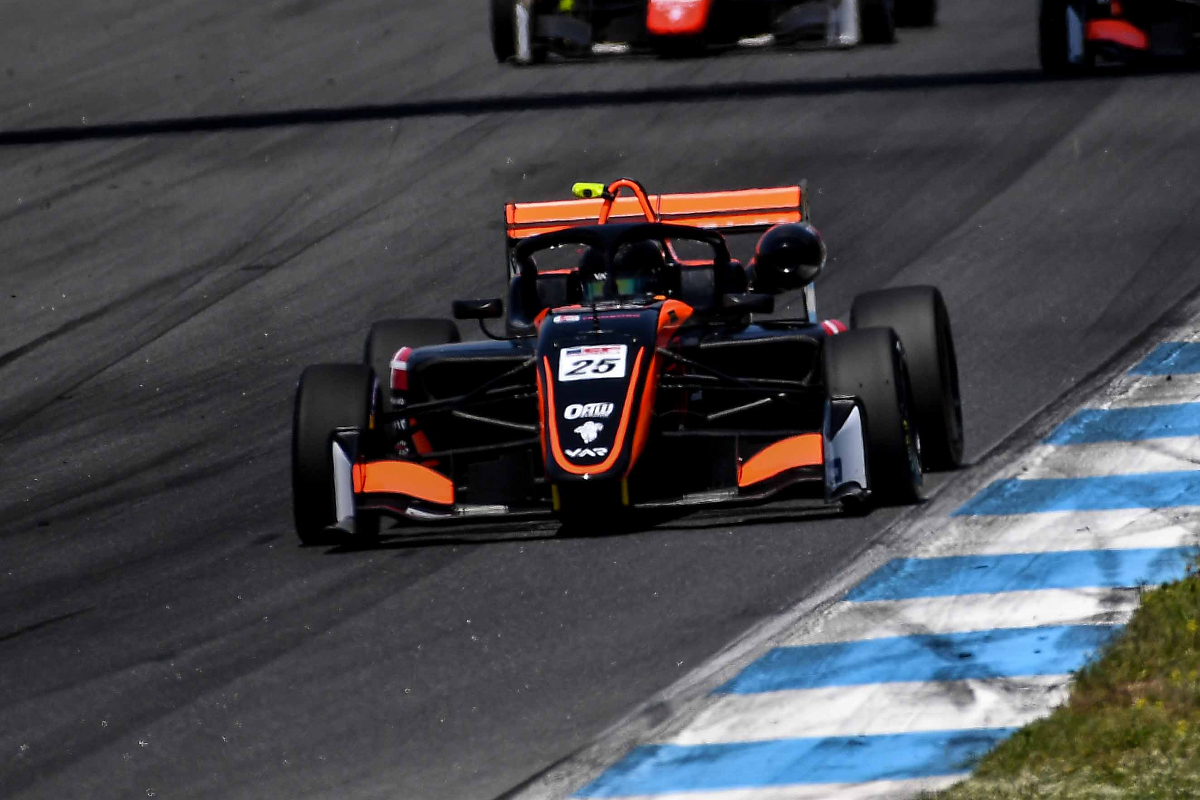 Sebastian Ogaard took a lights-to-flag victory for Van Amersfoort Racing in the final Euroformula race of the weekend at Estoril.

The Danish rookie, who came second in Spanish Formula 4 last year, led away from pole and resisted an early challenge from Frederick Lubin before coming home 0.182 seconds clear of the Motopark driver.

Lubin tried to take the lead at the start of the second lap but, on the outside line through turns one and two, eventually had to concede.

CryptoTower Racing Team’s Christian Mansell made another strong start to take third away from his team-mate Vladislav Lomko, and race two winner Oliver Goethe made amends for poor getaways in the first two races by passing Josh Mason for fifth.

Motopark’s Goethe was soon past Lomko into fourth, with the top six drivers running nose-to-tail in the first half of the 20-lap contest.

Ogaard and Lubin eventually pulled over two seconds clear as Mansell fended off a challenge from Goethe behind to finish third.

Despite missing out on a podium spot, Goethe ended the first round with a three-point lead over his countryman Ogaard.

Mason also lost a further place to Marinangeli’s team-mate Filip Ugran, who recovered from an early error to finish seventh.