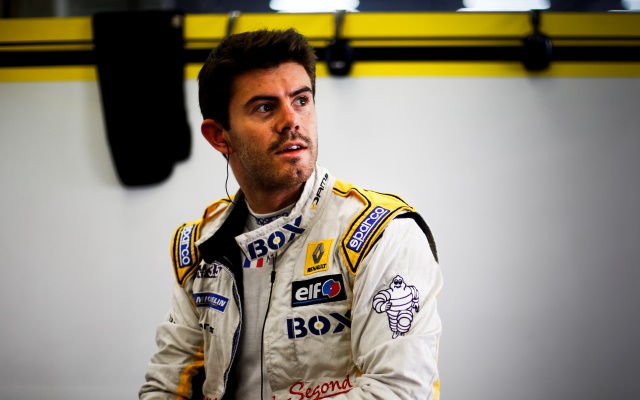 Norman Nato has had some quiet times during his stint in Formula Renault 3.5, but last weekend he secured his second victory of the season at the Hungaroring. Following up on his earlier win on the streets of Monaco, he has proven that was no fluke and that he really is capable of beating the championship contenders when he gets everything together. That continues a trend all the way through his career to-date of giving some of today’s biggest young stars a run for their money.

Hailing from Cannes on the south coast of France, not far from Monaco, Nato is the son of Jean-Claude, a former rally driver and team owner. He began karting competitively in 2003. In 2006, he was second in the French junior championship behind Robin Frijns, and was ninth in Europe. In 2007 he moved up to KF level, winning the Copa Campeones Trophy.

He then went onto the gearbox KZ class for 2008 at age 15. In his second year at that level, he won the French championship, was second in the SuperNationals in Las Vegas (incidentally, five spots ahead of Michael Schumacher) and fourth in the CIK-FIA World Cup. In 2010 he began his single-seater career, but also brought the curtain down on his time in karting with victory in the Monaco Kart Cup.

Nato’s first steps in single-seaters came in the French F4 Championship, then known as the F4 Eurocup 1.6 and running as part of the World Series by Renault. He began his season in the best possible way with victory in the opening race at Motorland Aragon ahead of Stoffel Vandoorne. Vandoorne would then win four of the next five races, moving into a clear standings lead which he retained until the end of the season, wrapping up the title before the final round. 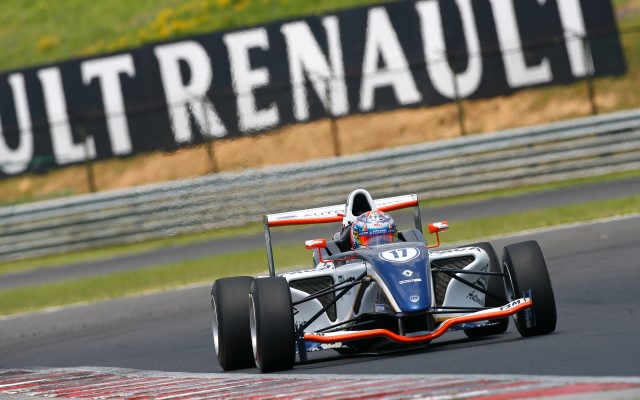 Nato was second only to Vandoorne in F4 (Photo: Renault Sport)

Nato went through a low-key couple of rounds at Spa and Magny-Cours, finishing the four races between fifth and seventh. Seventh would be his worst result though during a very consistent season. He took six podiums from the last eight races, ending with a second victory in the final race – again in Spain – in Barcelona to secure second place in the standings in his favour.

For 2011, he made the common step from F4 to Formula Renault 2.0, joining the ART-affiliated R-Ace GP team. He scored points on his first weekend in Aragon with an eighth place, and at round three at the Nurburgring he scored a podium finish behind the title rivals Robin Frijns and Carlos Sainz.

His next highlight would be at his local track at Paul Ricard, taking fourth behind new champion Frijns and the Red Bull duo of Sainz and Daniil Kvyat. Nato followed that with his second podium of the campaign in the season finale in Barcelona. He had run second in race one before being hit by eventual winner Javier Tarancon, sending him into the gravel and out of the race.

Nato had also entered the opening three rounds of the NEC series against much of the same, tough competition and in the last of his eight races scored his best result of the year, with second place at the Nurburgring after starting from pole position.

For 2012 and his second year at Formula Renault 2.0 level, Nato switched to the RC Formula team in a deal that would see him do a full campaign in the Alps regional series as well as the Eurocup. He began his season solidly with two top five finishes from the first Alps weekend at Monza and a fourth and a third from the Eurocup opener in Aragon. Then in the Alps event at the Pau Grand Prix, he scored his first Formula Renault 2.0 win from pole in the first race, and finished second in the other.

That would be the start of rich run of form, with the next Alps round at Imola yielding Nato a double victory and the championship lead, 29 ahead of compatriot Paul-Loup Chatin and 52 ahead of Kvyat. Next were two events at Spa in June – the first in the Eurocup and the second in Alps. Nato claimed his first Eurocup win in the first race there, but was wiped out in a first lap pile-up in the wet race two. His Alps weekend in the Ardennes was similarly mixed, leading much of race one from pole until being passed late on by Kvyat and then being forced to stop by a mechanical issue, before taking second place in race two. 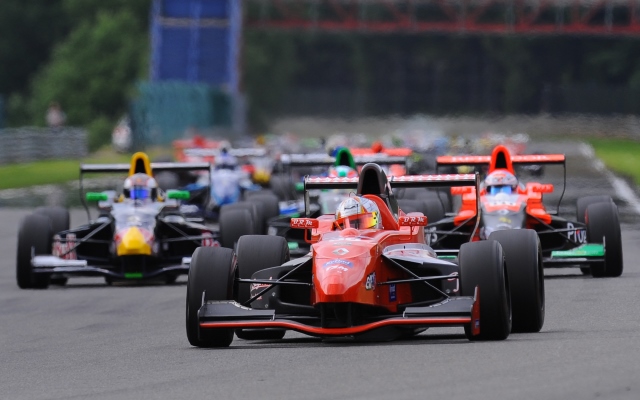 Nato returned to the Eurocup with second place in race one at the Nurburgring but then suffered a loss of form, dropping him away from the duo of Kvyat and Vandoorne over the following three races. His Alps campaign similarly lost momentum, finishing only tenth and sixth at the Red Bull Ring after a bad qualifying, allowing double winner Kvyat to close within three points. Back in the Eurocup, he would score his first podium for five races at the Hungaroring, but he would only score one at Paul Ricard and none in Barcelona, dropping him to fourth in the standings when Oliver Rowland won the season finale to steal third.

By that time, he had slipped 13 points behind Kvyat in the Alps title race after the Russian had beaten him to a double win at Mugello. At the final round – on the same bill as the Eurocup closer in Barcelona – Nato won the first race from pole, cutting the gap back down to just two points. Sadly, the pair’s fight would end in contact in the final race when Nato attempted to pass Kvyat for the lead, putting both out of the race and giving the Red Bull Junior the title.

Dusting himself down from a disappointing end to the year, Nato graduated to the Formula Renault 3.5 Series and signed for the DAMS team to partner second year driver Kevin Magnussen. His season began well, with a tenth and a sixth from his Monza debut, and then a fifth in the opening race in Aragon, dominated by Magnussen. But when the Dane messed up in second qualifying, Nato benefited to claim pole position. But in difficult race conditions and after a safety car start, Nato went off at the first corner and fell down the order.

That seemed to take the momentum out of his good start, as he then failed to score in Monaco or at Spa, before managing just a solitary point in Moscow and at the Red Bull Ring. His next points came with a ninth at Paul Ricard, before ending his year on a high with a fifth place in the final race in Barcelona, matching his earlier season-best and putting him 13th in the final standings.

Nato managed to secure a second campaign with DAMS for 2014, while Magnussen’s car and the #1 was taken by his old competitor Sainz, needing to redeem himself after poor seasons in F3 and GP3. The starts to the pair’s seasons couldn’t have been much different in terms of pace shown – Sainz took pole for the first three races and won two of them, while Nato only troubled the points in race four, taking tenth.

But at his most local round of the championship on the streets of Monaco, Nato shone, topping practice, claiming pole position and leading the single race from lights-to-flag to score an unfancied win. He would follow that with two fifth places at Spa, while Sainz dominated both races. DAMS then struggled in Moscow, with Nato back out of the points. He would stay there in the first Nurburgring race, before fighting back to sixth in race two having qualified 14th, blaming Sainz for blocking him. 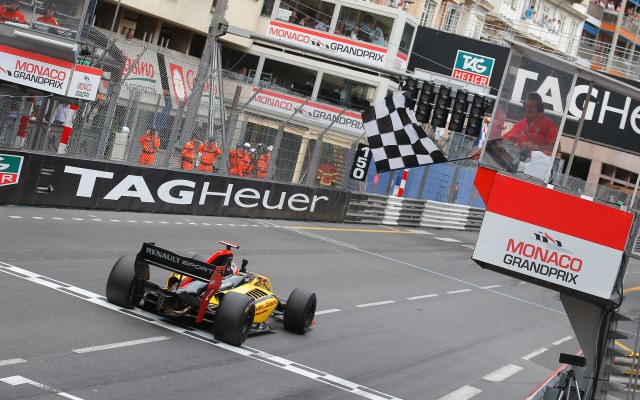 After the summer break, he was bang on the pace in mixed conditions at the Hungaroring. He qualified third for the first race, but finished back in eighth after a bad start. Qualifying in the same spot on Sunday, this time he got a great start, propelling him ahead of title contenders Sainz and Roberto Merhi, and eventually giving Nato his second win of the season. That result moves him up to seventh in the standings, with the possibility to gain more places with strong form in the final two rounds.

Nato has shown on numerous occasions so far in his near-five-year single-seater career that he has the talent to beat some of the hottest prospects around. In F4, we now know that finishing second to Vandoorne was nothing to be ashamed of at all. In his first year of Formula Renault 2.0, he showed flashes of mixing it with the quickest at that level, and in his sophomore campaign, he was best of the rest behind Vandoorne and Kvyat in the Eurocup for the majority of the year, and would have beaten Kvyat to the Alps title had his pass for the lead of the finale been successful. That was only 12 months before Kvyat became an F1 driver.

In his rookie Formula Renault 3.5 season – brief Motorland heroics aside – Nato had a quiet season. That has also been the case all too often in 2014. Those moments of anonymity have been mysterious, because on a couple of days he has driven well enough to be the class of the field, and the other DAMS car is that fast on a regular basis. Fundamentally, he has shown himself to have great ability – it’s just a matter of extracting that every weekend.

Chances of getting to Formula 1

Without any particularly substantial funding, Nato is a driver who needs to do his impressing on track. Unfortunately, the time it has taken him to become a regular winner in FR3.5 compared to others has taken some of the shine off a previously encouraging resume. But that can still change, if he can keep doing the sort of thing he’s done in Monaco and at the Hungaroring this year and also keep himself close to the sharp end on his average days.

He may opt to stay in FR3.5 for a third season, although it will be critical to be a frontrunner on a consistent basis. Alternatively, GP2, if affordable, would ensure that he takes a step forward, but it could also lead to more anonymity. Any hopes of F1 rely on him getting to the front of either grid. If that can’t be done, sportscars could be a great second option. 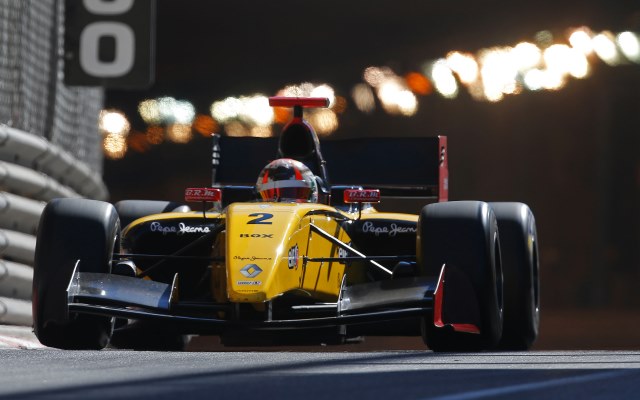