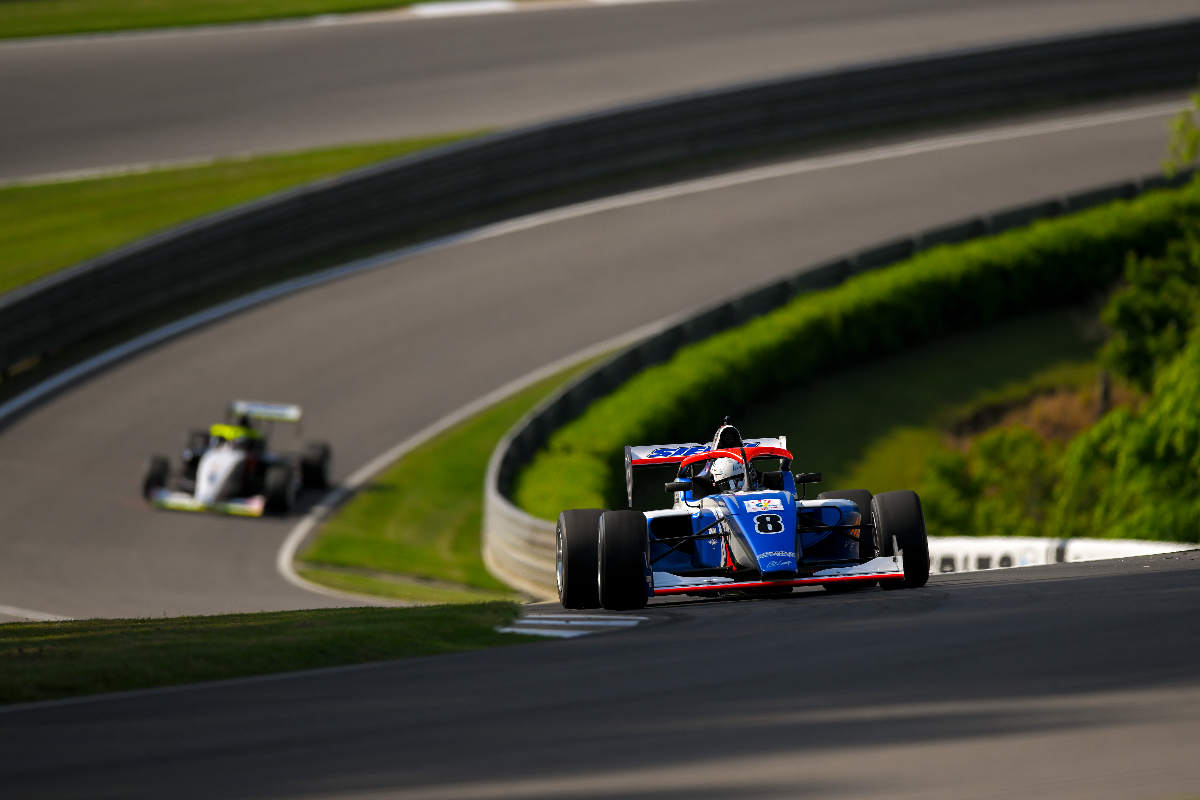 Known as the Mazda Road to Indy until 2019, when Mazda’s sponsorship of the support ladder came to an end, the Road to Indy did include Indy Lights, Indy Pro 2000 (formerly known as Pro Mazda) and USF2000.

IndyCar bought the promotional rights of Indy Lights this year from Road to Indy operator Andersen Promotions, which introduced a new Formula 4-spec series called USF Juniors as a pre-step to the two championship it continued to run.

As USF Juniors adopts a new chassis for 2023, which has the same underpinnings as the two series above it, it will become a fully fledged part of the Road to Indy.

But as IndyCar “reassesses its overall branding with dual management of the ladder steps” with Andersen Promotions, it has now been decided to drop the Road to Indy branding and run the three series under the ‘USF Pro Championships’ banner.

To fit in with the new branding, IP2000 has been rebranded to USF Pro 2000 for next season.

“Although we are rebranding the Road to Indy, our goals remain the same – to develop drivers, teams and crew to advance to Indy Lights and ultimately the IndyCar series,” said Andersen Promotions’ CEO Dan Andersen.

“With IndyCar taking over the operation of Indy Lights this year, the Road to Indy designation really doesn’t work moving forward for all steps on the ladder. We are proud of our accomplishments under the Road to Indy banner and intend to further develop the full USF Pro Championships as the only real place for talented young drivers on the open-wheel path.”