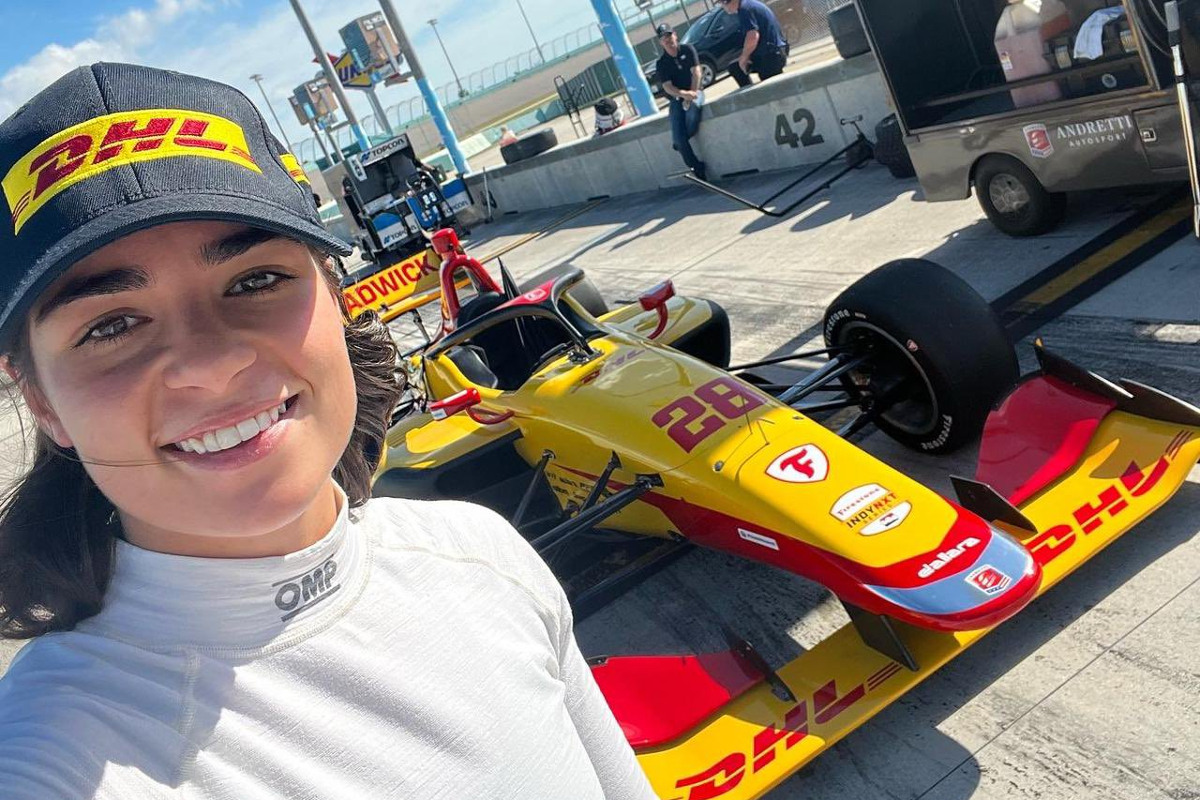 The switch from Cooper Tires to Firestone is the latest change made since IndyCar owner Penske Entertainment took over promotion of the series last year and began introducing more elements that would bring Indy Nxt closer to its parent series.

Despite the test being promoted in advance, the track being open to the press and video content from the test being distributed by the series through the day, there was no ‘official’ timing of the morning and afternoon session due to being “a private team test and not an official Indy Nxt test”. However a timing service was in fact provided for the teams present.

HMD Motorsports had its full nine-strong driver line-up out on track, while other teams had to call up drivers not signed for the season ahead to drive their cars.

Abel Motorsports and Cape Motorsports both called on USF Pro 2000 racers to be at the wheel, with Colin Kaminsky joining Abel and Enaam Ahmed driving for Cape alongside the already signed Jagger Jones who steps up from USF2000.

Also on track were the likes of Andretti Autosport’s Jamie Chadwick and Hunter McElrea, and Juncos Hollinger Racing pairing Reece Gold and Matteo Nannini, and a lot of the drivers had their first thoughts about the tyres shared online.

“Feels great so far. Firestone is definitely different from last year, but it looks like it’s going to be a good season [with them],” said HMD Motorsports’ Christian Rasmussen after his first run.

Gold also said there was a “big difference compared to the previous tyres”, but in “working out all the details” on how to get the best out of them repeated Rasmussen again by saying “so far it feels great”.

Danial Frost praised how quickly HMD was understanding the tyres, as it made the most of the advantage of running nine cars.

“The team has done an excellent job so far,” he said. “We are learning pretty quickly about how they work, so we’ve got to keep digging and try to find more time.”

His team-mate Josh Green went into more detail on the tyre characteristics.

“These tyres are way better in say the let’s say first three, four laps of the run,” Green explained. “They get up to speed really, really quick, and they don’t drop off as hard as we kind of expected. So we’re just continuing to learn, and build on what we have. And I’m excited to back to new tyres, but Homestead is super high-degredation on the tyre, so after one or two runs on a tyre it starts to fall off like a second, a second-and-a-half, and it gets pretty exciting.”

The factors that ended ADAC F4, and left much of German racing at risk