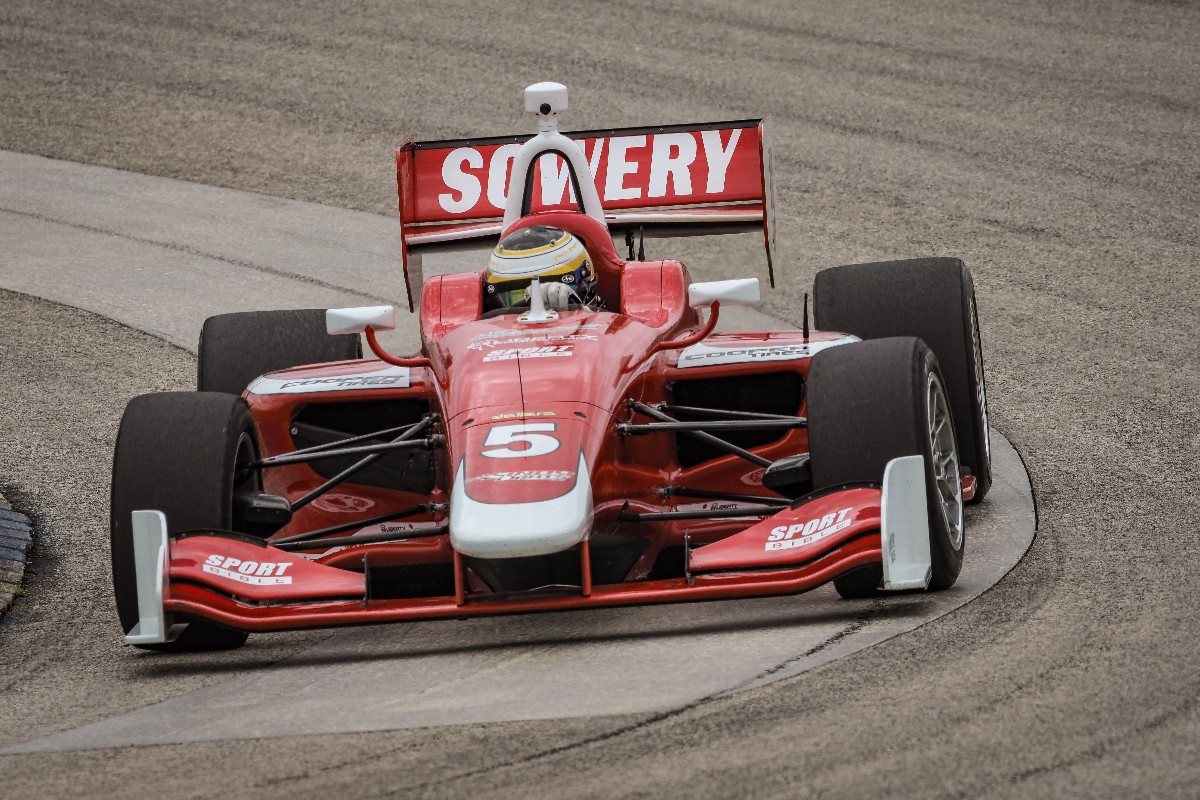 Belardi Auto Racing owner Brian Belardi has announced he is pulling his team out of Indy Lights, and racing as a whole, before the series returns in 2021.

His own health and “times of great uncertainty” were cited as reasons for Belardi’s departure, and the end of a successful nine-year spell in Indy Lights as well as three IndyCar appearances in the Indianapolis 500.

The team debuted in Indy Lights in 2011, and picked up several podiums, and its first win came courtesy of Peter Dempsey in a famous four-wide finish to the Indy 500-supporting Freedom 100 in 2013.

That success was repeated in 2014 by Gabby Chaves, who picked up three further wins that year to win the title.

There were wins in 2015 and ’16, mostably with Felix Rosenqvist, then in 2017 it won the teams’ title with Santiago Urrutia, Aaron Telitz and Shelby Blackstock. Urrutia and Telitz remained with the team and won races in 2018 and ’19.

It was due to run series race-winner Toby Sowery and Indy Pro 2000 graduate Rasmus Lindh this year, prior to the Indy Lights season being cancelled as a casualty of the coronavirus pandemic. With both drivers having believed to deferred their entries to 2021, Belardi’s exit puts into question where they may now race.

Belardi made the announcement on social media on Tuesday:

“Team owner Brian Belardi has decided with a heavy heart that it is time to leave the racing world behind. This decision did not come lightly, but after the cancellation of the 2020 Indy Lights season by IndyCar leadership, this year has proven to be a time of great uncertainty indeed.

“With more than a decade of history starting out with a USF2000 team and then dedicating its focus to an Indy Lights team, Belardi Auto Racing earned a team championship, a driver championship, two Freedom 100s and numerous race wins and podium finishes.

“BAR has been blessed to have a solid crew led by John Brunner. Brunner brought many years of experience and expertise to the team with his long history in the racing industry. BAR wishes nothing but the best for [the team members] in the future. Your dedication to making this a great team will not be forgotten.

Belardi himself said. “I never wanted this day to come, but for several reasons, including my personal health, it is time to close this chapter. Open-wheel racing will always be a part of who I am. It isn’t something you can just let go or forget about, so you can bet I will still be watching every race and following all of the young talent that is coming up the ladder.”

The three Indy 500 starts for Belardi all ran in association with established IndyCar teams, with 2009 Indy Lights runner-up James Davison at the wheel on all three occassions. Belardi’s best finish was 12th place in the 2019 edition of the race.