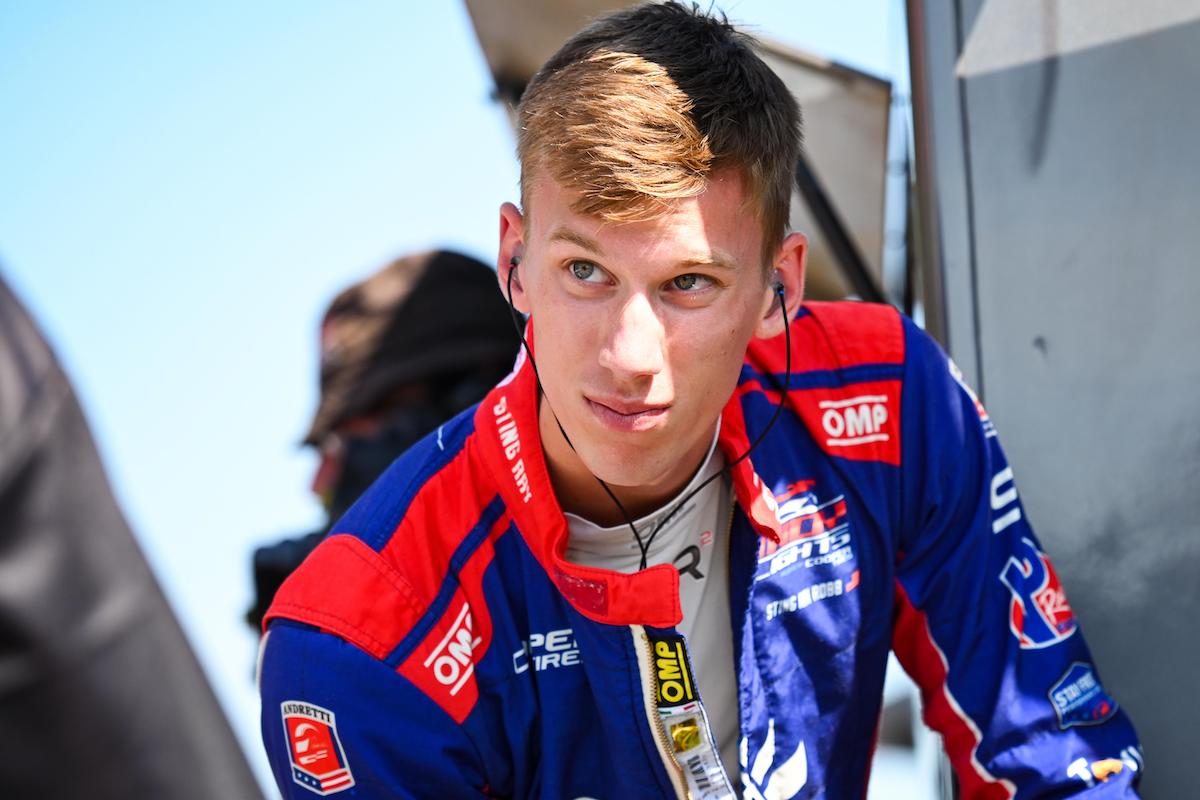 Sato announced earlier this week he is moving to Chip Ganassi Racing to drive the oval races in the car that Formula 2 graduate Marcus Armstrong will race on the road and street courses.

Robb will take over the Dale Coyne entry previously driven by Sato that is co-run by Rick Ware Racing. He will be one of three full-time IndyCar rookies, along with two-time Super TC2000 champion Agustin Canapino – whose single-seater experience comes to a single Formula 3 Sudamericana appearance in 2011 – and fellow Indy Lights graduate Benjamin Pedersen.

“This is an opportunity – a dream – that has been long in the making,” said Robb, “I’m honored to join forces with Dale Coyne, Rick Ware and the whole organization. I am excited and grateful to be on the IndyCar grid for 2023.

“We had a great first test together in early January [at Sebring] and I was very impressed with the efficiency of the DCR with RWR team and how well we worked together on our first day.

“DCR has a historically distinguished program that has seen success with many drivers and most recently, with young, talented drivers. I’m looking forward to continuing in that trend and expecting some strong results as we enter my rookie season.”

The 21-year-old spoke openly through 2022 about his intention to be on the next year’s IndyCar grid, and in his sophomore Indy Lights campaign he claimed one win, seven other podiums and two pole positions to be championship runner-up.

The previous year he had been eighth in the standings with just a single top-five finish, and before that had spent four years in what is now known as USF Pro 2000.

He came sixth in his rookie campaign in 2017, was seventh in his sophomore season and earned his first podium, then a move to Juncos Hollinger Racing resulted in six podiums, two poles and fourth in the standings in 2019.

Robb utilised his experience well when he stayed on for a fourth season, and a second with Juncos. During 2020 he won seven races, earned five pole positions and won the title by a huge margin ahead of future IndyCar rival Devlin DeFrancesco.

It looks highly unlikely that reigning Indy Lights champion Linus Lundqvist will race in top-tier single-seaters this year. Pedersen, who finished fifth in the standings, and Robb are set to be the only series graduates headed to IndyCar.

Robb’s move is in no doubt thanks to his manager Pieter Rossi, father of former Formula 1 and current IndyCar driver Alexander.

“Dale and I have spent a lot of the off-season testing and discussing driver options,” said Rick Ware.

“Getting Sting Ray on board to compete for the IndyCar Rookie of the Year championship, as well as the Indy 500 rookie of the race honors, is pretty incredible.

“I’m really looking forward to another fresh driver and personality to the No. 51 team and partnership platforms.”