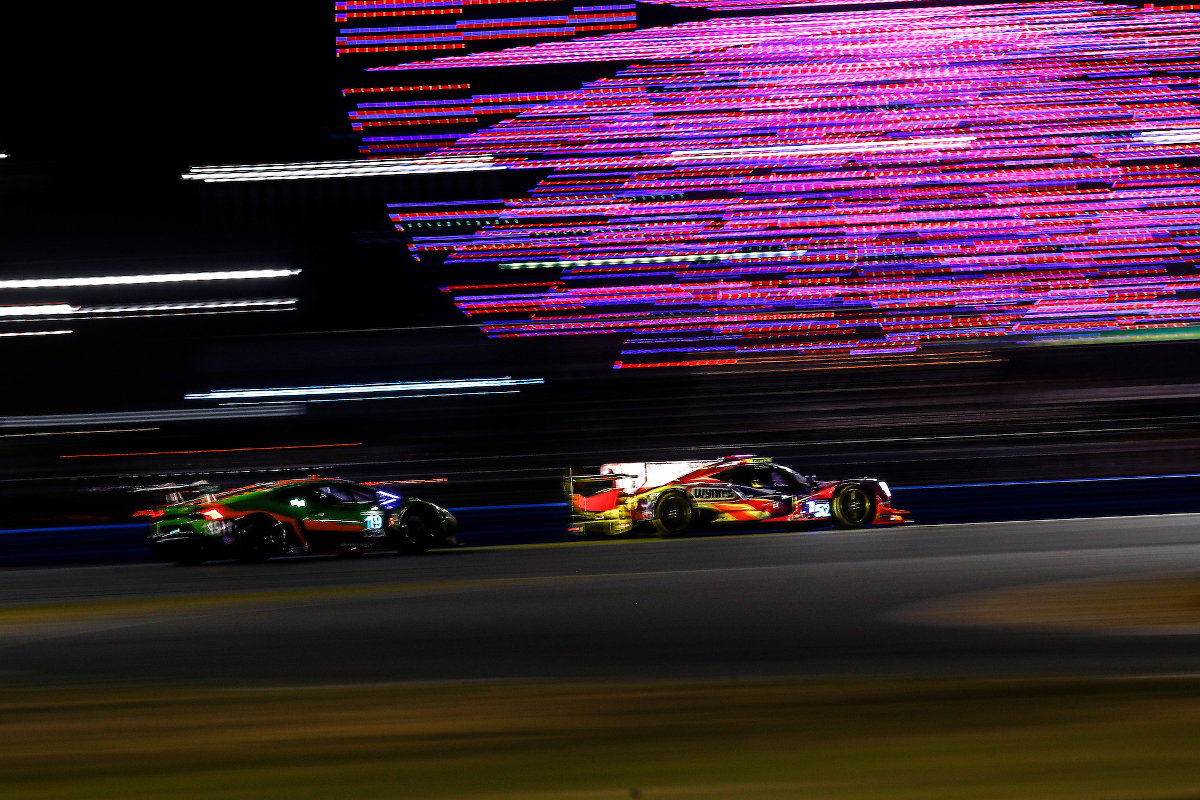 There will be a host of drivers from junior single-seaters competing in sportscars over the next month as the endurance racing calendar begins.

The first endurance event on the schedule, the Dubai 24 Hours, took place last weekend. Euroformula champion Oliver Goethe won the GT4 class alongside his brother, father and driver coach for the second straight year in a Dragon Racing-run Mercedes-AMG GT4.

This week is qualifying for IMSA’s season-opening Daytona 24 Hours, with the actual race taking place the weekend after.

Confirmed to be competing in that race’s LMP2 class, as well as the Sebring 12H, Watkins Glen 6H and Petit Le Mans races that together form the 2023 IMSA Endurance Cup, are Indy Nxt racers Josh Pierson and Christian Rasmussen.

Ed Carptenter Racing junior Pierson is only 16, yet has already won in the Asian Le Mans Series, came third in the FIA’s Endurance Trophy for LMP2 cars after taking class victory in the 1000 Miles of Sebring and finishing 10th overall at the Le Mans 24H (where he holds the record as being the youngest ever entrant), and was sixth in IMSA’s LMP2 class last year.

He has finished on the podium in USF2000, and his 2023 Indy Nxt campaign will be a part-time effort with HMD Motorsports before embarking on a full season in ’24. He then has a performance-based option to race for ECR in IndyCar in 2025.

Danial Frost joins MRS-GT Racing in the LMP3 class, while Chip Ganassi Racing junior Simpson will drive for the Starworks Motorsport-run Tower Motorsports team in a car shared with two of Team Penske’s IndyCar drivers, then will switch to Algarve Pro Racing for the ALMS season.

There are even more of HMD’s Indy Nxt drivers in ALMS, which consists of four four-hour races in the United Arab Emirates.

W Series’ Belen Garcia (Graff Racing), Euroformula runner-up Vlad Lomko (CD Sport) and USF2000 racer Bijoy Garg (RLR MSport), who is stepping up to USFP2000 this year, will be going up against Brichacek in the LMP3 class.

Lomko will also do the European LMS and Le Mans 24H with COOL Racing in LMP2, and Prema has promoted Formula 2 returnee Juan Manuel Correa to its WEC LMP2 line-up after being in one of its ELMS cars last year.