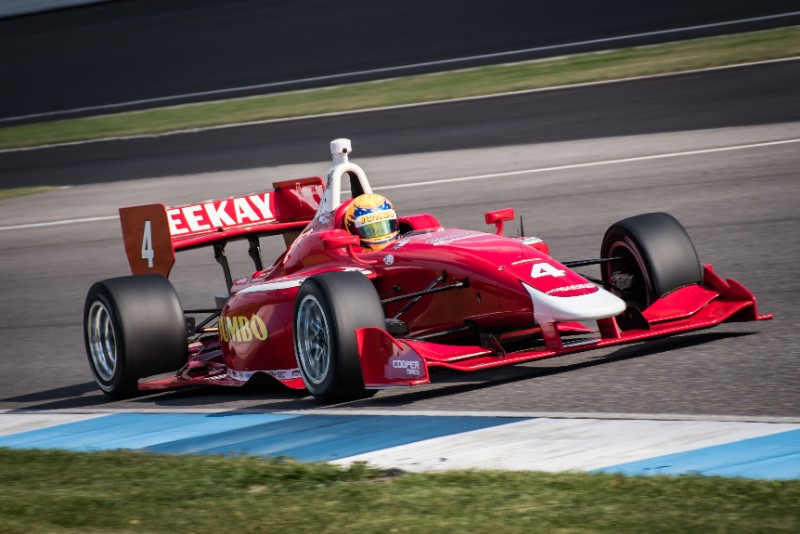 The Dutchman, who won six times this year in his rookie season with Juncos Racing, topped all six sessions over the two days and set a best time of 1m15.4790s on the IMS road course.

?We found the setup in the last session and won the day, though that wasn?t the main goal,? said VeeKay.

?I was here to help [the team] evaluate their setup so that was a bonus. I tested here with Belardi two years ago, so it was great to be back with them. I hope I am going to IndyCar next season but this is two days of driving, two days of getting better and trying to improve that much more.?

Andretti Autosport’s Robert Megennis was second fastest in every session, 0.2988 seconds back on VeeKay. He was joined at the team by Indy Pro 2000 graduates Rasmus Lindh and Danial Frost, and Formula V8 3.5 race-winner Egor Orudzhev.

USF2000 runner-up Hunter McElrea topped the IP2000 classification at the test in a one-two for Pabst Racing. Fellow USF2000 graduate Colin Kaminsky was second fastest and topped the first session of the weekend.

Parker Thompson, who finished second in IP2000 in 2018 and was third in the standings last year, switched teams to DEForce Racing and was third fastest. USF2000 champion Braden Eves was fourth for Exclusive Autosport, and switched to RP Motorsport after setting his fastest time.

Completing the top five was 2018 Asian Formula 3 champion and Sauber junior Raoul Hyman, who was also driving for Exclusive Autosport.

Jay Howard Driver Development’s Christian Rasmussen returned to USF2000 and set the pace there, ahead of Pabst’s Yuven Sundaramoorthy and DEForce’s Kiko Porto.