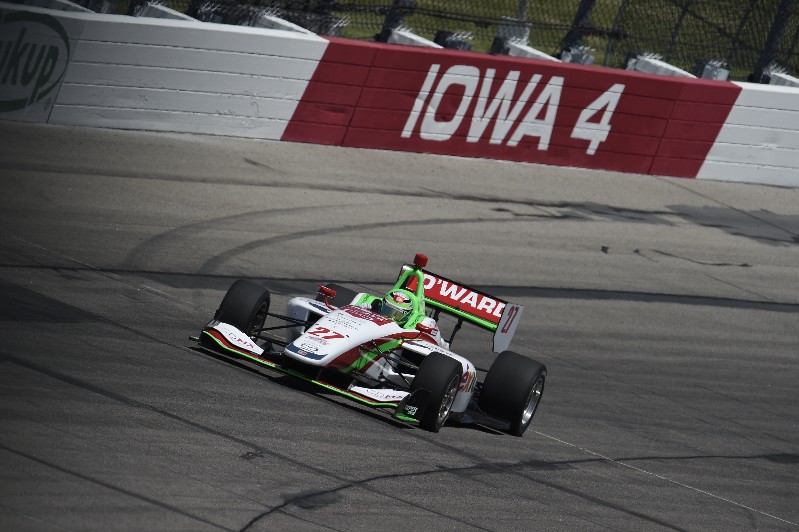 Indy Lights will slim down its season from 20 races to just 14 for this year, but will add another street circuit to the schedule.

The 2022 season will be the series’ first under the promotion of IndyCar owner Penske Entertainment Corporation, after Road to Indy operator Andersen Promotions sold the series last September.

On-track action will begin with a single race in St Petersburg on February 27, as there is no official pre-season test, and then there is a break of over two months before the next race at Barber Motorsports Park on May 1.

Previously both of those rounds had been double-headers, but the round on Indianapolis Motor Speedway’s road course will run to two races on May 13/14, and then there’s another double-header on Belle Isle in Detroit on the first weekend of June. A week later the paddock is at Road America for a single race (June 12).

The second half of the season begins at Mid-Ohio on July 3, with the circuit hosting four races last year but only one in 2022.

Iowa Speedway returns to the series after a four-year absence on July 23 as the first oval race on the schedule, with no return of the Freedom 100 at IMS after it was dropped for 2021. Before the second oval round at Gateway (August 20) is a new addition to Indy Lights: the Nashville street circuit.

Nashville joined the IndyCar calendar last year with the inaugural running of the Music City Grand Prix on its city streets, and its track proved popular despite initial reservations about the tightness of several corners and the pit exit. The second running of the grand prix will be on August 7.

There is a condensed end to the Lights season, with a race at Portland on September 4 followed up by a double-header finale at Laguna Seca on September 10/11.

Three official test days have been announced, the first on IMS’s road course (April 5), then two oval days at Gateway (June 15) and Iowa (June 22) after limited running before the return of oval racing in 2021 led to race-shortening tyre issues.