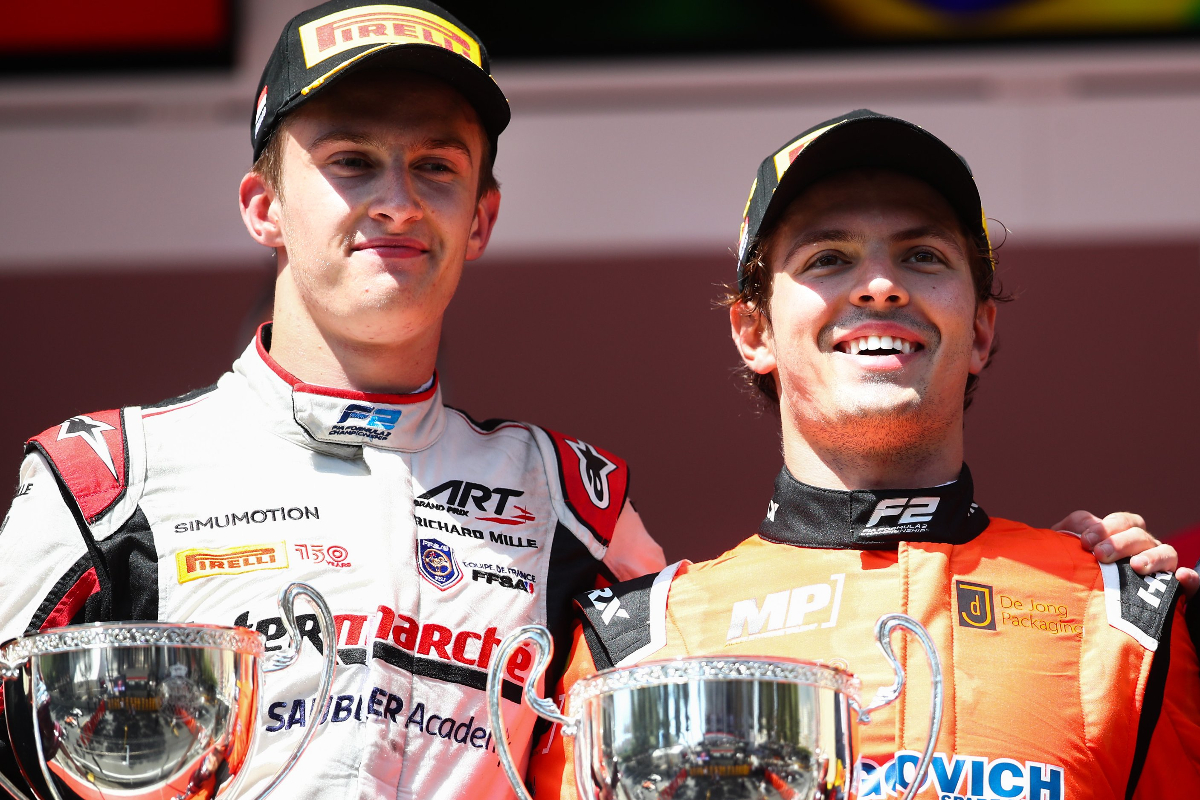 Felipe Drugovich and Theo Pourchaire’s title battle was already hotting up before their fight for the feature race win in Monaco. We spoke to both in the paddock and the virtual media pen through the weekend

After 10 races, there is a 32-point margin between the top two drivers in the Formula 2 championship. But on track they are as close as can be, with the two group toppers in Monaco qualifying lapping with a difference of 0.187 between them, and then finishing 0.827s apart in the feature race after 42 laps spent in the top two positions throughout.

Formula Scout was in the F2 paddock, based in a multi-storey car park in the city, to catch MP Motorsport’s points leader Felipe Drugovich and his ART Grand Prix-run rival Theo Pourchaire after each session and also speak to the pair in the weekend’s three press conferences about what went down on track – including how Drugovich’s qualifying crash inadvertently put him on pole ahead of Pourchaire – and the early outlook on a title battle which has primarily played out in the press.

On their approach to the title fight…
Theo Pourchaire: “To take each race as it comes. It’s early to talk about the championship. After [Monaco] I will focus on the next one, on Baku, not on the championship. I know that Felipe is a fast driver and he will be a contender.”
Felipe Drugovich: “It’s been a really good season so far. We managed to not do many mistakes and that’s the main thing, to be consistent but still it’s a very long season so we need to take it easy and try to do our best.”

[to TV]: “I think it’s going to be a battle until the end of the year. Hopefully it’s going to be like this. I’m just so grateful we’re managing to be there every time. Before the weekend we thought this might be one of our weak points and it turned out to be a strong point so I’m really happy.”

On Monaco 2021…
TP: “For sure the experience helps a bit but I need to say to myself that it is a new season, it’s a new race. Everything can happen. I need to learn again, to improve myself but I’m pretty happy with the weekend so far. Everything went well apart from the quali with the red flag but it’s normal. The feature race is the most important. 42 laps will be tough physically, mentally as well, but I’m ready for everything.” 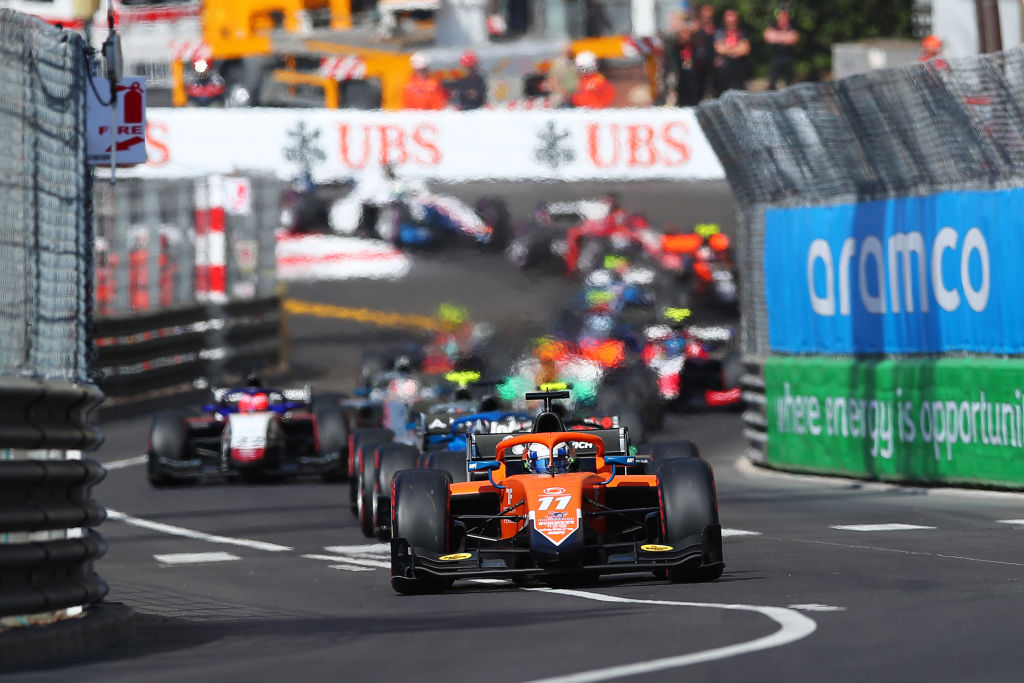 On qualifying, in which Drugovich moved to the top of his group and onto pole as the two drivers ahead of him were penalised for not slowing down enough under yellow flags after he crashed
FD: “I was improving three tenths on that [yellow flag-causing] lap, purple sector two which was a really good lap from my side, also improving in the last sector and I just came to the last corner and pushed a little bit too much.”
TP [to press]: “Only because of the red flag [was my qualifying group not quicker]. To be honest, we were about to go quicker in the last lap. I think we had the track advantage a bit. But it’s like that. I mean, it’s Monaco, and we know that we have a bad position in the pitlane this weekend. We are with Mercedes in the garage, which means that we are last on track. So we are at risk with the red flags and that happened to us today. But it’s okay, P2 is fine.”

On Saturday’s sprint race…
FD: A day “to forget” explained to Formula Scout after pitstops and retirement
TP: “It was almost the maximum [we could achieve]. We missed on the fastest lap as Doohan improved on the last lap but that was very close. It was a good race, good start, good overtake on Doohan in turn five – I don’t know if the television broadcast showed it but I went for the inside, really late on the brakes, it was a good overtake. That was the only opportunity I had in the race, at the start when the tyres are cold, brakes are cold, you can try something so I was happy with that. P6 is not too bad, it’s only three points but it’s good for tomorrow. We know that we are fast.

“[For the feature race] The start will be important, the race management as well. The weather will be on the edge with the rain so we need to focus on that as well. We have very good pace there and I’m happy with the car so it’s good.”

On Sunday’s fight for the feature race win…
FD [to TV]: “If it was intense for you guys watching, for me you cannot imagine. I was just pushing for my life. I knew we were a little bit compromised on the supersoft tyre since we had used it a little bit more than the others and that’s what happened, I had so much degradation and I could not push more than that. I was just limited by the tyre so I had to defend. But I’m so thankful, we’re in Monaco, thank you very much.” 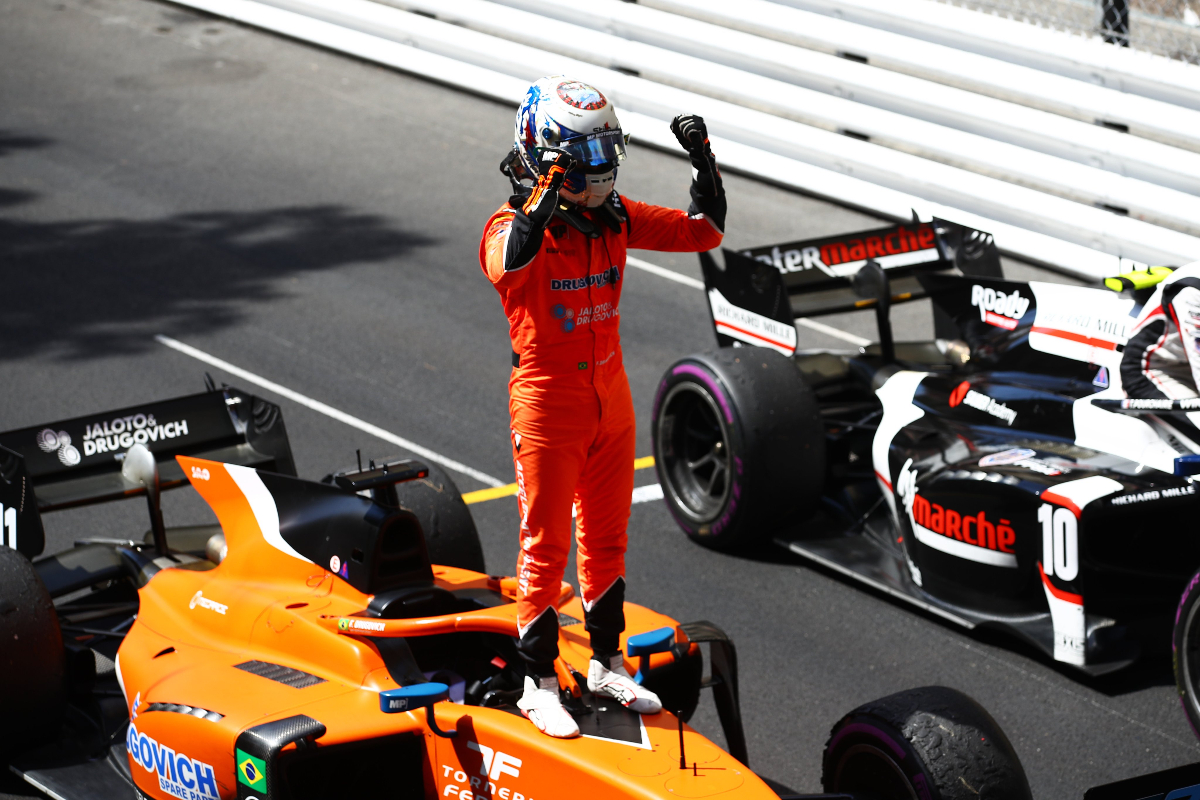 TP [in presser]: “Of course I wanted to win in Monaco. It’s the best race of the season, it’s a good weekend overall for me. P2 in Monaco is very good. I think we had the pace to win the race but Felipe did a good job, he didn’t do any mistakes. I was putting a lot of pressure on him for sure, I was really close at some points, was almost crashing into him sometimes in the hairpin, I think the front wing was almost touching his wheels.”

On the Sunday battle and season expectations…
FD [to press]: “The battle today was great to watch, not so great inside the car for me. Of course I enjoyed the whole weekend and the race, i mean it’s just unbelievable. And the battle for the year, looks like we have not just us two fast but also many drivers like Juri and so many other guys. Hopefully it keeps like that, and we keep pushing each other and going forward.”
TP: “Monaco is a special place, it’s a very special track. I know I’m fast here, the car is fast as well, ART GP is really strong on that track. This weekend I could have been maybe on pole, we didn’t do it for many reasons, and I didn’t win the race because I was stuck behind Felipe, but I’m confident for the rest of the championship we can win many more races.”

[to press]: “I think that Felipe is the main contender. He is leading the championship, by a good margin. I need to improve myself, but it’s a long way to go and it’s really early to talk about the championship.”