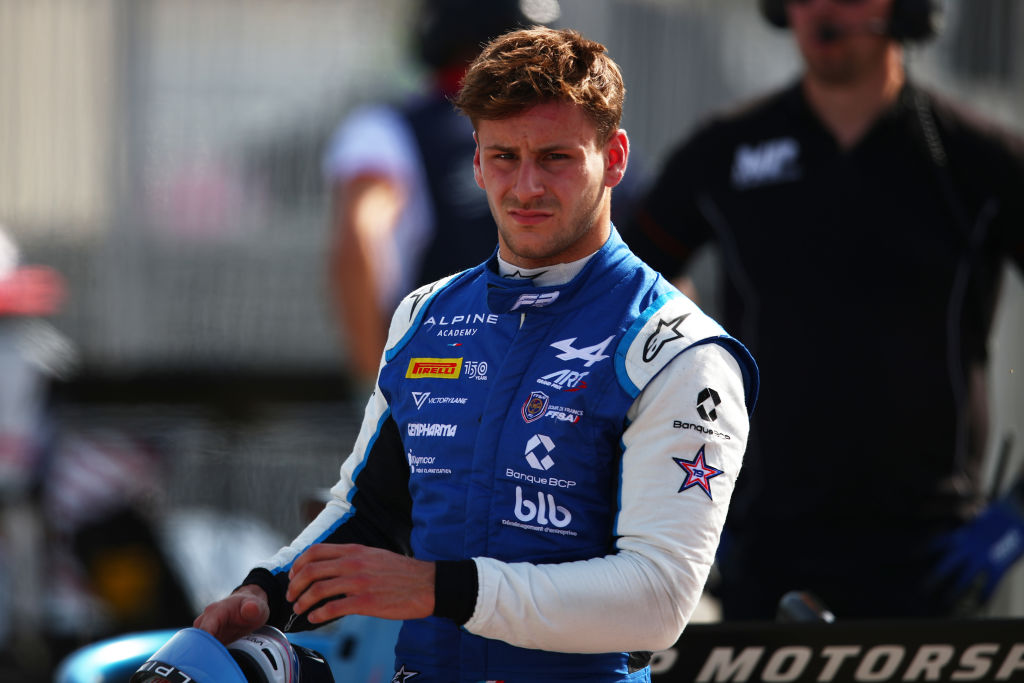 FIA Formula 3’s Barcelona feature race winner Victor Martins has revealed he had doubts building prior to the race after an issue had curtailed him the day before.

The championship leader qualified second, but passed Roman Stanek around the outside of the opening corner of the feature race to take the lead. That move, along with two well-timed safety car restarts, proved decisive for his second win of 2022.

Martins said afterwards he was “a bit more relaxed now than I was before the race”, adding “after the issue yesterday, I was in a position where I needed to score points” in reference to his mechanically-induced retirement from the sprint race.

“There was a bit of doubt in my mind – you tell yourself you have to score points, but also you need to stay on the track,” he said.

“I knew the win was possible, but at the same time, I needed to manage the race and stay on the track because we’ve had too many incidents, too many races that we didn’t finish.”

Martins looked back at his races at Barcelona in 2021, with a focus on his battles with Dennis Hauger, for analysis to ensure he nailed this year’s contest.

“After yesterday, I looked at a lot of races to see how it was at the start – what kind of opportunities I would have into turn one and what was the best to do. I got the opportunity, and I went for it.

“I had the experience from last year fighting with Hauger, so I knew where the braking point was and when I saw him braking early, I was confident doing that and it was successful. Because I didn’t do the full race yesterday, I was feeling confident, but it wasn’t clear.

“I had to manage my tyres; I wasn’t going to push like crazy. I wanted to keep a consistent laptime and feeling in the car’s balance. I think I could’ve pushed more, but I wasn’t sure what I was going to get at the end of the race.

“I tried to surprise [Stanek at the safety car restarts]. The first one was quite good, I was clear from behind into turn one and the second one – I thought do I change, or do I stick with the same because maybe he won’t think I will do it again at the same place – so I did.

“I knew I was good in the last section to I could pull a little gap. If I were to do it again, maybe I would change the place because I was so low in the rpm with the second restart that I was like ‘oh my god, I have no power to pull a gap’. In the end, I managed it well and all that counts is that I kept P1 at turn one.”