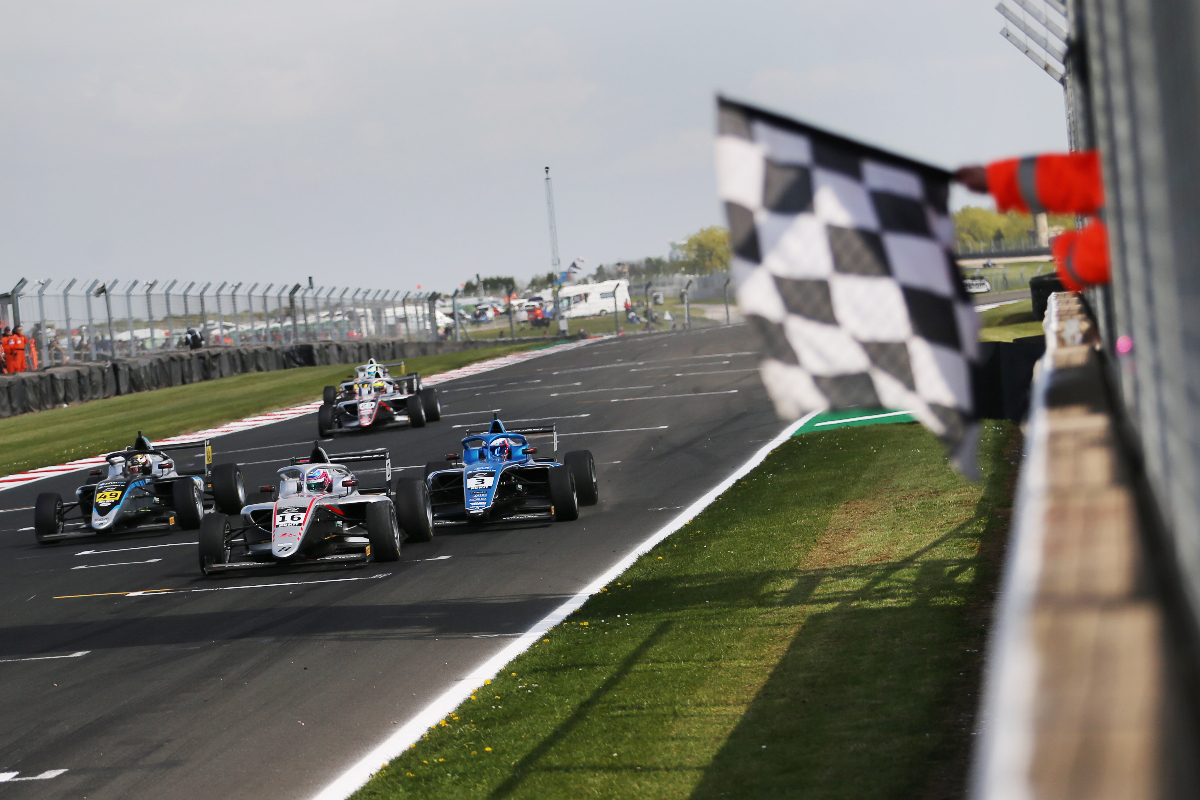 British Formula 4 has revealed the provisional calendar for its 2023 season, which includes races on Donington Park’s Grand Prix layout for the first time.

The championship has raced at the Leicestershire every year since its inception in 2015, but only ever on the National layout which after Starkey’s Straight has a chicane which turns right onto the pit straight rather than left to the GP loop.

There are only in effect two more corners on the longer GP layout, with ‘The Esses’ chicane leading on to a straight that heads downhill to the Melbourne hairpin before heading back up and to the Goddard hairpin when goes onto the pit straight.

British F4 will retain its 30-race, 10-round format with one race out of three at each event using a reversed grid, and also maintains its presence in two countries in Great Britain as there are nine English rounds and one in Scotland at Knockhill.

Donington will appear twice on the calendar, with the National layout being used for the season opener on April 22/23 and then the GP layout being run on during the summer holidays on August 26/27. It replaces the second date Thruxton currently has.

“Being in a position to confirm our calendar this far in advance has a lot of positive knock-on effects for our teams and prospective drivers, in terms of planning ahead, and I’m confident we will continue to go from strength to strength in the months ahead,” said Hugh Chambers, chief executive of British F4’s promoter Motorsport UK.

“Alan Gow and his team at TOCA do a superb job in putting the calendar together, and it’s very exciting to see the package return to the GP loop at Donington Park after two decades away. We look forward to another prosperous season for the championship in 2023 and beyond.”

F4 cars have already raced on Donington’s GP layout before, as the new GB4 championship took its first-generation cars there last weekend for its fourth round of 2022. The GB3 series it supports also races on the full circuit.

Novalak explains ‘choice’ not to seek F1 junior status for 2022