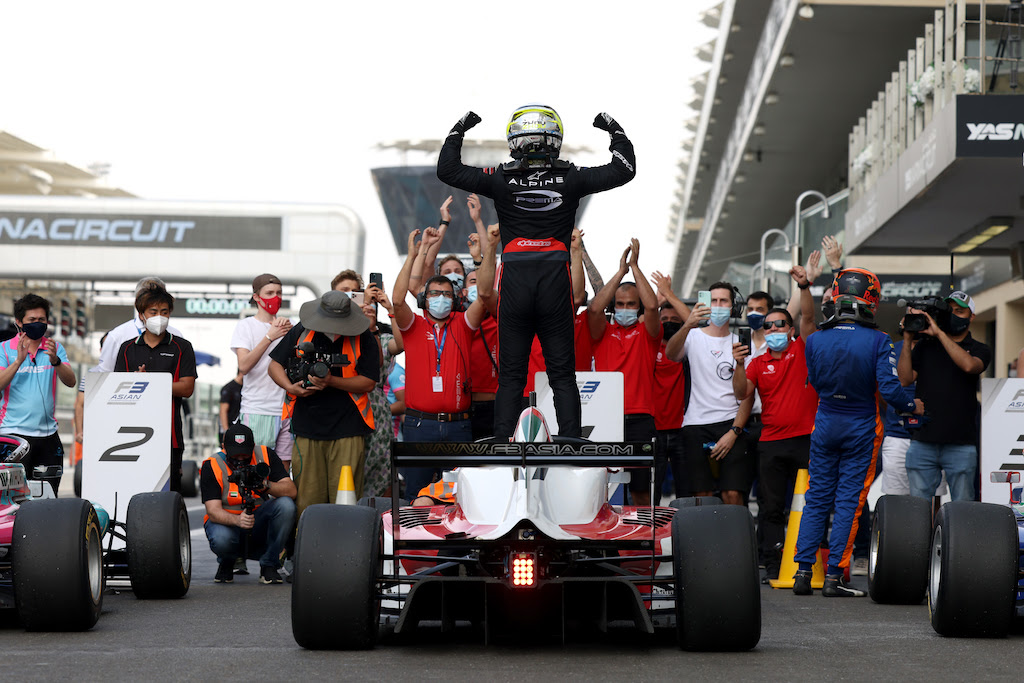 Guanyu Zhou is now front of the FIA superlicence queue after winning the Asian Formula 3 title last weekend. What does his first single-seater championship triumph mean for the rest of the Alpine junior’s year?

Alpine Academy member Guanyu Zhou is only a couple of points away from earning the FIA superlicence that would enable him to race in Formula 1 in 2022 after getting his year off to winning style in the United Arab Emirates-based Asian Formula 3 championship over the past month.

Across 15 races, Zhou claimed four wins and five fastest laps in addition to five poles out of an available 10. The only time he finished outside of the top five was a retirement in the opening round after a clash with Mumbai Falcons’ Jehan Daruvala and Kush Maini, and he became the 16th driver to have been run to an F3 title by Prema.

It was fellow Formula 2 driver Daruvala who proved to be one of Zhou’s closest rivals, along with Pinnacle Motorsport’s Formula Regional European Championship-experienced Pierre-Louis Chovet, and it was Chovet who led the standings by a healthy 32-point margin going into last weekend’s final round. Zhou managed to overturn the defecit with a double win, and now heads into the upcoming Formula 2 season as one of the title favourites and with momentum behind him.

First title in single-seaters, how does it feel to get it done?
“It felt special, and it felt like I have been waiting for this for a long time, and the first ever title in single-seaters is always an amazing feeling. Especially considering this year in the Asian F3 championship is a high level of drivers complete this championship. So to be coming out on top is something amazing.” 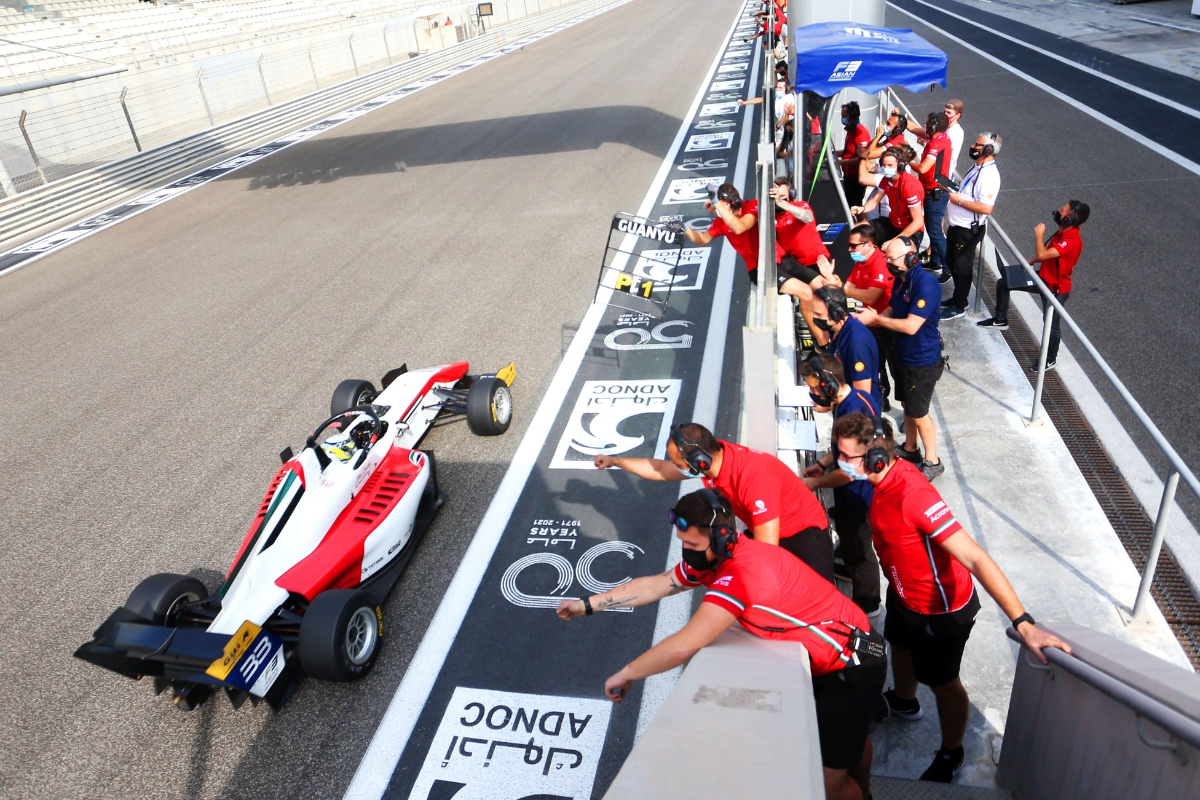 Was the series being broadcast in China, and do you think winning this title is going to put even more attention from home on your F2 campaign?
“Yes, it was being broadcast in China and winning the title, you have more attention in general, it’s not just for my F2 campaign, it’s for my general future. Because winning the title means I gain 18 superlicence points, which means I’m almost all there for the superlicence. Only two points away.”

Returning to Prema, who you know well from Formula 4 and F3. How did it feel to reunite with the team, and who was engineering you for the Asian F3 campaign?
“Returning to Prema, a team where I started my first ever single-seater championship, is something [that’s] a great memory.

“There’s Ralf Aron, who is the manager for this series together with [team principal] Rene Rosin, and Ralf was my team-mate in F4 when I finished second in the Italian championship, and he was my team-mate in F3 [too]. So there’s a lot of great memories, and great things we went through together.

“In Asian F3 I had two engineers. One was my first, first ever F4 engineer, I had him in my first year, and the other is a guy I was working with for the first time.”

What were the main driving challenges of going from F2 down to Regional F3 car? How much did you have to change the driving style to accommodate for a heavy and slower car?
“People say F2 drivers go to F3 in asia and it’s easy. To be honest, it’s quite a lot different to what I’m used to driving.

“Coming from so much horsepower, so much downforce, carbon brakes, into something completely different. You have to push the brakes less hard, you have to change a little bit of braking style, you have to [adjust] the driving style so the line as well. The car is higher, and all this line approach is different, different braking points, different to what I’m always used to from the last three years. 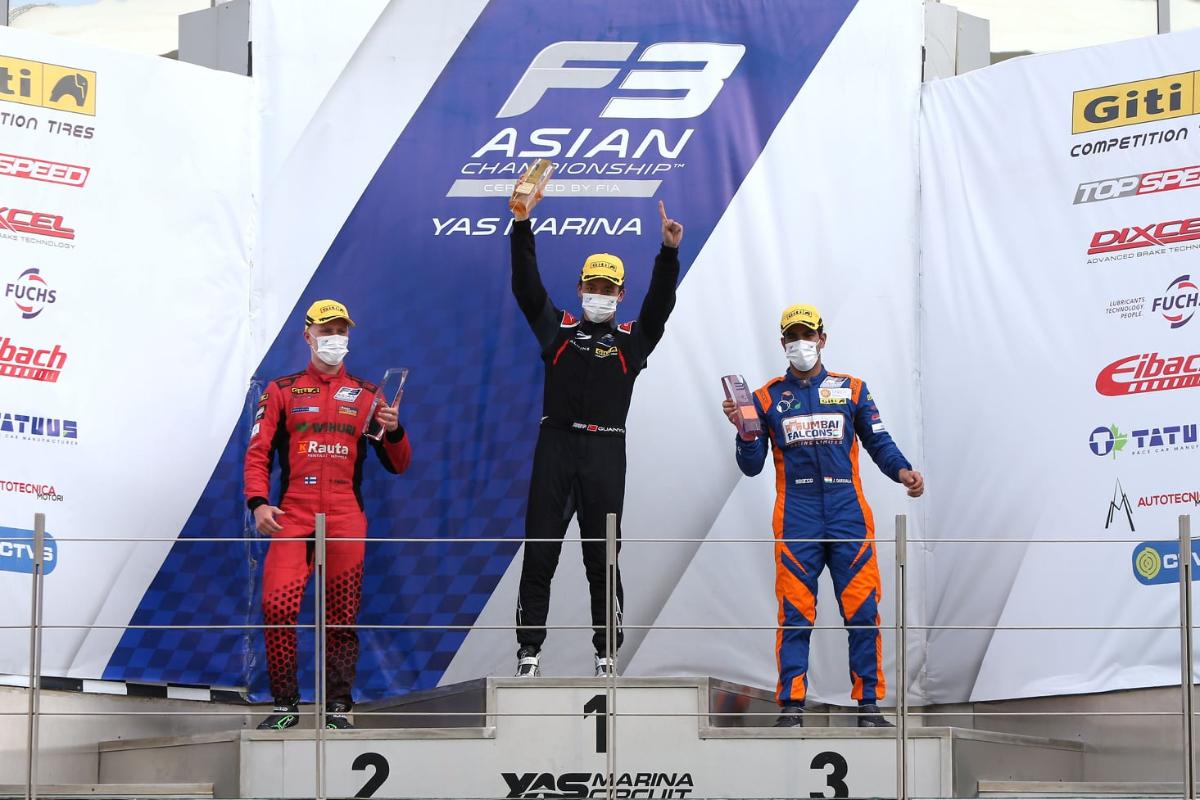 “There’s a lot of adapting for drivers, so it’s not easy, and also to always maintain to be on the top all the time against all the drivers who have driven already this Tatuus chassis for one to three years, is completely something quite challenging for me, but I’m happy that I adapted well.

Your starts weren’t always great, was the clutch on that car a tricky one to get right?
“The start was not great. I have to say it was great in the first weekend, second weekend was fine, but then after my stall I lost a little bit my confidence with the starts, because with such a low-power car, you literally just have to drop the clutch to get a fast start.

“But then regarding to what I’m used to having in F2, it’s a complete change for me, and having the throttle clutch is different to the paddle clutch as well. But yeah, it was fine. I had two mistakes which I’m really not so happy with myself, but after we get it all sorted and just kept having consistent starts.

Describe the title battle with Pierre-Louis and Jehan, and when you went into the final round with the points gap to Pierre, were you confident you could overturn it to win?
“It’s been us three the whole campaign, and it’s been tough. We always tried to be at the top, and coming to the last round with 32 points behind the championship leader, I had nothing to lose, the worst case was pretty much P2 in the points.

“So I gave everything I had, especially in qualifying; I knew the qualifying’s the key in this car. We done our job, triple pole, and in the races we kept our head down. Always tried to score as much as I could by the time, and then before the last race of the year I was one point ahead in the lead, so all I had to do was to get a clean start and keep my position. Which we nailed it and finished the year with a victory again, so it was great.” 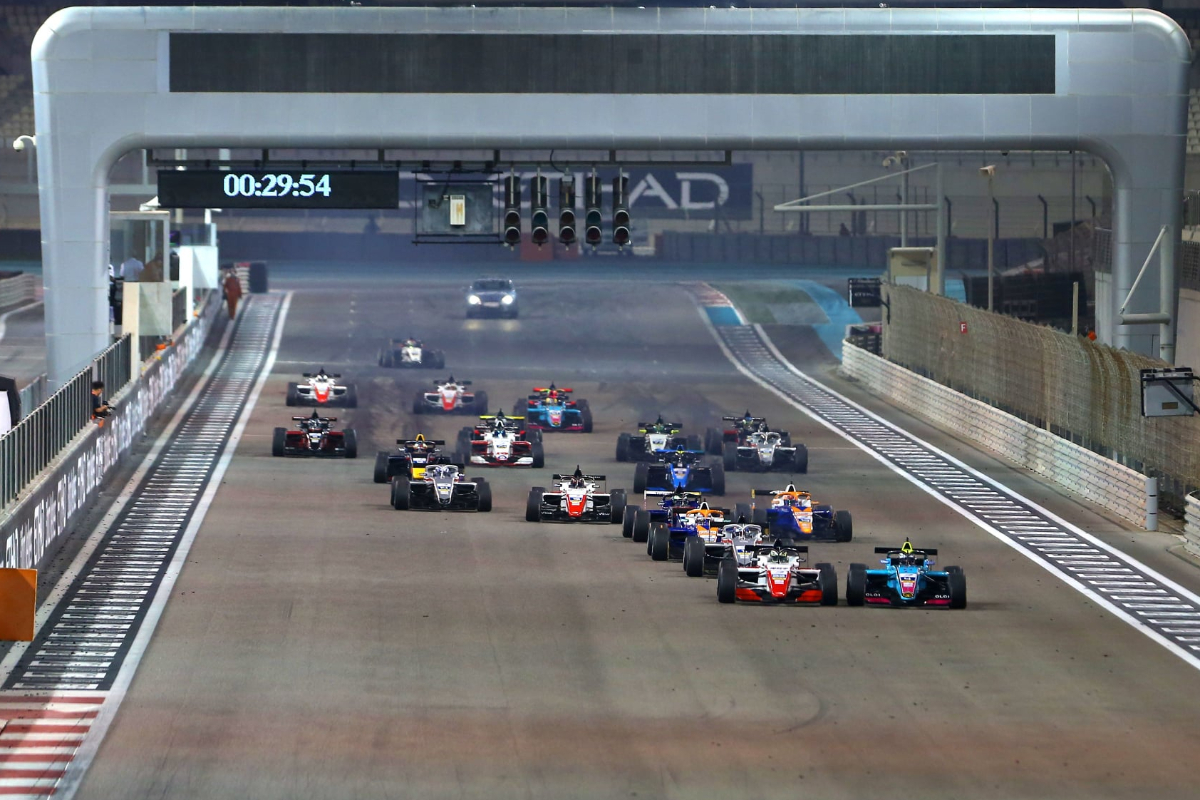 Have the superlicence points earned here taken pressure off or added pressure to reach the 40 points needed for F1 in the F2 campaign, now you’re closer to the target?
“For sure, 18 points for superlicence [is great]. It means I’m two points away to reach the superlicence. Even though without any more championships this year, I would have secured my superlicence already [with a F1 free practice appearance].

“In the other hand, it’s definitely taking a lot of pressure in F2, because in every championship you don’t know exactly what will happen. There’s so much stuff that could surprise you or make your season go up-and-down, so right now I’m really happy I did our job pre-season and given me less pressure, so now I’m focused on F2, trying to still be a championship contender and finish in a good position.”

How much do you think doing Asian F3 has been a benefit for the upcoming F2 campaign, and do you think the title win is going to give you momentum going back to F2?
“This year the Asian F3 championship has been for sure one of the hardest year of driver rankings, in terms of the last few years. There’s been a lot of F2 drivers, a lot of F3 drivers, and good drivers coming from Renault doing this championship.

“So it was not an easy campaign. I had to stay focused every race weekend, putting so much effort to be at the best as possible.

“There’s definitely some pre-season training [element in it], which is really useful for me. Just keeps you that racing momentum, and racing is the best ever exercise you can ever do, so I’m happy that I kept racing and kept my body and everything fit.”

Your fellow Alpine juniors have been at a training camp while you’ve raced, will you be doing something similar now, and when will F2 and F1 prep with Virtuosi and Alpine at the factories in England start?
“Yes, obviously my progrmame is a little bit different to them, because I’m doing Asian F3. But as soon as I’ve finished the championship here, I’ll be back following my training programme and trying to prepare for my F2 season. There’s still a long season ahead, and trying to always keep myself in the best shape possible, to be ready for the challenges.”