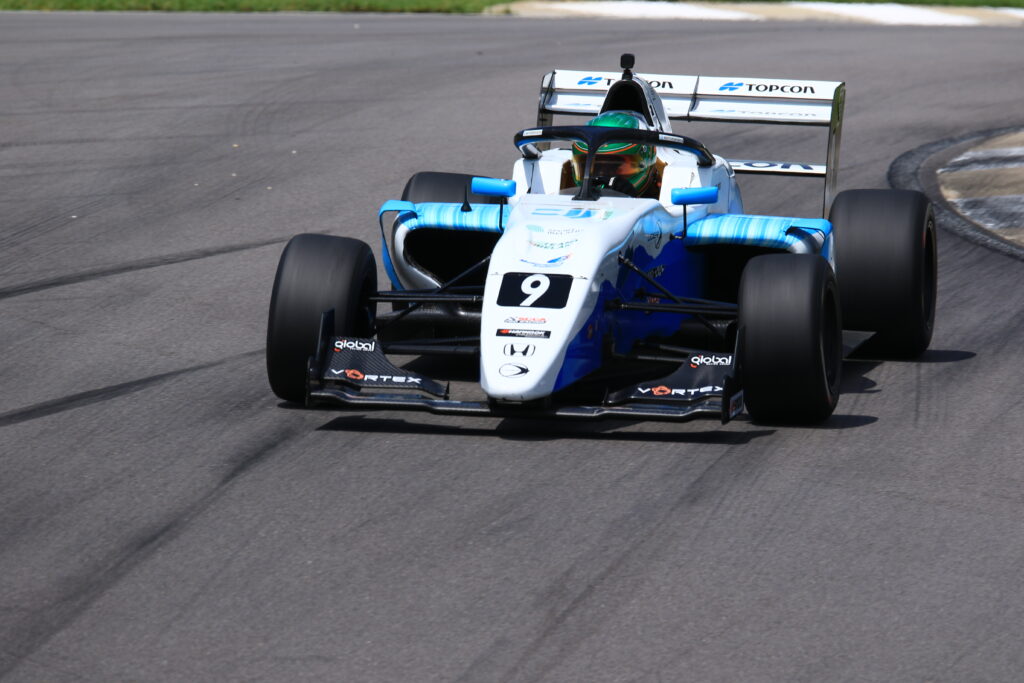 The 22-year-old Irishman has raced in North America since 2018, having previously been a frontrunner in Ginetta racing and Formula Ford 1600 in Europe.

His single-seater career started in 2016, with two years in BRSCC National FF1600 resulting in two wins. He then went to America’s F2000 Championship Series, winning three races, and won in the first of his two FRegional Americas campaigns.

“To be making my move into the Road to Indy and supporting the IndyCar series with an Irish-owned team here in the USA is really special.

“After testing with the team over the winter and spending quite a lot of time at their shop in Chicago, it became very clear to me that the right personnel, knowledge, and level of experience is in place within the team to give myself and my partners the best opportunity to succeed.”

Turn 3 is fronted by Peter Dempsey, who in addition to famously winning Indy Lights’ Freedom 100 race in 2013 is a three-time winner of FF1600’s Walter Hayes Trophy.

“Joining the team was a very easy decision for me to make,” continued Roe.

“There is no doubt that this year is going to be extremely competitive as the level of competition is always very high on the Road to Indy.

“Competing on ovals and street courses will be a new experience for me as well, and I’m excited for that challenge. I have every bit of confidence in our package and believe we as a team have what it takes to be at the right end of the grid.”

Team owner Dempsey said it was “very cool” to sign an Irishman to his team.

“As an Irishman myself, I’m hopeful that over the next few years we will be in a position to have more young Irish talent join Turn 3 Motorsport as well,” Dempsey said.

“As a team, we learned a lot during our 2020 season and have made improvements in many areas, so we are all excited and ready to kick off the 2021 season in April.”