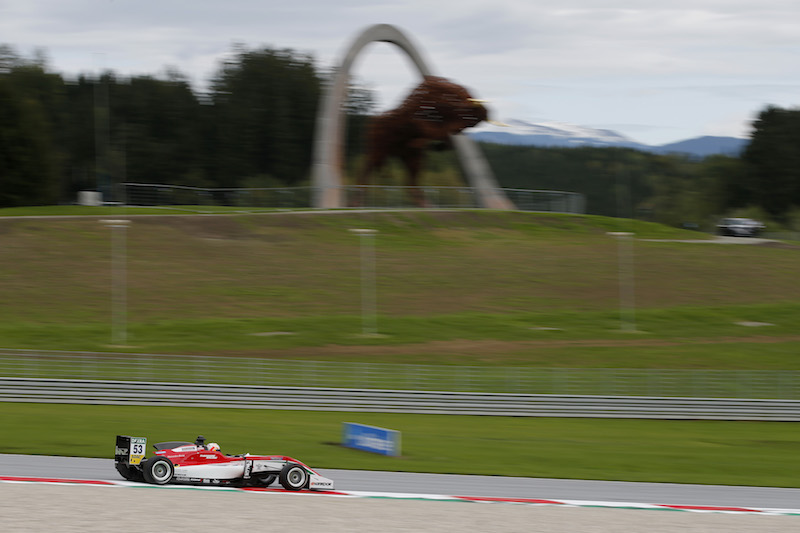 Ilott took his eighth pole of the season by a margin of just 0.016 seconds over Gunther.

Lando Norris could wrap up the title this weekend if he can outscore Gunther by more than a point but had to settle for fourth place on the grid, with the remaining driver from the championship’s ‘big four’ Joel Eriksson claiming third.

Hitech duo Tadasuke Makino and Nikita Mazepin impressed to be best of the rest and lock out the third row of the grid, with Mazepin beating David Beckmann to sixth by just 0.003s.

Joey Mawson was eighth fastest but carries over a three-place grid penalty from the final race at the Nurburgring, promoting his Van Amersfoort team-mate Harrison Newey.

After celebrating his maiden win in an impressive weekend at the Nurburgring, Jake Hughes was the slowest of the Hitech quartet just behind Aron, and takes a 10-place penalty for an engine change in race one.

Devlin DeFrancesco, stepping up from Euroformula with Carlin in place of Ameya Vaidyanathan for the final two rounds, was 18th fastest of the 20 drivers, only two places behind race-winning team-mate Jehan Daruvala.