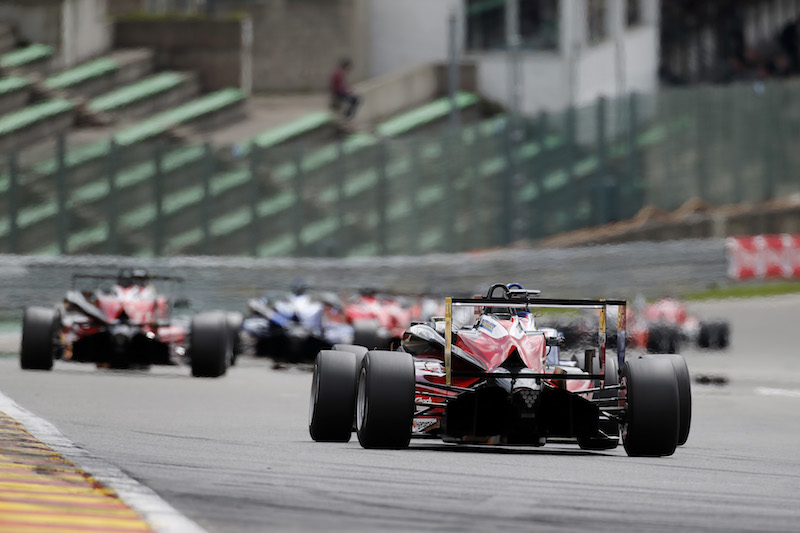 Since the transition of the GP2 Series to become the FIA Formula 2 Championship at the beginning of 2017, it has been expected that the GP3 Series would be merged with the existing Formula 3 European Championship to create a new series using the F3 name on the Formula 1 support package.

The announcement of the International F3 concept, following its approval by the meeting of the World Motor Sport Council in Paris on Thursday, can be seen as the first formal step towards this.

It calls for expressions of interest in becoming the chassis manufacturer, the engine manufacturer and the promoter, adding that potential promoters may also submit a proposal for chassis and engine.

International F3 will have “a completely new” single-make chassis as well as a single engine producing 350 horsepower – compared to 400 for GP3 and 240 for current FIA F3.

It is due to have nine to 10 events with two races per event, a grid of 24 cars with eight teams each running three cars. GP3 and European F3 currently feature five teams each, with 20 cars in each series.

Regional F3 will be launched as “an intermediate single-seater category between Formula 4 and Formula 3 International, to be sanctioned by the FIA and run by ASNs as International Series in a similar model to FIA Formula 4”.

The WMSC also announced changes to the superlicence system, with mostly notably the champion of FIA F3 now receiving 30 points instead of 40, meaning its champion does not automatically qualify. The GP3 champion now receives 25 points instead of 30 and the winner of Formula V8 3.5 gets 20 points rather than 35.

Changes to the F4 technical regulations were also approved, consisting of a mandatory safety update to be retrofitted to existing cars, “designed to significantly improve the compatibility of the front end of the chassis and the rear impact structure”. It comes after Billy Monger lost both lower legs in a front-to-rear collision in a British F4 race at Donington in April.