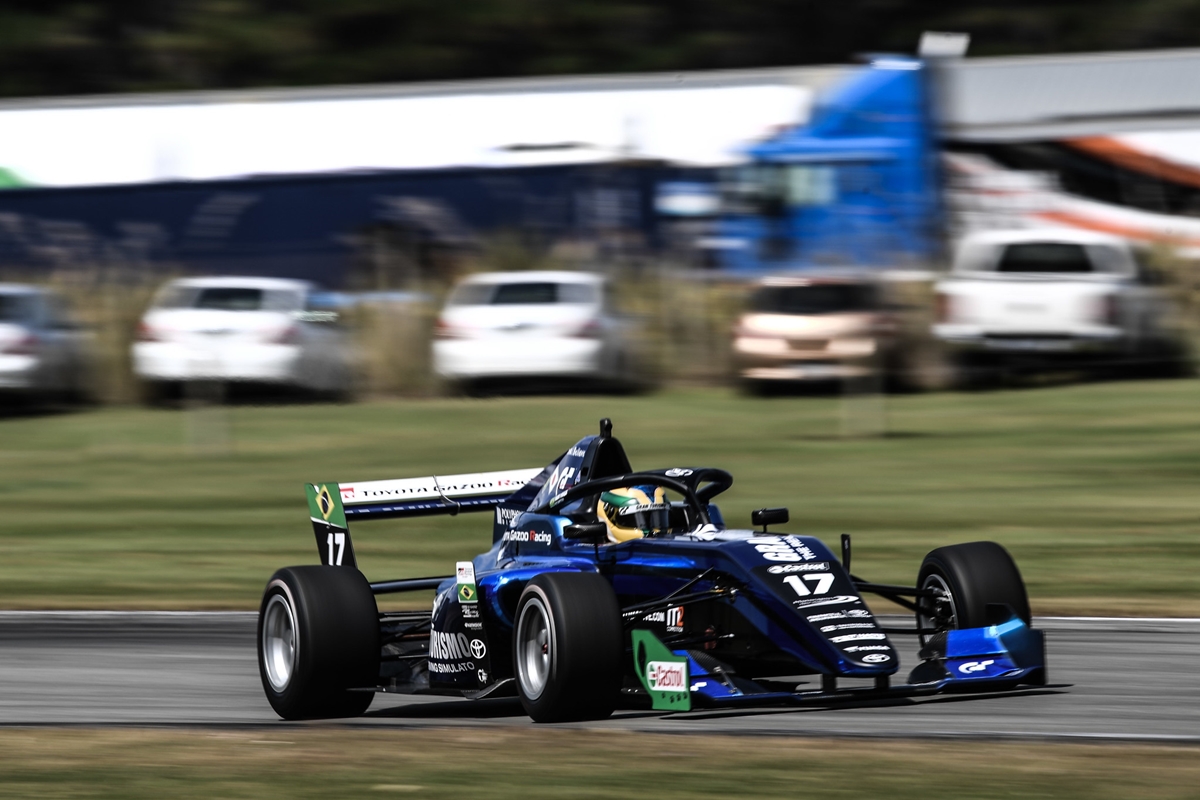 The race-winning move was made at the start of the race, with Fraga making an incredible start to launch down the inside of MTEC Motorsport by R-ace GP poleman Petr Ptacek and M2 team-mate Liam Lawson.

Lawson ended up boxed in and was shuffled down to fifth, while Ptacek really struggled for pace in the opening laps.

There was a safety car period during this time after Spike Kohlbecker punted Emilien Denner out of the race on the opening lap, and Fraga controlled the restart perfectly to escape.

Lawson passed Franco Colapinto for fourth fairly quickly, and followed Caio Collet onto Ptacek’s tail. He moved past Collet down the inside of the first corner a few laps later, then needed even more patience to get ahead of a more comfortable Ptacek.

Fraga has a several seconds lead by this point, and it only decreased slightly in the second half of the race. The Brazilian ended up winning the race by 2.854 seconds, and cutting down Lawson’s points lead in the process.

A valuable first podium went to Ptacek in third, comfortably ahead of Collet and Colapinto.

Red Bull junior Yuki Tsunoda could only manage seventh behind Oliver Rasmussen, but was at least more pleased than Lirim Zendeli in 10thl