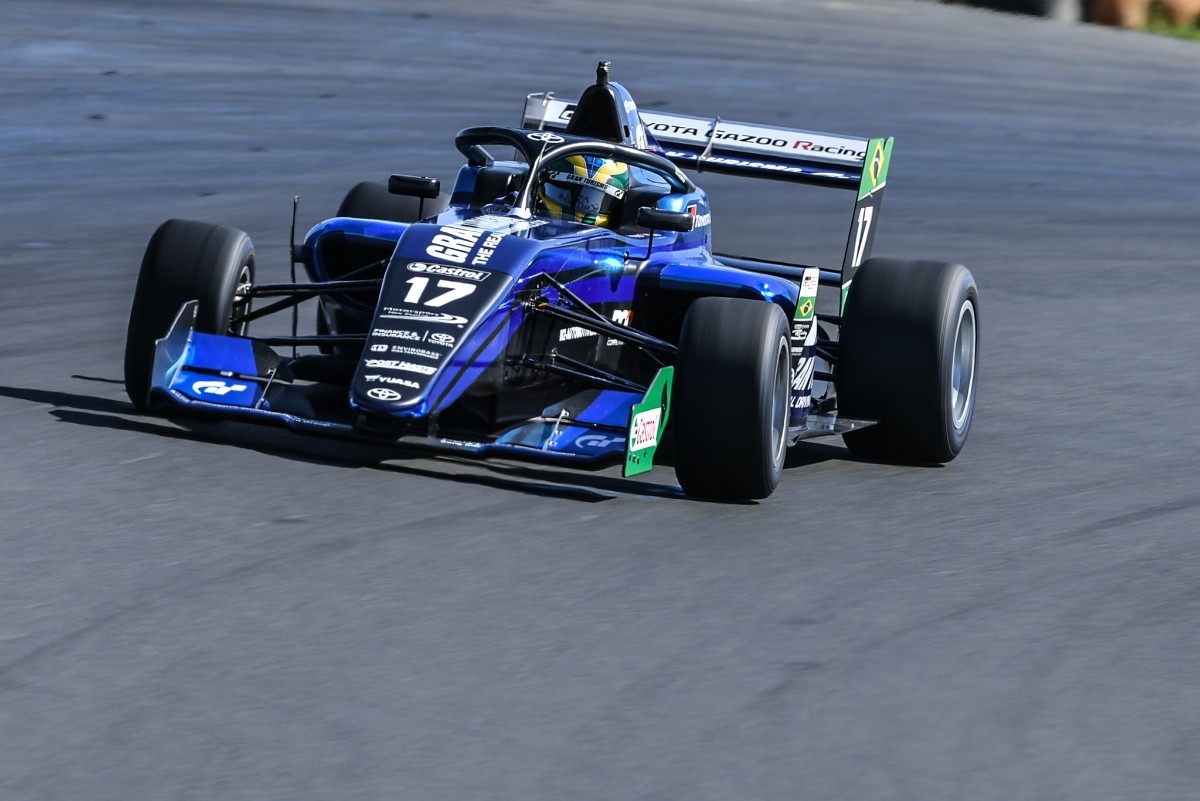 It was Kiwi Motorsport’s Franco Colapinto who led the way early on, but Fraga and Lawson quickly assumed the top two positions and started swapping them.

Lawson took provisional pole just before the session ended, but Fraga bettered his time. Both had set their laps just before the chequered flag, meaning they had an extra attempt each.

Another improvement from Lawson put him back into first place, but Fraga went even quicker by 0.021 seconds.

Giles Motorsport’s Gregoire Saucy and MTEC Motorsport by R-ace GP’s Petr Ptacek, who took race one pole, qualified third and fourth and were the only other two drivers to lap under 1m01s.

Colapinto ended up being shuffled down to eighth, behind Caio Collet (MTEC), Yuki Tsunoda (M2) and Jackson Walls (MTEC).

Another driver to set impressive laps early on was Colapinto’s team-mate Axel Gnos, but the Swiss driver finished the session as the slowest driver, just 0.939s off pole.