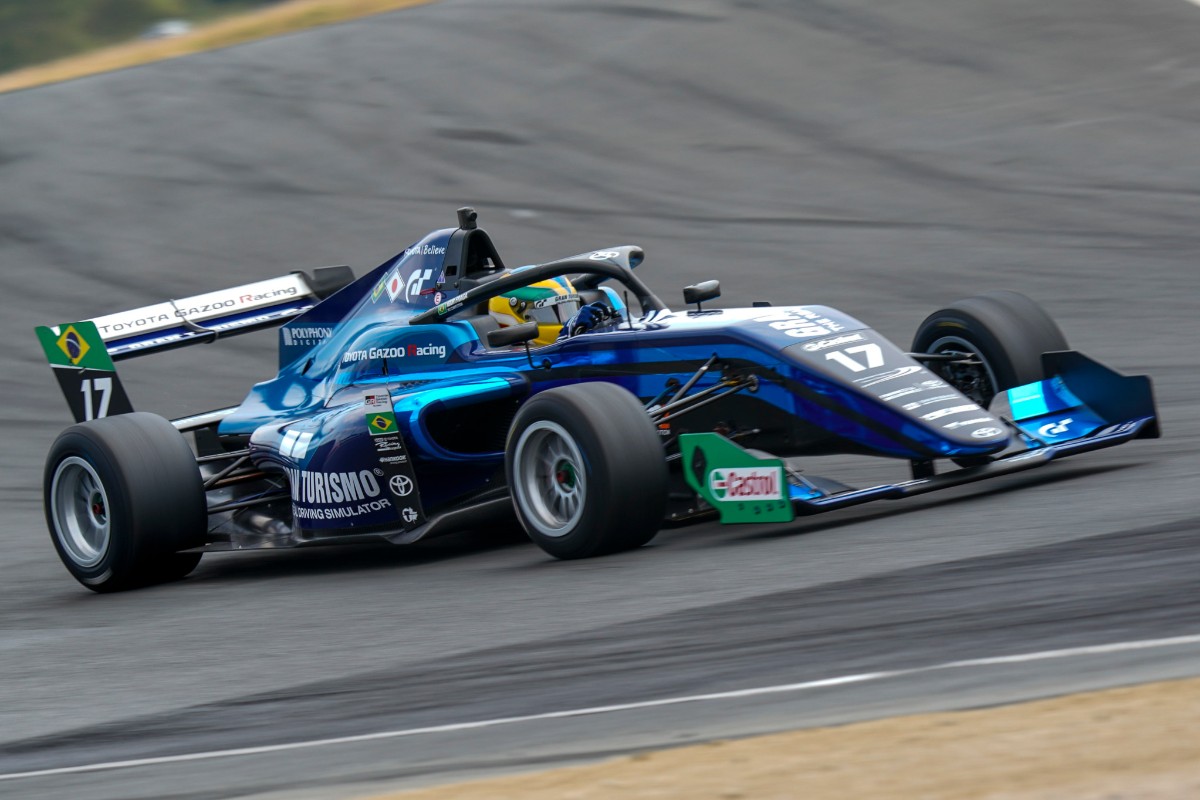 Igor Fraga is the new Toyota Racing Series leader as a result of winning the Denny Hulme Memorial Trophy at Hampton Downs, as Liam Lawson retired.

Fraga sustained a heavy challenge from Lawson, especially after the first of three safety car periods. Lawson tried to go around the outside of Fraga at Turn 1 in a similar fashion to his successful pass on Oliver Rasmussen in race two.

The New Zealand driver kept on Fraga’s tail but disaster struck when he suffered a loss of power, a repeating issue at M2 Competition, and was hit into retirement by the rapidly approaching Spike Kohlbecker.

Fraga kept Giles Motorsport’s Gregoire Saucy and M2 team-mate Yuki Tsunoda behind him for the rest of the race, with two more safety car periods (the latter which turned into a brief red flag) interrupting proceedings.

The result of Fraga’s second win of the weekend is that he moves into a clear lead over Lawson, while Tsunoda rises into third in the standings.

MTEC Motorsport by R-ace GP’s Caio Collet finished the race in fourth after being able to hold of Giles Motorsport’s Lirim Zendeli.

Zendeli’s team-mate Henning Enqvist was able to beat Swedish compatriot Lucas Petersson to sixth, while race two winner Franco Colapinto had to settle for eighth place and a drop to fifth in the points after an early spin.

MTEC duo Oliver Rasmussen and Petr Ptacek completed the top 10, benefiting from the crazy final safety car period caused by the midfield pack colliding on the restart from the second safety car period due to being so close. Just 12 cars finished in the end.