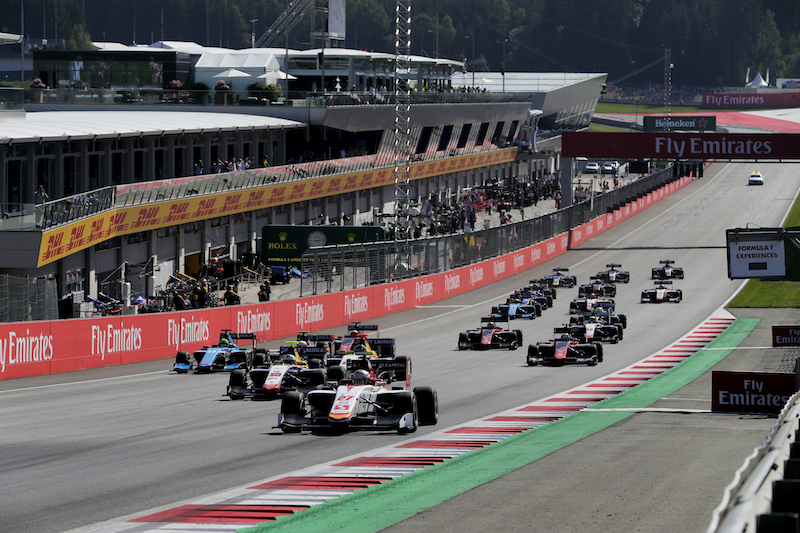 Hyman made a good start to keep the lead, as his fellow front-row starter Alessio Lorandi was swamped by Trident drivers Alesi and Ryan Tveter from the second row and then the three ART drivers that were on the race one podium.

Campos driver Hyman was unable to pull away from Alesi, with no more than eight tenths of a second separating for much of the race.

In the closing laps, Alesi closed the gap and used the DRS to get close to the leader, but couldn’t launch an overtaking move and had to settle for a maiden podium finish, to the delight of his father Jean.

As in race one, Tveter did well under intense race-long pressure, with Nirei Fukuzumi, Jack Aitken and George Russell loitering behind him.

On the penultimate lap, Fukuzumi finally found a way past the American, despite being edged onto the grass on the run to Turn 4, to claim his second podium of the weekend.

The result puts Fukuzumi back into the standings lead, one point ahead of race one winner Russell.

Aitken and Russell completed the top six, and there was last-lap drama just behind them, when Dorian Boccolacci crashed into the rear of Lorandi at Turn 4 and was launched over the top and then into a barrel roll through the gravel trap.

The Trident driver was able to get out unharmed, while Lorandi lost just one place to Anthoine Hubert, who started the race as the lead ART driver but lost out when he went wide at the first corner.