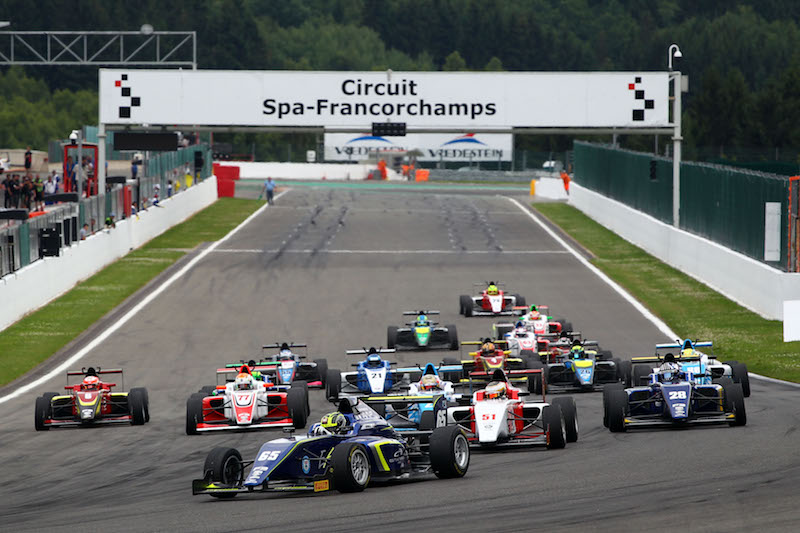 BRDC British Formula 3 leader Enaam Ahmed took his second win of the weekend after a duel with Toby Sowery in race three at Spa-Francorchamps.

Starting from pole, Ahmed kept the lead on the first lap, but Sowery came past him down the Kemmel Straight on lap two.

Three laps later, they went side-by-side at the same point, with Sowery managing to hold on, but after two more laps, Ahmed managed to grab the lead back.

Ahmed managed to stay ahead over the subsequent two tours to win by 0.797 seconds.

Race one winner Ben Hingeley enjoyed a great first lap to climb from sixth to third, but he lacked the pace to make it a three-way fight for the win.

James Pull put moves on Cameron Das and then Callan O’Keeffe within the space of two laps to come home fourth, with Das behind.

Chase Owen had a good run from ninth to finish sixth ahead of series debutant Linus Lundqvist and the returning Tristan Charpentier, who demoted O’Keeffe to ninth with Nicolai Kjaergaard 10th.