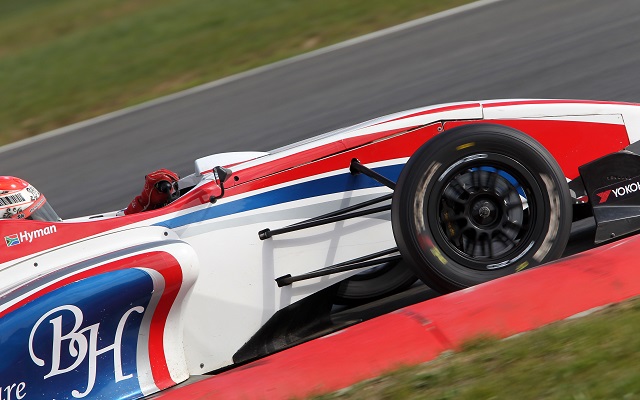 South African driver Raoul Hyman took his second pole position in as many rounds in the BRDC Formula 4 championship at Brands Hatch.

Maini had managed to go fastest earlier, being the first man to lap under the 1:26s mark, but failed to?improve on it the following lap and then opted not to come out at the end, which didn’t allow him to respond to he challenge from Hyman.

The session was briefly red-flagged with just over five minutes left?after?Michael?Claessens spun off at the Surtees corner and was beached in the gravel.

Behind Hyman and Maini, Will Palmer will lead row two on the grid, ahead of championship leader?George Russell, who made it up to fourth despite errors on two of his fast laps. Chris Middlehurst was the best-placed MGR driver in fifth, with Sennan Fielding making it three HHC cars in the top six.