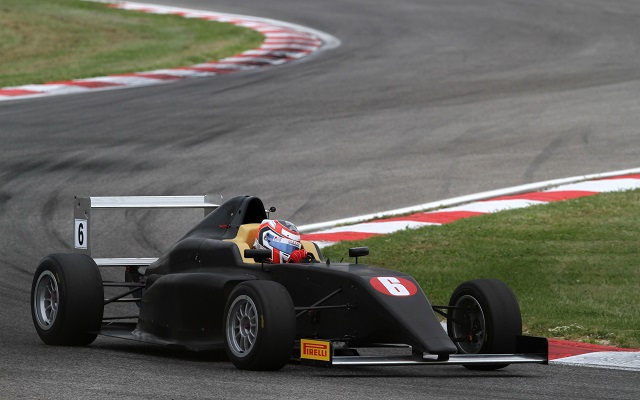 Swiss team Jenzer Motorsport have announced a lineup consisting of four karting graduates for the inaugural edition of the Italian F4 championship.

18-year-old Ali Al-Khalifa is the first driver to be confirmed for the Italian F4 season with the Swiss team. The Bahraini driver has competed in the Swiss KF3 championship in 2012 and 2013. He also participated in the Formula Middle East championship in 2013. He tested Formula Renault 2.0 and F4 with Jenzer in the winter, before settling on the latter for his 2014 campaign.

Alain Valente joins Al-Khalifa at Jenzer for 2014. The 17-year-old Swiss driver moves up to cars after a stellar karting career. He finished second in the Swiss Mini Championship in 2005, in his first year of karts. He won the Super Mini Champions Cup in 2008, following it up by clinching the competitive Swiss KF3 championship in 2010, and the Andrea Margutti KF2 Trophy in 2011. Valente also won the Auto Sport Schweiz Young Driver Project in 2013.

The third driver in the fray is Swiss driver Nico Rindlisbacher. The 17-year-old participated in the German Rotax Max championship in 2013. Along with compatriot Valente, he tested with Jenzer on the first day of the pre-season test at the Autodromo di Adria. Rindlisbacher had also tested Formula BMW machinery at Valencia in late 2013.

Bringing up the four-car lineup is Lucas-Ayrton Mauron. The 15-year-old Swiss driver of Brazilian origins finished second in the Swiss Rotax Max Mini Challenge in 2009, and was fourth overall in the 2012 Swiss KF3 championship.

The 2014 Italian F4 championship season gets underway on June 7 at Adria.