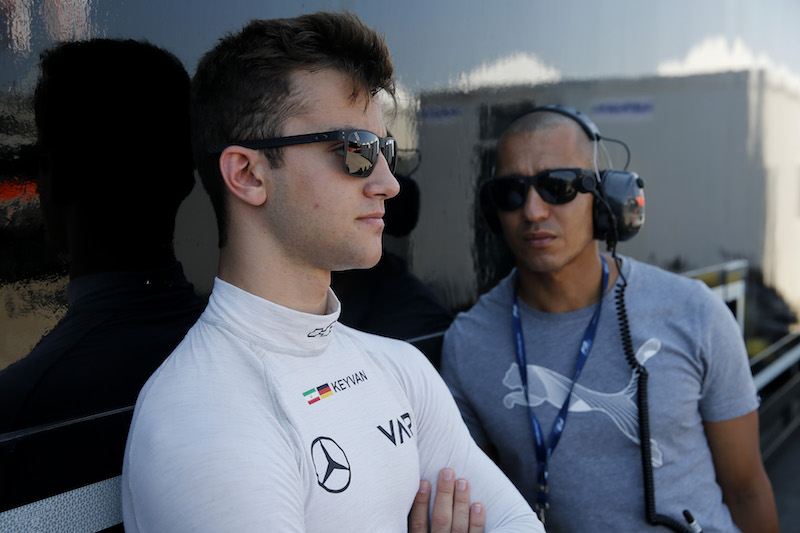 HWA Racelab has revealed that Keyvan Andres will take the first seat for its new venture into single-seater racing in FIA Formula 3.

Long-time Mercedes DTM operators HWA is one of the 10 teams with an entry for the new series, alongside its Mercedes-affiliated Formula E campaign and a new project with Aston Martin in the DTM.

Andres will move across to the new series having previously raced in the Formula 3 European Championship ? finishing 21st and 18th in the standings and having scored a single podium at the Norisring last year.

He used HWA’s Mercedes-branded engines while driving for Van Amersfoort Racing in 2018, after competing with the Volkswagen-powered Motopark squad in his rookie campaign.

The 18-year-old won the 2013-14 Skip Barber Winter Series but has struggled to produce results on the other side of the Atlantic.

?I am delighted to be part of the new Formula 3 team at HWA Racelab,” said the German-Iranian racer, who is known to have tested a previous-generation GP3 car at the end of last year.

“HWA has many years of experience in various different fields of motorsport, and I am sure I will benefit from that.

?My personal goal for the coming season is to continue to improve as a driver. I will do my very best to achieve this.

?Our shared goal is to find our feet in the series as quickly as possible. It is going to be a tough and exciting competition.”

Thomas Strick ? a long-time engineer with the HWA DTM outfit ? has been announced as the F3 squad?s team principal.

?This experience will certainly help us as a new Formula 3 team. At the same time, we can offer him the opportunity to take the final step to becoming the complete racing driver, as he looks to continue his personal development.

?He is the perfect fit for our team. I am looking forward to the season with him.”

HWA?s inclusion on the F3 grid for 2019 came alongside the controversial omissions of both VAR and Motopark.